You are here: Home / Reviews / 10 Best Games To Try On Your iPad Pro

The iPad Pro, the 12.9 inches, and the 9.7 inches have enough screen space to enhance your gaming experience. Sure you must have heard how it will give your spreadsheets more flexibility, but we tell you how you will enjoy playing games with your iPad Pro. There are so many games to choose from, but the following games use the newer iPad’s generous screen to their full advantage. What is the result? A fun and engrossing gaming experience that makes you realize your iPad is worth every buck you paid. 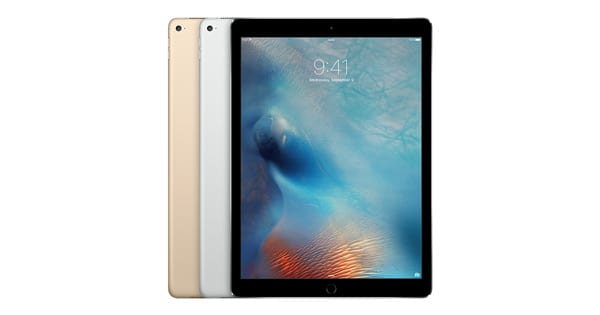 Some of the games listed are very new while others have been around for some time now. Another quality of this particular selection is that it contains games of all types. You will find something to your liking for sure. Here are some games that work well on your new iPad Pro.

Just like other Lego games the tradition continues with this game for iPad. You can build stuff from Lego or break stuff made from Lego. The games have gotten better as TT Games has improved their mobile games. It is no more just an alternative to the console counterpart. It is well made for the mobile platform and is a lot of fun to play. Also, it has an excellent soundtrack. The iPad Pro’s screen makes the Lego experience all the more real.

Set at the beginning of Kingdom Hearts story, it is the collaboration between Square Enix and Disney. It is the crossover between Disney and Final Fantasy through spectacular costumes, vivid characters, and ideal scenarios. However, the game takes up a lot of memory space, which is up to 1 GB. It is a freemium title that is sure to be loved by anyone who likes colors and brightness.

Small World is the video game adaptation of the board game with the same name. Multiple players are required to play on the same screen. So it is not an enjoyable play on the iPad Mini. However, iPad Pro can handle multiple players smoothly, and the experience is truly enjoyable. It is one of the most socially praised board games and we are sure that you will love the experience. The designers have successfully recreated the empire-building gameplay.

This is a favorite game that has been around for a while now. Even though it is played on iPhone as well, you have to admit that the experience is much better when playing on the iPad. And now that the screen is even bigger, the game becomes extra fun. The game’s primary controls are pinching and zooming out. You will also be rotating 3D building with high detailing. It is free but there are in-app purchases to make your game extra special.

Kairosoft has recently updated the game to fit the iPad’s extended screen. It was originally released back in 2011. It is a game that never gets old, but you would probably enjoy Version 2.0 because that version is compatible with the iPhone 6 and 6S. In case you are not familiar with Kairosoft and game Dev Story, it is all about building your development team to create fun and exciting games. You will spend hours on the game without even realizing; it is that absorbent.

The newest version of this game is the best of all as there are several new challenges. This game keeps getting more interesting and captivating with each update. And the iPad Pro makes the vault look super great. The basic gist is to make your vault perfect and keep the residents safe from the Wasteland. If you have never played this game before, it is a must play, especially on the new iPad Pro.

This toy based game was fun to play on the regular iPad, but the new iPad Pro, and its wider screen have made it all the more fun and interactive. The newest version is universal; it is compatible not just with iPad but with other Apple devices, iPhone, and even the latest Apple TV. It would not be wrong to call it an addictive game. And you may also end up spending a lot of money, buying vehicles and figures in efforts to make it more fun. Keep a check on yourself!

You know those games that take up much of your days’ time. This is one such game. But it will not grab your money because it is a pay-once game. The Warbits is worth playing on the iPad’s big screen. However, it requires some effort and time at your end to master it. It is not about how big your army is. It could have easily gone to the path of being a freemium game.

This is the third installment of the game. It is a puzzle game that is best suited for playing on the iPad Pro’s bigger screen. You will need extra horsepower for this one. Earlier iPad’s or iPhone’s may not support the game fully. It uses smart touch controls to give it an enhanced feel. The game requires close examination which is only possible on a wide screen. Therefore, if you have an iPad Pro, you are lucky enough to enjoy this game.

We have been talking about games that are better to play on the bigger screen, but this game is fun to play on all screen sizes. You can play it on your iPhone or iPad Pro. It has some breathtaking features, and you will find their castles and the whole color settings of vivid bright and darker tones together, much mesmerizing. The silent princess will use your guidance through these spectacular locations. It is hard not to fall in love with this game.

This list should be enough to get past your summer playing exciting games on your iPad. Make sure to get the latest versions of these games, as with every version newer features are added.