You are here: Home / News / Apple News for Publishers: Here are the Changes

This week marked an interesting change for Apple. After talking and working with many of the country’s major publishers such as New York Times and 100s more for quite some time now, Apple decided this week to open the flood gates to all Publishers. It will allow individuals and independent publishers to deliver content via its native news platform. This is a change in strategy since it launched the Apple News service in September 2015.

We also remember the announcement from a few months back that Apple was getting out of the Ad business. During January, WSJ reported that Apple laid off about 100 sales employees as part of the decision, according to people familiar with the matter. “While some iAd sales positions will be impacted, we are creating new jobs in operations and engineering to support these new advertising efforts,” said an Apple spokesman, who declined to comment on the exact number of layoffs. 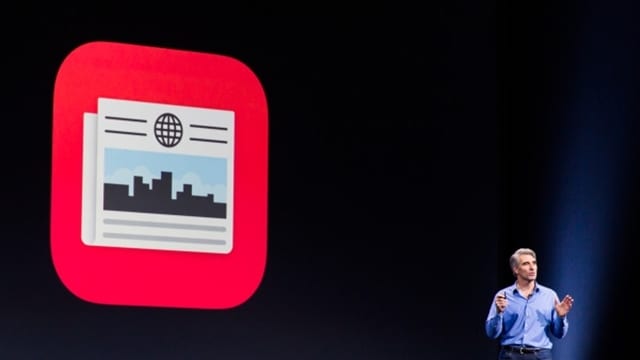 Interestingly, when you visit the Apple News Developer site, it clearly says that a publisher can keep 100% of the revenues from ads it sells or 70% when Apple sells the ad on the publisher’s behalf. This would mean that although Apple may have discontinued iAd banner and video within iPhone Apps, it still plans on generating some revenue by selling Ads via its News Offering. The Apple News is the only platform via which Apple will be serving advertising.

Market researcher eMarketer estimates that in 2015, Apple accounted for 2.6% of U.S. mobile advertising market, which totaled $30.45 billion. By comparison, Google and Facebook took home 32.9% and 19.4%, respectively, of the U.S. mobile ad market. You may also remember that the company admitted that at least 40 million people have tried out the Apple News Service, but the company is not exactly sure how many people are reading Apple News on a regular basis.

In order for the news to work seamlessly on mobile platforms, it needs faster loading times and could benefit from associated technology such as Google’s AMP. Perhaps the story of Apple moving some of its servers from Amazon cloud to Google last week may suggest a shift in Apple’s strategy.

What exactly is going on with Apple News?

Is it a play on attracting incremental revenues by ads or is it more than that. There is more thought from Apple around the additional income on this platform.  Apple has cleverly redesigned its Ads for the new News platform. The new ad format for the news app is designed to put banner ads more seamlessly side by side with regular articles in the news feed. Think of it more as native advertising where it seamlessly blends into the existing content.

New Competitors are also finding this marketplace very attractive. Last Month, Facebook announced that it is going to open its Instant Articles service to all publishers, regardless of size and location. You also have players like Flipboard, Snapchat Discover and news360 vying for a share of the same market.

If you are interested in joining the Apple News publisher program here are a few steps to accomplish this.

And most importantly, This is absolutely free so feel free to take it our for a test drive!