You are here: Home / Q & A / Channeling Ken Burns with iMovie for OSX 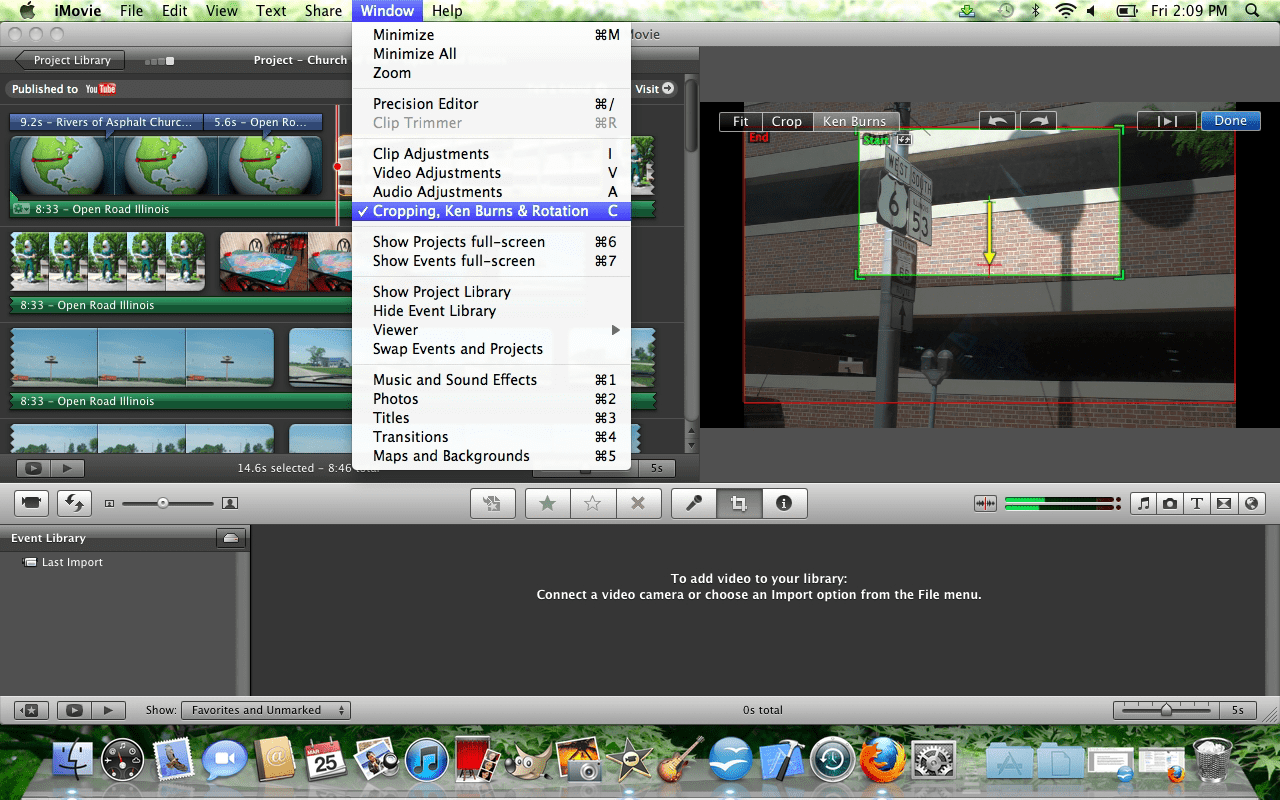 Needing to promote a recently finished music project about Route 66, I wondered about using a collection of unused digital photos taken along The Mother Road in Illinois.

Wouldn’t it be great if there was a way to turn them into Ken Burns-like video and then upload the finished work to YouTube? Never having used iMovie on a MacBook primarily purchased for iPhone programming, I started the program for the first time, wondering about its capabilities.

After poking around iMovie’s menu structure, I was pleasantly shocked to see a menu option called, “Cropping, Ken Burns, and Rotation.” iMovie actually named a function after Ken Burns? 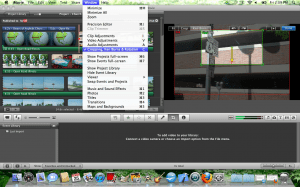 The Ken Burns function allows iMovie to move or zoom the point of view of a static image over time, a similar effect seen in many of Ken Burns’ documentaries, most famously The Civil War. It’s a simple process of setting a start and end portion of the image and clicking Done.

Pressing the Play button in the iMovie viewer or the space bar tests the new effect, but dragging the playback cursor allows for greater control.

The Ken Burns function allows for a wide range of effects, from panning in any direction across a photo, to slowly zooming out on a image over time. The “Open Road Illinois” track used in the promo video contains many slower ambient sections that worked well with gradual zooms.

After importing the audio track, most of the actual production work involved syncing the pans and zooms with the music, a process made easy by iMovie. This is impressive coming from essentially a free software program included with OSX.

Fine-tuning the Ken Burns effect is a simple process in iMovie. Highlighting any clip reveals a button, the time of the clip, and a blue drop-down menu at the left. 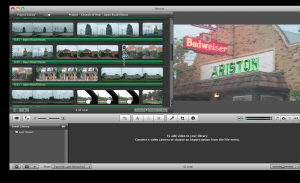 Double-clicking the button or selecting “Cropping, Ken Burns, and Rotation” from the drop-down menu brings up the detailed editing screen talked about earlier, in the top right window. 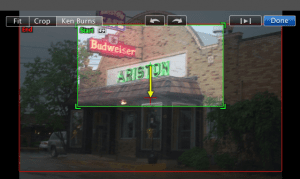 Click “done” when finished to save the effect edit. If the video is already uploaded to YouTube, the user is allowed to undo the edit if the the video was altered.

Finally, adjusting the clip timing is sometimes necessary to match up the image panning to the background music track. iMovie also makes this simple by selecting “Clip Adjustment” from the dropdown menu discussed earlier. The following dialog box appears.

Changing the clip’s duration is all that is necessary. Some trial and error is usually needed for precise matching of the music with clip transitions. It is also possible to add video effects from this same dialog, but they weren’t used in the “Open Road Illinois” video.

iMovie is an easy-to-use program that brings professional quality video editing features to anyone with a Mac. Adding ending credits and a fancy introduction took about fifteen minutes. Once this video was completed, uploading it to YouTube proved to be another simple task. Search for “Open Road Illinois” on YouTube to see the channeling of Ken Burns after merely a couple hours of work in iMovie.