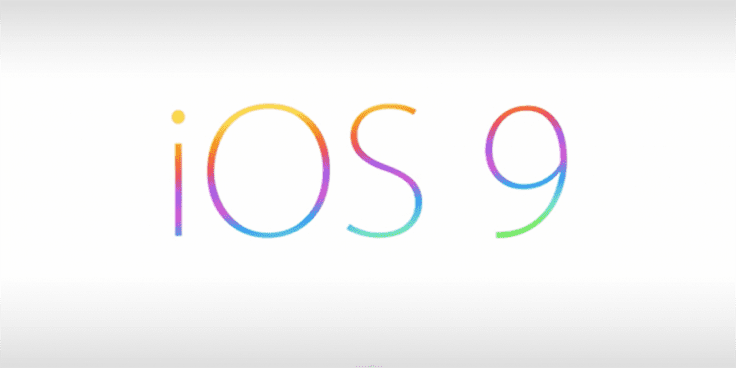 Every year Apple releases a new upgrade to the iPhone and iPad operating system, iOS. Each update brings new features, some bug fixes, and — an assortment of user complaints about new and ongoing issues. Let’s look at some of those issues.

First, we’ll start with the big one – a problem with the upgrade itself that left users unable to finish the setup process and locked users out of their phones. Whoops! That’s a big deal. Thankfully, there is a fix for those affected, and Apple has already rectified the issue for those who haven’t yet upgraded.

If you haven’t yet updated to iOS 9, Apple has released iOS 9.0.1, which prevents this lockup and also resolves a few other issues. So, when you go to update, as long as your iDevice says 9.0.1, you are taken care of.

If you are unfortunate enough to have tried upgrading to the initial release of iOS 9 and found yourself affected by this bug, here’s what you need to do, according to Apple.

(1) Connect your iOS device to a computer. Then make sure that iTunes is open.
(2) While your device is connected, press and hold the Sleep/Wake and Home buttons until you see the Connect to iTunes screen.
(3) When asked, choose Update.
(4) Once the restore is done, finish the onscreen steps to set up your device.

* If you already resolved this issue by restoring your device

Not all devices were affected, and the issue is now fixed so new upgrades won’t have this issue. However, for those affected, it’s a pretty big slap in the face to find their iDevice stuck and unusable before it can finish an upgrade. You may also try these tips.

A number of users on Apple’s discussion forum and on other sites are complaining of issues with cellular data. Some aren’t able to get their apps to access data when on LTE, others are saying their preferences have been reset, allowing all apps to access cellular data, even if they were originally set to off.

While there’s no common thread between the cellular data issues, and therefore no guaranteed fix, if you’re experiencing these issues or similar, you can always try the following steps:

(1) Open Settings > Cellular. Ensure that Cellular Data is turned on. If it is, toggle it off and on again.
(2) Also, check the Enable LTE setting and ensure that LTE is enabled for Voice and Data.
(3) Try putting the phone in Airplane mode, then turning Airplane mode off.
(4) Open Settings > General > Reset, and choose Reset Network Settings.

The last step will erase any stored Wi-Fi passwords on the phone, but otherwise, leaves everything in place. You may also try this and this.

Every iOS release brings with it a slew of complains about problems with Wi-Fi connectivity, and along with those new complaints, a sea of users who bemoan that the update did not fix their problem. iOS 9 is no exception.

What’s the take away from this? You can try the usual sort of fixes to reset your phone’s networking:

But the real takeaway should be that Wi-Fi is tricky to diagnose and it’s very difficult to say whether an update caused an issue or whether it’s just a slight difference that’s now more noticeable. Bottom line: if you’re experiencing Wi-Fi issues after upgrading, you should determine if the problem is happening at more than one Wi-Fi location. If not, you may need to check your own router setup, as the problem really could be there.

Just like Wi-Fi, every iOS upgrade seems to bring with it some Bluetooth woes. Many users are finding that their car or earpiece suddenly drop their connection, or refuse to connect if another device is already connected via Bluetooth. For many, turning Bluetooth off and back on fixes it, but that’s not a good long term solution.

To troubleshoot Bluetooth issues, it’s best to repair all Bluetooth devices and go from there. To do that, you’ll need to open Settings > Bluetooth, and for each device, tap on the (i)nfo button and choose “Forget this device.” You’ll then need to re-pair the devices, using whatever method they use to pair (connect for the first time).

To re-pair headsets, a good rule of thumb to follow is to turn the device off, hold down the “call/answer” button, and turn the headset back on while still holding down the button, until you hear a series of beeps.

To re-pair other audio devices, the process is usually similar, holding down a power button or bluetooth selector until a light on the device blinks.

Although Apple ensured everyone that the iOS 9 update would only comprise of 1.3GB in size, that doesn’t mean that some devices are prepared for it. For many consumers that have older iPhones and iPads with the spaces of 8GB and 16GB, it can seem rather challenging to make room for the new iOS 9. It’s wise to ensure that they are managing their storage properly by syncing to iTunes or other storage mediums. It is important to note that the new iOS 9 update allows users to temporarily delete their apps for an easy and successful upgrade. Upon completion of the upgrade, these deleted apps will be replaced.

However, to make the transition easier, it’s best to complete a few simple tasks before beginning the iOS 9 upgrade. These easy tasks will better ensure a successful run without much complication. On your device, delete messages and attachments that you don’t need. Remove all junk and trash files. Most importantly, transfer all photos, videos and files to a backup source or computer and then delete them from the device.

Nothing feels better than to start an iOS update and a clean and organized device! Until, of course, you realize that you have to spend the next day setting things up the way you like them, again. If you do not have enough space, here is how to install iOS 9.

Speaking of space issues, don’t expect to see a huge amount of space freed up from Apple’s “App Thinning” that’s supposed to reduce the size of apps installed. It was cut from the initial iOS 9 release, citing issues with how iCloud handles backups and restores. There’s no word from Apple on when this much needed feature will be fully implemented. One day. One day.

One of the killer features of iOS 9 is that it’s suppose to be a refinement of iOS 8, making devices even faster and better. But what if you were on an old iDevice and running iOS 7? The jury is still out on whether or not iOS 9 will give you a speed increase over iOS 7. In the meantime, if you’re having issues, here are some places you can speed up iOS 9. Note that, many of these will disable some of the new features in iOS 9, but if you were simply looking for a faster and more stable user experience on an older device, that’s probably what you wanted.

Apple has made it well known that the new iOS 9 update gives users an extra hour before they have to plug in the charger. However, so the memo isn’t missed, the Low Power Mode option is not available for iPads. It’s exclusively for iPhones. This has been understandably misleading to many iPad users whom have mistaken this unavailable option for a pesky iOS 9 bug. That’s a feature, not a bug. The device just isn’t set up to have the Low Power Mode option, because Apple assumes its massive battery is sufficient. Your mileage may vary.

For users that are wondering why this option is only available for the iPhone, the most popular idealization stands to believe the reason stems from the more extensive use of iPhone over the iPad. The iPhone is generally used more and therefore, drains battery much faster than the iPad. Don’t fret, however, as it’s a possibility that the option will be added for the iPad sometime in the future.