This morning, journalists from some of the biggest publications released their reviews of the Apple Watch Series 3. The device is the first in the lineup to feature an LTE radio, and also features increased fitness capabilities.

While the idea of going phone-less with an Apple Watch sounds intriguing, early reviews were mixed due to performance issues and poor battery life. The device received some of the lowest scores in modern Apple history.

Below, we’ve rounded up some of the opinions from journalists to help you decide if you should buy one: 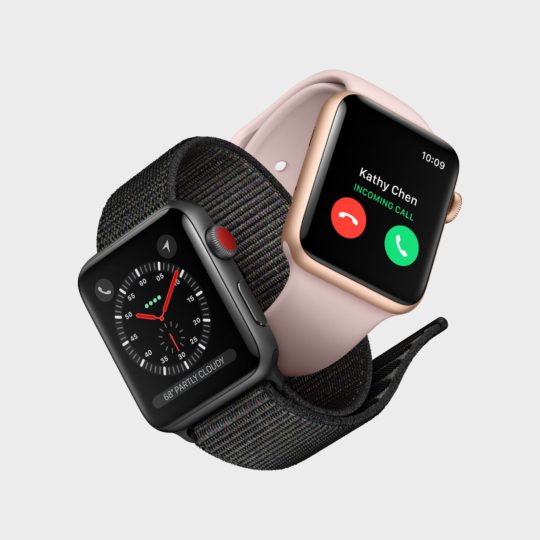 The Apple Watch Series 3 starts at $399 for an LTE connected model, the same price as the previous Apple Watch. Additionally, you can get a model without LTE starting at $329, and a Series 1 for $249.

However, if you purchase an LTE model, you’ll also need to factor in service charges:

Lauren Goode, writing for The Verge:

If you’re intrigued by the Watch with LTE, you’re also going to have to factor in a monthly cellular cost. You don’t need a separate plan or phone number for the Watch, but you will need to pay a separate fee. All four of the big wireless carriers in the US — AT&T, Sprint, T-Mobile, and Verizon — will offer Apple Watch plans, and they’re all $10 per month on top of your phone service plan. In most cases, you’ll get the first few months free. (Sprint’s is technically $15 per month, but you get $5 off if you enroll in auto-pay.)

There’s some fine print worth examining, too. For example, Sprint’s plan includes unlimited data, but other carriers will base your Apple Watch data usage on the smartphone plan you already have. So if you’re an AT&T Unlimited Plus or AT&T Unlimited Choice customer, your Apple Watch Series 3 data will also be unlimited, but if you’re on an AT&T Mobile Share Advantage plan, the data from the Watch will count against your monthly bucket.

Apple Watch Series 3 features the same design as its predecessors, however, now also feature a red dot on the Digital Crown to indicate an LTE model. It’s pretty ugly.

The only identifiable mark of a cellular watch is a red detail on the digital crown which has been compared to a “Christian Laboutin-esque sole” by some Apple peeps, but — and I’m really sorry for this — all it reminds me of is my period.

Of course, it’s tiny and a matter of personal taste, but it’s kind of jarring on the gold watch. Not so much on the silver or space gray cases, though.

There’s no way to review this watch without mentioning the red dot on the digital crown. All cellular equipped Series 3 watches, including all the stainless steel models, the ceramic Edition models, and the Hermès models, have this red dot. I don’t get it. It’s not that it looks bad in and of itself, but it draws unnecessary attention. I would much prefer this watch if it were black. Also, red doesn’t go with everything, and a huge part of the fun of Apple Watch is swapping bands. Apple sells a lot of watch bands that clash with the red dot.

The headlining feature of Series 3 is LTE connectivity. While the feature is cool in concept, many reviewers had issues:

Apple Watch Series 3 with cellular networking completely alleviates this anxiety. It is not a replacement for a phone, and is not supposed to be. But it lets you leave your phone at home when you go for a run, or in your locker while you’re at the gym, or in your hotel while you go to the beach, and not worry in the least that you’re out of touch.

Audio quality for phone calls on the watch is very good. People I called via the watch said I sounded great, and I could hear them loud and clear. And all of my testing of phone calls on the watch took place mid-day on busy city streets — full of traffic and pedestrians — here in Philadelphia. People won’t know you’re calling them from your watch if you don’t tell them.

A cellular device is, sometimes literally, a lifeline. That’s why I can’t recommend the cellular Apple Watch Series 3 until the connectivity is more reliable. Even then, the battery life could be a buzz kill for some.

After testing the cellular watch for a week, I found it to be an excellent smart watch that is a significant improvement over the first Apple Watch, which was slow, confusing to use and deeply flawed.

It became apparent after my first full day using the Apple Watch Series 3 with LTE that something wasn’t right… phone calls did sometimes work from the Watch, but I had to manually tap through my contacts or recent calls list on the Watch and initiate the call that way. (Calls through Bluetooth headphones sound good, but the Watch’s built-in audio isn’t ideal for extended conversations.) By 11:42 that morning, after 60 minutes of working out with LTE, multiple attempts to use Siri, and two seven-minute phone calls, the Watch’s battery had drained to 27 percent.

So Apple replaced my original review unit with a second Series 3 Watch… [b]ut that doesn’t mean the LTE connectivity issues went away. On more than one occasion, I detached myself from the phone, traveled blocks away from my home or office, and watched the Watch struggle to connect to LTE. It would appear to pick up a single bar of some random Wi-Fi signal, and hang on that, rather than switching to LTE.

“We have discovered that when Apple Watch Series 3 joins unauthenticated Wi-Fi networks without connectivity, it may at times prevent the watch from using cellular, we are investigating a fix for a future software release.”

Apple Watch Series 3 clearly has potential, but at launch has some major bugs to iron out. We wouldn’t recommend buying one at launch, and rather would recommend waiting for some software updates before considering a purchase.