I like when a product is simple but yet functional. I also like when the product does what it is supposed to do and looks are somewhat important as well. This is exactly what the Elago P2 iPad stand is. It is a stand for the iPad and the iPad 2. Elago was gracious enough to send me a stand to review and I was not disappointed by it. 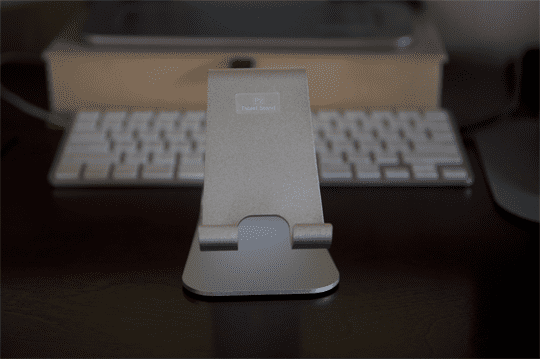 The first thing I noticed about this stand is its simplicity. This is one of its greatest features as well as one of its only flaws that I saw. I will explain more in a minute. But the stand itself has a brushed metal look to it. This is very similar to the Macbook Pro and iMac lineup. I was able to fit both an iPad as well as an iPad 2 on the stand. I could even fit an iPad 2 with a Smart Cover on it on the stand and it would work well. 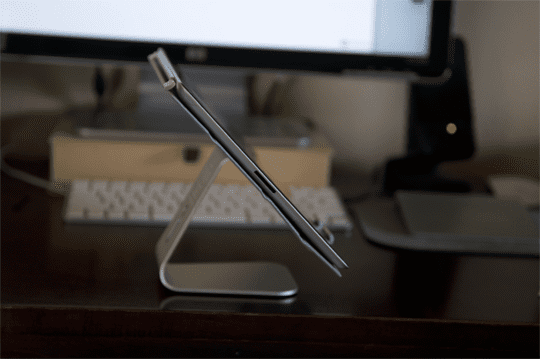 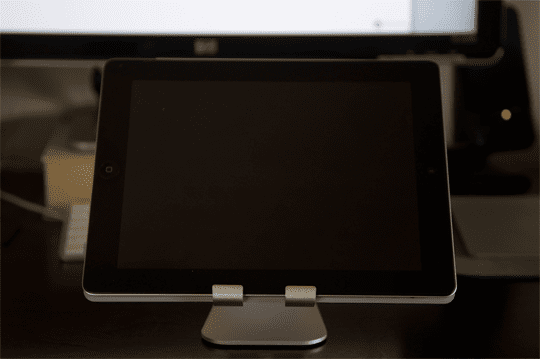 In the back there is a slot for you to put your cords through to the iPad. So if you want to charge it while it is on the stand or hook up your iPad to some speakers using the audio jack you can do that. This is very handy to have, especially for me when I use my iPad at work. 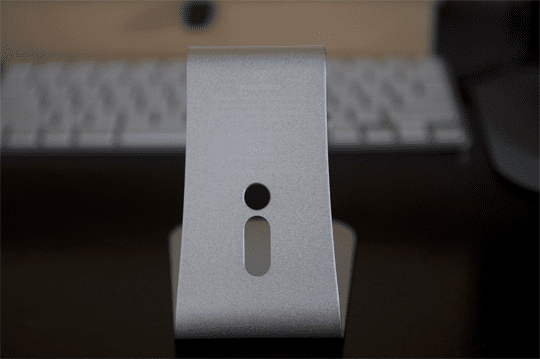 The other nice feature of this stand, which I am not sure that it was intended was the fact that you can also use this as an iPhone stand as well. At least I was able to do it with my iPhone 4. It worked well and I actually found it handy at times to do this. 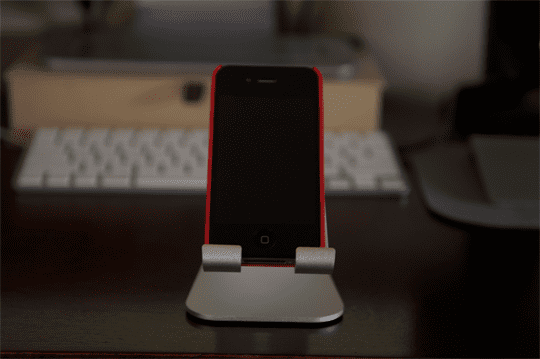 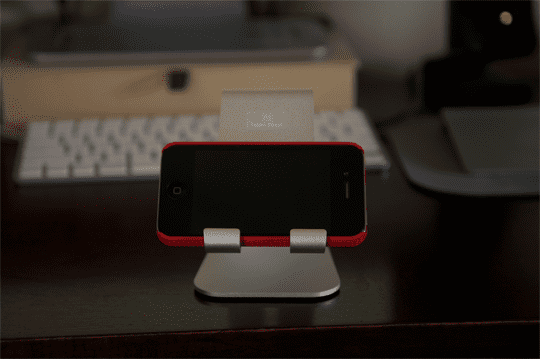 The one minor flaw that I saw with this stand was that it was not adjustable. So you had to live with the height and angle that it was at. And to be honest, it is at a good height and length. But I did find at times when I wanted to do different things with my iPad, I was wanting to switch the angle of the stand. For example, when I used Face Time, I wanted it at a different angle than what it was at. There was no way to change that. Not a deal breaker, but something worth noting.

I highly recommend this stand if you are looking for a functional stand that works and looks good. You can get the iPad stand for $30 from Elago. I personally think that is a good price for the stand. Do you have a favorite iPad stand that you like? Let us know in the comments.