iPhone day has finally arrived, as Apple has taken the wraps off of its 2019 flagship lineup. The iPhone 11, 11 Pro, and 11 Pro Max have been announced, and are set to take the world by storm.

These smartphones all sport similar designs to that of the original iPhone X from two years ago, with one big change. The camera bumps are no longer oblong but are instead squared for each model, and for good reason. 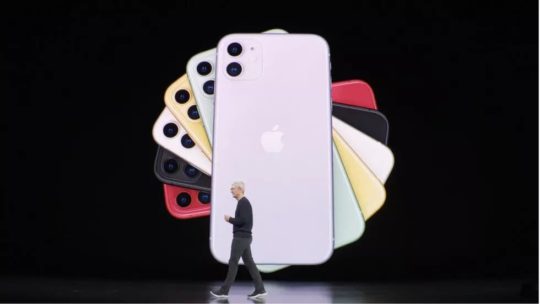 The iPhone 11 is the true successor to the iPhone XR which became one of Apple’s most popular smartphones in years. This is the “entry-level” device, as there are a few major differences between the 11 and the Pro models.

Starting off, the iPhone 11 comes with a 6.1-inch LCD Retina display, along with the rugged Anodized Aluminum frames. Under the hood, Apple has included the all-new A13 Bionic processor, which is faster than any other smartphone on the market today. 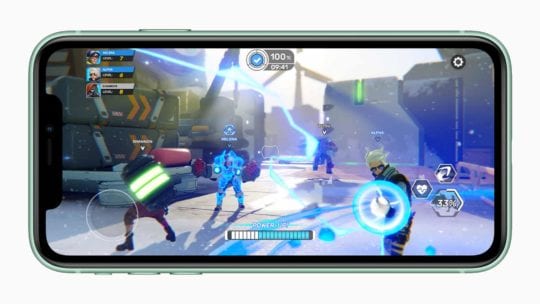 To be honest, these are just the same incremental upgrades one would expect to see from Apple. The big story here comes in the camera system that has been changed for iPhone 11. Moving away from the single-camera system in the iPhone XR, the iPhone 11 offers a dual-camera system.

Included is a new 12MP wide-angle camera, along with a 12MP ultra-wide camera. The ultra-wide camera even includes 2x optical zoom, with an updated camera interface making it easier to see details outside of the frame.

Apple didn’t forget about the selfie camera, as the sensor has been upgraded to a 12MP TrueDepth sensor. This new camera includes 4K video recording, along with Slofies, or Slow-motion selfie videos.

Another big change with the iPhone 11 comes in the form of battery life. Apple states that battery will last up to one hour longer than the iPhone XR, which is impressive considering how reliable the XR’s battery already was.

IP68 is on board, meaning you can take your phone for a light swim in up to 2-meters of water. All of this comes in an ultra-affordable package and is priced at just $699, which is cheaper than the iPhone XR ($749). The iPhone 11 will be available for pre-order on September 13th at 8AM ET, with shipments to begin on September 20th. 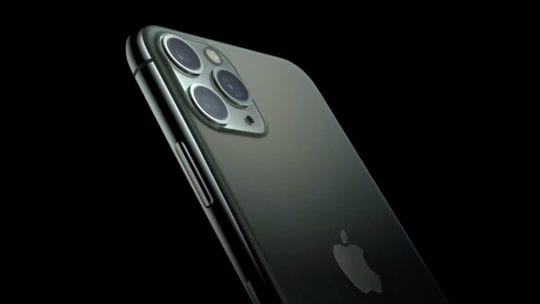 Both devices share all of the same specifications, with the only differences coming in screen size and battery life. Under the hood, Apple has included the same A13 Bionic processor from the iPhone 11 but is also including a new Machine Learning Controller, for better AI processing on your pocket computer.

The Pro and Pro Max also include a 12MP telephoto camera sensor, which is not found on the iPhone 11. All three devices share the same 12MP wide-angle and 12MP ultra-wide-angle camera sensors, which is something that should be commended. 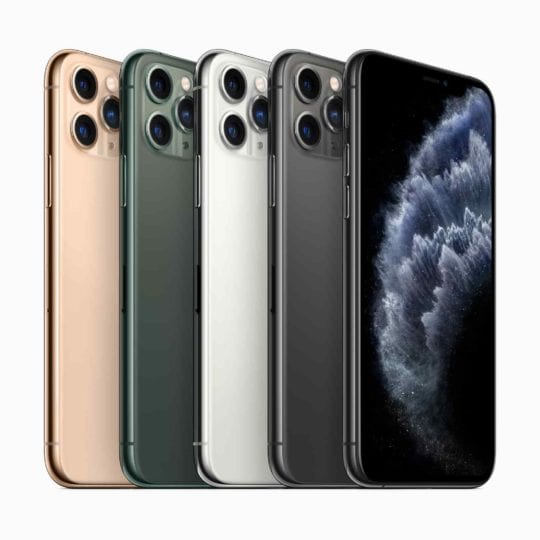 These cameras are capable of shooting 4K video at 60FPS, with Extended Dynamic Range. This means that you will get better video recording quality, while improving many aspects that the iPhone XS line fell short in. 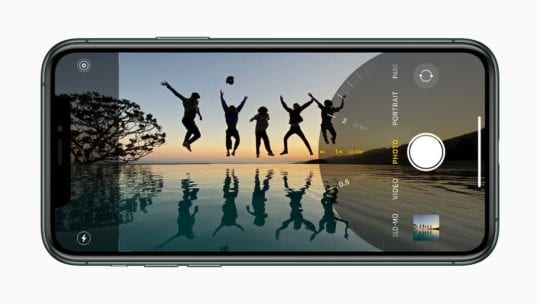 One of the biggest gripes regarding the iPhone over the last 5 years or so has been the included charging brick. Apple has stuck with the same old 5W charging adapter for so long that it has become a meme. But the iPhone 11 Pro and Pro Max shake that meme-status thanks to Apple including a new 18W fast-charger in the box. 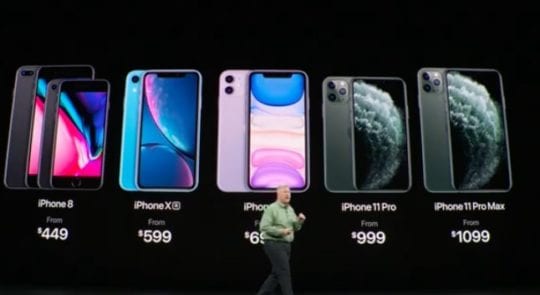 What about those older models? Apple has decided to keep the iPhone XR and iPhone 8 around. These new “budget” models will be priced at $599 for the XR and $449 for the iPhone 8. It’s great to see Apple offer so many different models for different price points.

Stay tuned to AppleToolBox for more coverage on Apple’s latest handsets. In the meantime, let us know whether you will be upgrading, and if you will be attempting to place your pre-order this Friday?