Apple is planning a slew of major announcements for a special event during the companies World Wide Developer Conference next week, according to sources familiar with the matter. Apple plans on unveiling software updates for all of its platforms, including iOS 12, macOS 10.14 Mojave, and watchOS 5, as well as updates to the companies tvOS and HomePod platforms.

In addition, the company is also planning to unveil major changes to Siri, the companies virtual voice assistant, which has lost traction to competition from Amazon and Google throughout the last few years. Additionally, Apple plans to unveil a new line of hardware products launching this summer, including next-generation iPad Pros with Face ID, and new Mac devices.

Apple had originally planned on unveiling major redesigns to its iOS and macOS operating systems during this year’s WWDC, however, late last year, decided to push back this redesign and other planned features to instead focus on performance improvements.

[Update 06/03: Bloomberg reports that Apple will wait until Fall to unveil new iPad Pros. While the details surrounding the device’s design and capabilities remain accurate, we are no longer certain an announcement is likely. An early preview remains possible, as at some point within the last month and a half Apple had planned on unveiling these devices at WWDC.]

Apple will unveil new 10.5-inch and 12.5-inch iPad Pros at WWDC, according to sources familiar with the matter.

The updated devices will be the first non-iPhone X products to receive Face ID, allowing users to unlock their device and authenticate information using their face. Face ID on iPad Pro will allow for the elimination of the traditional home button and thus allow for new, slimmer bezels on both devices.

Additionally, the new iPad Pros will be the first to include Face ID 2.0, which allows for faster facial recognition, as well as the ability to use Face ID in any orientation.

With iOS 11, Apple introduced a series of new multitasking capabilities to iPad based on gestures. This move was done in part with Face ID in mind and allows for both new iPad Pros to ship with iOS 11 and be able to work without a home button. However, Apple is preparing additional improvements to this gesture based system that will be released alongside iOS 12 in the fall. Internally both new iPad Pros will feature an updated A11X processor and improved cameras.

Both new iPads will be available soon after the WWDC event, at the same pricing configurations as the current models.

Apple is planning on unveiling new Mac hardware at WWDC according to sources familiar with the matter. This includes a refreshed MacBook, as well as a new non-Touch Bar MacBook Pro.

The company is also working on a heavily improved MacBook Pro with TouchBar, with the most notable changes being a reengineered keyboard and lower starting price. The update comes after increasingly-louder complaints for Apple to recall the 2016 and 2017 MacBook Pros due to poor keyboard performance. While the company was originally planning on unveiling this device at WWDC, it may have been delayed until the fall to greater address the keyboard issues.

Apple is working on a new, low-end, 13-inch MacBook Air-like device to succeed the current MacBook Air. While Apple had originally planned on discontinuing the product line, steady sales of the years-old device have forced Apple’s hand. While the device has been ready for some time, Apple has yet to release it. The company is likely to announce it next week, however, may end up delaying it or canceling it all-together. 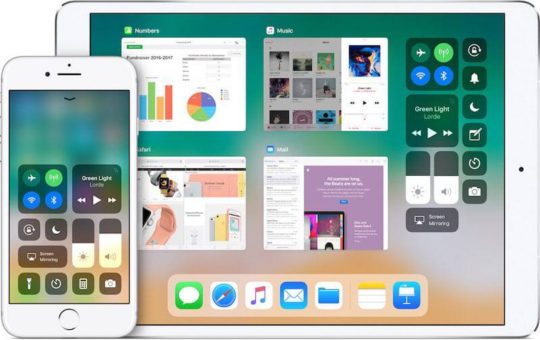 iOS 12, which will release in beta form for developers next week and be available to the public this fall, was originally planned to be a major update alongside Apple’s “Marzipan” initiative, which includes a number of major projects including the ability to run iOS apps on Mac devices. After a number of high profile bugs in iOS 11 and other aspects of Marzipan not being ready for this year’s event, Apple opted to push back the new design and other planned features to instead focus on stabilizing the platform.

Despite the focus on performance and stability, iOS 12 includes a number of new feature additions. 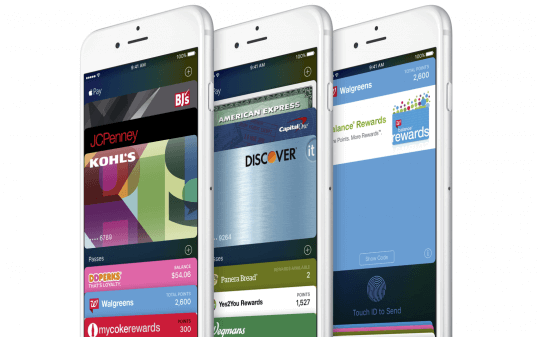 iOS 12 greatly expands the capabilities of iOS’s Wallet application, according to sources familiar with the matter. With the update, third-party developers will now be able to add a greater variety of ‘passes’ to the app, including support for hotel room and car keys, as well as transit cards.

Apple also plans on opening up the capabilities of the iPhone’s NFC chip to developers via a new API. The new tool would allow a developer to create an app that interacts with the real world via programmable NFC chips once they come in contact with one another.

iOS 12 includes a series of new Animoji, the feature introduced with the iPhone X that allows users to send emoji-like videos with their facial movements using the iPhone X camera system.

The new update will also allow users to use Animoji during FaceTime video calls, according to sources. 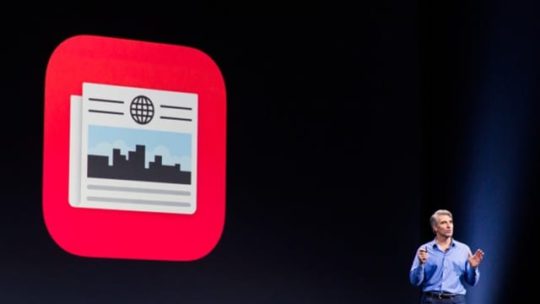 Following its purchase of magazine-subscription service Texture earlier this year, Apple is working on a redesigned Apple News app for iOS. While it is unclear if the app will be ready for iOS 12, the app will allow users to easily subscribe to news services using their Apple ID in app and access it anywhere. Alongside the new app, Apple is preparing a News app for macOS, however, this may not launch until next year.

Apple is planning on reinvigorating its eBook initiative, iBooks, with a new rebrand, Apple Books, as well as a redesigned app and store. The new app, which will be available in iOS 12, will be heavily promoted alongside new iPads. Apple has also stuck new deals with publishers to offer more competitive pricing.

iOS 12 includes a completely redesigned Do Not Disturb feature which will have the ability to intelligently distinguish between callers and let a call through if it appears to be an emergency. Additionally, Do Not Disturb settings will now sync across all devices. 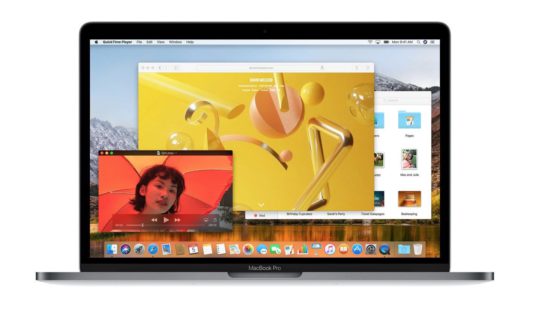 Apple will unveil the newest release of macOS at WWDC, according to the sources familiar with the matter. The release, which we believe is called Mojave, was also originally intended to include a major redesign and a series of new features, however, following delays, Apple has decided to focus on performance.

While Apple should still have some minor new feature changes on deck, little is known about the release. Expect a developer preview available at the event and a public release in the fall. 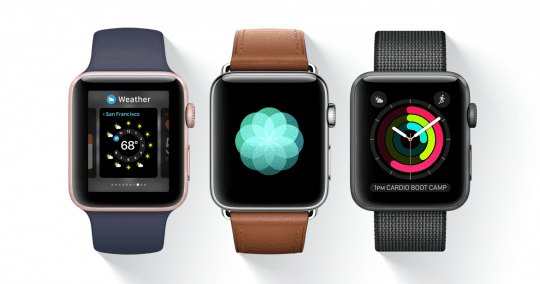 Apple will unveil more minor updates for its other software platforms at WWDC, including new watchOS, tvOS, and HomePod releases.

watchOS 5 will gain the same new Do Not Disturb capabilities as iOS 12, as well as new Activity features. Apple has also been developing sleep tracking capabilities in watchOS 5, however, it is unclear if this ability will be included in the beta or wait for new hardware this fall.

tvOS 12 will include a number of new features, including a yet again redesigned TV app that will allow for users to easily subscribe to services from the app as well as greater support for live TV.

iOS 12 will include performance updates for HomePod, as well as improved Siri capabilities. 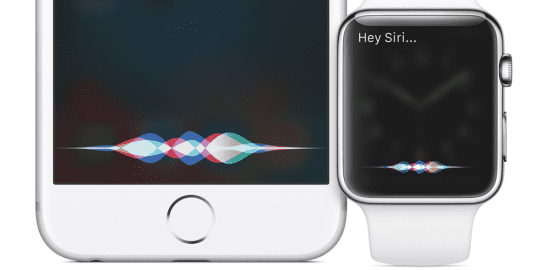 When Siri was first unveiled alongside the iPhone 4s in 2011, it was revolutionary. The virtual assistant was able to correctly interpret most people, something thereto unheard of, and was able to answer a wide-array of queries, including Music, Weather, News, Movies, Stocks, and more.

Unfortunately, 7 years later, little has changed. Now, with major competition from Google and Amazon, Apple’s Siri assistant, once a pioneer, has fallen far behind. We’re told, as part of the companies reset to focus on performance late last year, Apple dedicated a large number of resources to revitalizing Siri under new leadership in an attempt to begin catching up with the competition.

While these new changes will be implemented gradually over the next year, we expect Apple to specifically highlight a few changes at WWDC. Perhaps the biggest is complete third-party support, allowing all developers to tap into Siri, according to one source. The new Siri also includes a completely redesigned backend, which should allow for faster responses and greater AI-driven learning. 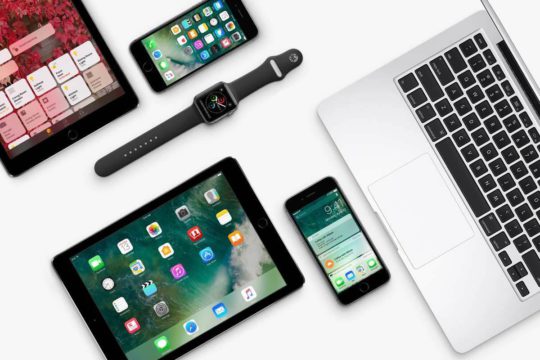 Marzipan, the code name for Apple’s upcoming project that aims to unify all of the companies platforms under one shared roof, appears to have been mostly delayed until 2019. These new changes will include a shared UI-library for Mac and iOS apps, redesigned iOS and Mac operating systems, a brand new Mac OS, the first ARM-driven Macs, true cross-platform apps, the ability to run iOS apps on Mac devices, and a new unified Siri virtual assistant.

[Update 06/03: We are now significantly more confident we will see the early seeds of Marzipan at WWDC, including new shared assets and universal App Store pages]

While we likely won’t see any of these changes at WWDC, it is likely Apple will begin to plant the seeds with new APIs as well as new shared App Store pages (which will accompany a redesigned Mac App Store).

Apple’s WWDC 2018 special event will begin at 1 PM EDT on June 4. A livestream will be available on Apple’s website. While we’ve shared what we know, we expect there to be quite a few surprises at the event. Be sure to stay tuned to AppleToolbox for complete roundups of what was announced, as well as in-depth looks of all the new products throughout the summer.