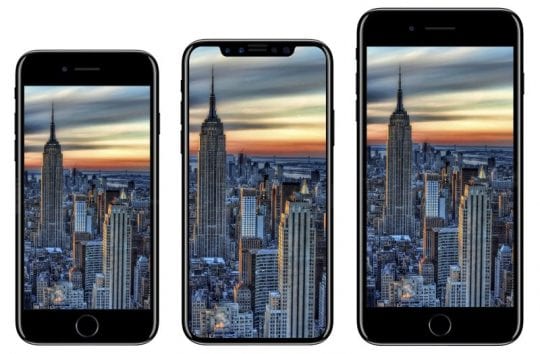 Throughout much of the last two years, one thing has always been clear; Apple is going to redesign its iPhone this year. The details surrounding that iPhone redesign, however, are more convoluted. And while the design of the new iPhone 8 seems to be pretty certain at this point, other details are not as precise.

Apple is preparing to launch this redesigned iPhone, as well as two more iPhones, a new Apple Watch, and a new Apple TV, at its annual Apple September Event 2017. This event is set to be one of the biggest in the company’s history, marking the first major rethinking of its biggest selling product.

After putting together information from other outlets and independent sources, we now believe we have a clear view of what Apple intends to announce this September, at its Apple Special Event 2017. 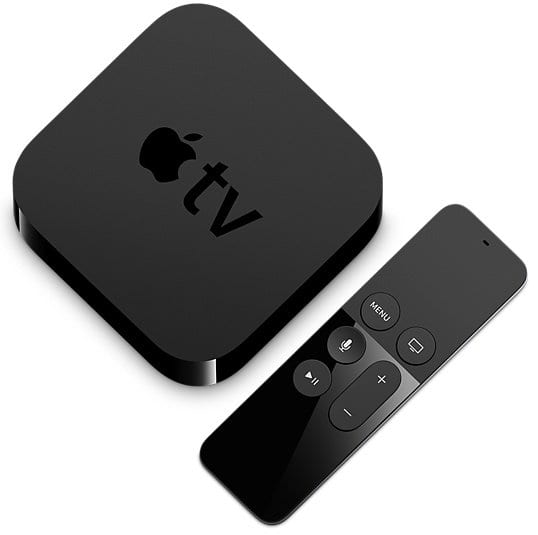 Apple will unveil the fifth-generation Apple TV at its September event. The device, which last saw a major refresh in 2015, will be the first Apple set-top-box to feature 4K support. The device will also support HDR and features upgraded internals to power the new display capabilities.

Additionally, Apple is preparing a few surprise software announcements, despite the lackluster tvOS update coming this fall. In addition to the already announced Amazon Video app, which should launch at the event, the company has been working on an updated TV app, with support for live content.

Apple has put together deals with some of the big Hollywood movie studios to bring 4K UHD movies to iTunes, which should also see an announcement at the event.

The new Apple TV will start at the same $149 starting price as the current model, according to sources. 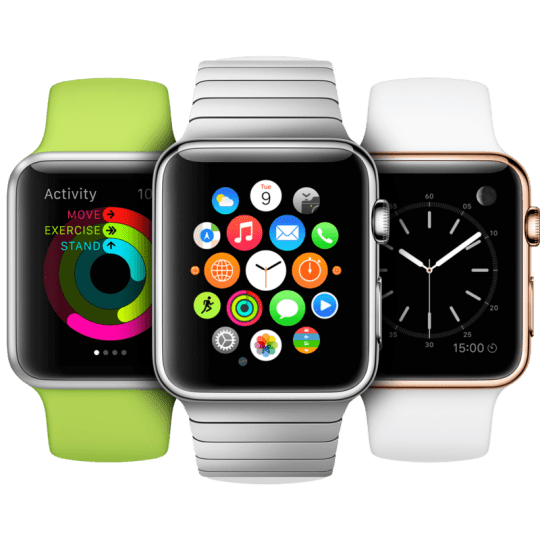 Apple will unveil the third generation Apple Watch at its September event. The device, which will be called Apple Watch Series 3, will be the first to feature LTE support, as we first reported earlier in the summer and later confirmed by Bloomberg.

Additionally, the Watch will feature new bands and improved internals. Apple is likely to keep both the Series 1 and Series 2 watches available at lower price points and introduce a higher price point for the LTE Series 3 models. Non-LTE variants will be available.

While the exact details are unclear, it appears Apple has struck deals with the big four US carriers as well as other major international carriers to share a users LTE access with their Apple Watch. While some carriers may end up charging, Apple hopes a user will be able to easily connect their Watch to their current phone plan for no additional cost. Then, when a user is near their phone, the watch will update from the phone, and only tap into LTE when not in range. 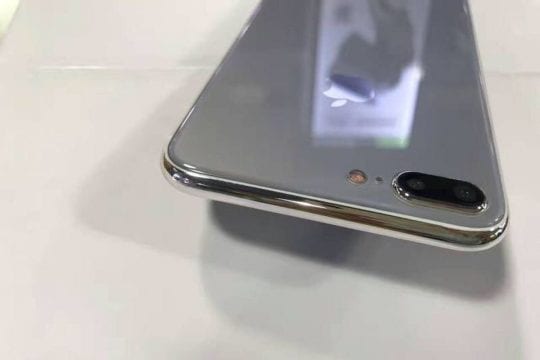 While the exact naming for this years iPhone is unclear, Apple is preparing three new phones for its September event. The first two, which we will refer to as the iPhone 8 and iPhone 8 Plus, will be the successor to the iPhone 7 and 7 Plus.

While the physical dimensions of the devices will be the same, the materials it will be made from are all new. Replacing the all-aluminum body of the last three iPhone will be a new glass back with a steel bezel surrounding the enclosure. The glass backing will allow for a cleaner design, as well as the all new wireless charging capabilities in this years’ iPhone.

Users will be able to wirelessly charge all of the new iPhone models via inductive charging with Qi technologies. The Qi standard has been found in Android phones for some time and allows the user to place their device on a unique surface that charges the device without a wire. While the new iPhone will be compatible with existing Qi chargers, Apple will sell its own that will allow for faster charging and easier use of the device while docked. 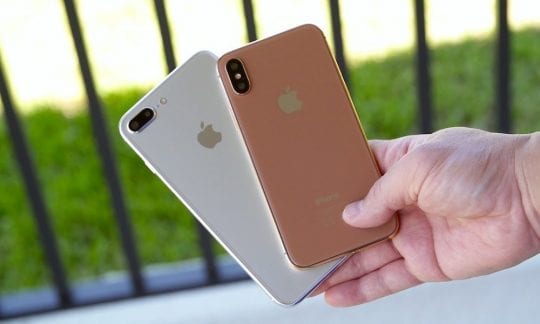 Last years iPhone 7 Plus introduced the dual camera, and while the sensor will see some minor updates on both iPhone, the regular iPhone will retain the traditional single camera. The Plus model will apparently continue to incorporate the dual camera module.

Both devices will receive notable internal spec bumps and will come in a lineup of three colors. A black color very similar to this year’s Jet Black iPhone, a silver color with a mirror like finish, and a new ‘blush gold’ color, replacing both the Gold and Rose Gold from the lineup.

Last year, Apple bumped the baseline storage configuration across the iPhone lineup, allowing users 32GB of storage for the entry iPhone up from 16GB. While that change was very recent and came after years of consumer request, we believe Apple is ready to double up again. According to two sources, Apple will ship both the iPhone 8 and iPhone 8 Plus exclusively in 64GB and 256GB configurations. However, unlike last year, this will come at a price. For the first time since the iPhone 3GS, Apple will bump the entry price of an iPhone from $649 to $699.

This is not without precedent. Earlier this year, Apple released an updated iPad Pro lineup, bumped the baseline storage to 64GB from 32GB, and raised the price $50. The 256GB models will remain at the same price as the current, coming in at $149 more per iPhone.

Apple’s iPhone 7 and 7 Plus will see the standard price drop, moving down to $100 per model. 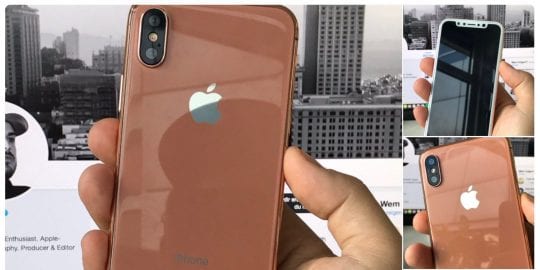 As heavily rumored throughout the last year, Apple will unveil a third, high-end iPhone model this year, which we believe will be called the Pro. The device will mark the first major redesign in the iPhones’ history.

The most striking difference between the Pro and all previous iPhone is the screen. The iPhone 8 Pro features an unparalleled screen-to-body ratio, hitting all four corners and filling up the entire front save for a notch at the top. This massive 5.8-inch display is the largest ever shipped on an iPhone, beating out the 5.5-inch iPhone Plus models. Despite the screen size, the screen-to-body ratio allows for the device to be of an almost identical width to a non-plus iPhone and only a hair taller.

At the very top is a notch that features a speaker grill, the front facing camera, and a couple of new facial scanning sensors. When the device is on, the iOS status bar will fit next to the notch, blending it in with the rest of the screen. To the right of the notch will be a clock, and the left will feature cellular connectivity, Wi-Fi, and other information, according to Bloomberg. 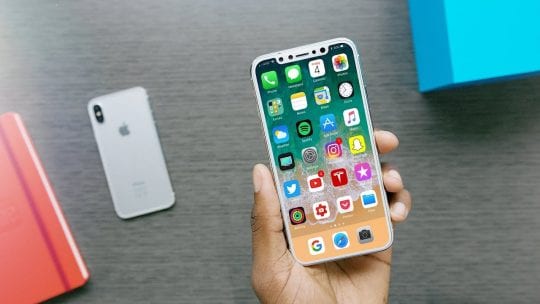 While Apple was originally planning on including a virtual home button on this years iPhone, simulating the sensation of a click using the same technologies as this years iPhone, the Pro will instead remove the home button paradigm. Instead, the Pro will incorporate a very similar system to the new iPad dock and multitasking on iOS 11. A floating dock is viewable by swiping up in any app, and swiping up once more or farther up on the first try will enter a card interface with your open apps, home screen, and control center.

While from a size and ratio aspect the screen on the Pro is a big deal, once you dive deeper you find out it does more than being bigger. The iPhone 8 Pro will feature a resolution of 2800 x 1242, up from the 1920×1080 Plus display. Additionally, the display will feature the True Tone features of the iPad Pro lineup, automatically adjusting the color temperature of a screen based on the environment. Lastly, as heavily rumored, the display will use OLED technologies, which allows for deeper blacks and lighting up of individual pixels.

The last major feature addition in iPhone 8 Pro is FaceID. FaceID is a series of new sensors on the front of iPhone 8 Pro that authenticate information using your face. The new technology will completely replace TouchID on the phone. A user will be prompted to scan their face when setting up the device for the first time. Then, all things that TouchID was used to authenticate, such as device unlocks and purchases, will be verified with facial recognition. Apple has perfected the technology to such an extent that it can work while face down on a table, and can also tell between a picture and real person (as well as if they are awake or asleep).

Lastly, we believe the iPhone Pro will be available in 64 GB, 256GB, and 512GB capacities, starting at $999, moving up $100 per storage configuration. Despite earlier reports of a delayed launch, the device will be available at the same time as the other new iPhone.

The September Apple Event will be the first to take place at Apple’s new Steve Jobs theater, located at the companies brand new Apple Campus 2 in Cupertino, California. While the company is likely to mention the significance of this event, as well as the iPhone’s 10th anniversary, none of this year’s new phones will be marketed with any anniversary branding.

Apple’s September event will take place on September 12 at 10 AM PDT.