You are here: Home / News / FCC Commissioner Position Against the Anti App Establishment 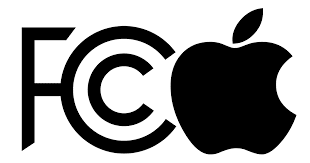 Michael O’Rielly, the FCC Commissioner provided a very thoughtful response this week in trying to debunk some of the myths associated with anti app proposals. A battle has been brewing at the FCC between the established cable service providers that own set top box technology and other players that are pushing for video by App as the primary vehicle for future video consumption.

In his blog post, Michael outlines his response clearly around four of the most far reaching claims made by the cable companies and set top box providers. These claims are the following:

In his Summary, the commissioner’s inferences are on the money.

Apple has always made a push for using apps as the primary vehicle for video consumption for its Apple TV platform. According to the FCC, 99 percent of people who subscribe to TV service lease their set-top boxes from their cable or satellite company, paying an average of $231 every year for the privilege. And as the FCC points out, those prices seem to keep going up even while other technological devices’ costs are going down. If the commison decides on moving away from native set top boxes to app oriented video programming, this will be a big win for companies such as Google, Apple and Roku.

Interestingly, the founder of Roku wrote a piece in April on WSJ supporting this move.