Apple made available the much anticipated iOS 10 for iPads, iPhones and iPod touch this morning.

The iOS 10 is the biggest release by Apple in recent times with new and improved features for iMessage, Maps, Apple Music and 3D Touch functionality among others. 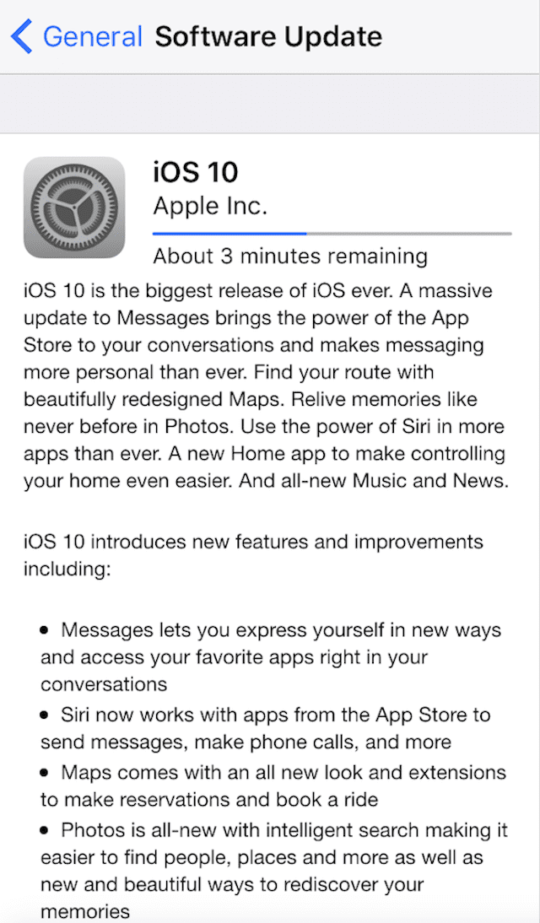 So tap on Settings > General > Software Update to locate your iDevice’s latest iOS 10 update. Learn about how to prepare your device for the iOS 10 install before updating.  Preparation is critical, especially given the problems that many users experienced during the last two major rounds of iOS updates (iOS 8 and iOS 9.)  The biggest takeaway before you update is to backup.

Let me say that again: before you update, backup!

Apple’s watchOS 3, released today brings a ton of enhancements to the operating system for the much loved wearable. Expected to be much faster than watchOS , it also makes it easier to switch between watch faces.

You can now reach your dock via the side button and instantly go to your favorites and most recent apps. The glances view has been replaced with Control center in the new watchOS 3.

tvOS10, released today is downloadable directly from the Apple TV and will work with the fourth generation Apple TV’s.