Apple is always thinking of innovating with the objective of adding value to its users. Over the past few years, there has been a plethora of cheap accessory devices that have been marketed to Apple users in one form or the other.

One of the main risks in using a lesser known branded accessory such as a Power cable is the risk of fire. During 2016, Apple claimed that 9 out of 10 chargers being sold on Amazon were possibly fake and unsafe. Electronic charging devices and cables can pose fire risk. HP had to recall 6 million laptop powercords in 2016 over fire risk issues.

Apple is re-thinking the design of its future power cables for Apple devices. In a patent that was published today, the company proposes an invention for the development of a fire resistant power cable that is environmental friendly and does not use the chemical Polyvinyl chloride. Processing of PVC has been known to create persistent bioaccumulative toxicity. 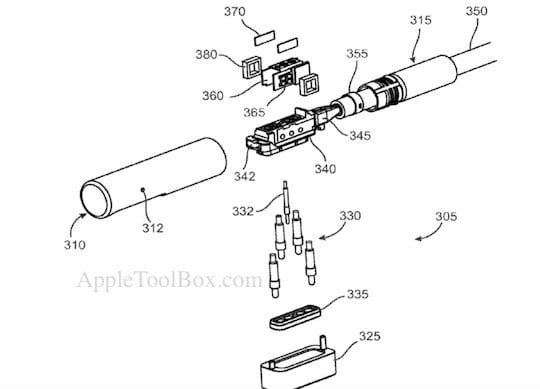 Recharging your Apple device via a power cable uses the connector insert or cable plug that mates with a connector receptacle on the portable device.

A power transformer that receives power from a wall outlet, vehicle charging outlet, or other source, can supply power.

The power transformer converts the power from the outlet to a power level that can be used to charge the battery in a portable device. In some circumstances, these power cables may also convey signals between the portable device and a second electronic device. 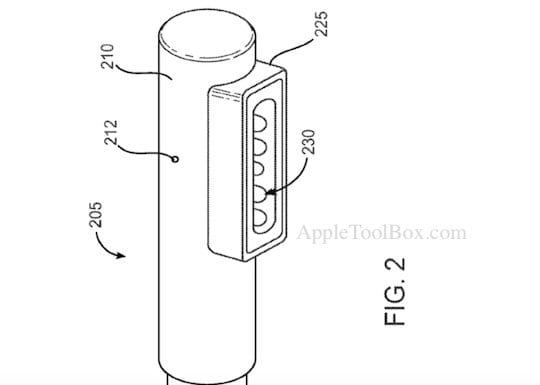 However, for various reasons, it is environmentally undesirable to use materials such as polyvinyl chloride. Unfortunately, halogen-free cables do not provide adequate fire resistance.

The new process from Apple looks at improved power cables that have plug housings that provide an improved appearance as well as employ a halogen-free cable while providing adequate fire resistance.

As per the patent multiple materials can be used to create the strain relief.

“This strain relief can provide an interface between the cable and a housing, for example, a housing enclosing a power transformer. The strain relief can include a first, interior portion formed using a rigid, fire-resistant material. The fire-resistant material may be a polycarbonate, polycarbonate ABS (PC/ABS) blend, or other appropriate material. The strain relief may include a second, exterior portion formed using a flexible material. This material may be a thermoplastic elastomer (TPE), fluorinated ethylene propylene (FEP), or other appropriate material. “

This is definitely an example of out of box thinking where the company is sticking with its’ value of environment friendly business by not adopting the mainstay polyvinyl chloride but seeking alternative approaches to make a product more appealing as well as fire resistant.