You are here: Home / Reviews / A first look at Apple’s new iPad Lineup

When Apple launched the iPad Pro 12.9 in 2015 and 9.7 in 2016, people felt Apple was undervaluing the devices. They featured massive screens and powerful internals but could do little more than an iPhone.

This past Monday at WWDC, Apple surprised us with a significant update to the iPad lineup. This lineup includes a new size of iPad Pro as well as a boat of new features with iOS 11. Here’s a first look at everything new.

The story of Apple’s new iPad line starts back in March with the new iPad. With a screen size of 9.7″ and an A9 processor, the iPad starts at just $329 and is for people who want a traditional iPad experience. 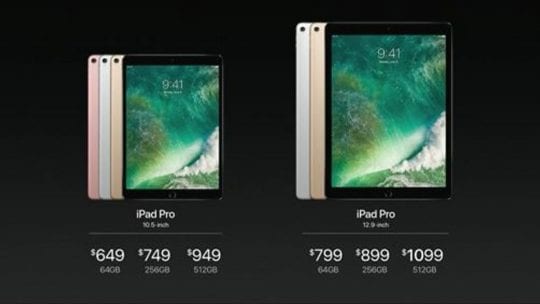 Gone in the new lineup is the 9.7″ inch iPad Pro introduced last year, replaced with a new 10.5″ model. Apple said they made the change because 10.5″ is the first size that fits a full-size keyboard on the screen.

Both new iPad models feature an updated display. The display for the first time includes a 120hz refresh rate, which Apple says will make everything appear incredibly smooth, with first reports agreeing it looks great. Both new iPads feature the True Tone display introduced with last year’s iPad Pro, which changes the color temperature of the screen based on the environment around you. Both new Pros feature a new A10X Fusion chip, which is 30-40% faster than previous models.

Apple Pencil is made to feel even more natural on the new iPads and becomes even more powerful alongside iOS 11 this fall. This includes features like instant notes, instant markup, inline drawing, and searchable handwriting.

The cameras on the new iPad Pros have been updated to match the iPhone 7. This means the rear camera can shoot 4K video and is 12 megapixels, while the front captures 720p video and is 7 megapixels.

Lastly, Apple has released a new range of accessories for the lineup, including a new Smart Keyboard, Smart Covers, and new cases that include Apple Pencil storage. 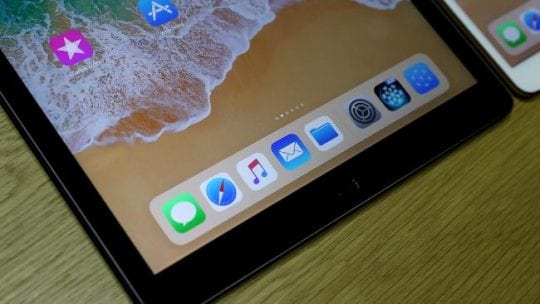 The last piece of the puzzle in Apple’s refreshed iPad lineup is iOS 11, launching this fall. The update includes a series of new features targeted at iPad. Read our iOS 11 preview here.