With millions of apps available on Apple’s app store, there is always something there for everybody. Although the speed of innovation is high and the store gets updated with new apps every day, the human spirit is often driven by the power of habits.

There are few apps that have come to become near and dear over the last five-six years. As much as I think about replacing them with their newer cousins, I haven’t been able to shake them off. Here are a few that have stood the test of time on my devices.

If you are a compulsive note-taker and a meticulous thinker, you are always trying to be productive and organized. That entails making to-do lists, taking notes, and jotting down ideas whenever they occur. Evernote has been a partner in crime for all these years and helped me with sorting these itty bitty notes into organized notebooks with tags for different tasks and categories.

It support across multiple devices is really great. I’m able to take notes using my iPad at meetings. When you go back to your desk, you can research new ideas and clip online articles, images, and even record and store voice memos. It is easy to access the app from your Mac and access your files and folders.

Although the new Notes from Apple comes with handy features including the privacy feature and checklists starting with iOS 9, I have not been able to shake my love of Evernote. I know that Apple is tempting the Evernote users by making it easy to import Evernote into the stock Notes app and adding new features with every new iOS release, for now, this one still stays on… 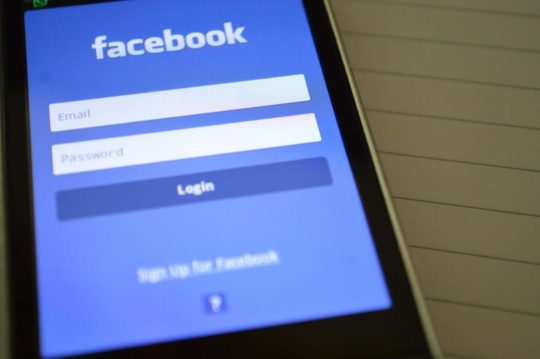 iPad without Facebook? Even my mother thinks that it’s not kosher. Over the years, Facebook has gone through its share of trials and tribulations. Remember there was a time when folks were signing out of their FB accounts for good due to Privacy related issues. Although you can access your Facebook happenings and keep track of everything using a regular web browser, the App has been certainly worthwhile and makes it a more immersive experience.

A couple of years back when the iPad and iPhone were having battery issues and cellular data problems, I had switched back to using the web-browser instead of using the app. It was rumored that Facebook eventually fixed the iOS app issues and we were back again on the bandwagon. I’m pretty sure this one will continue on as a trusted friend that feeds me all the news and pics of my near and dear ones on a regular basis. 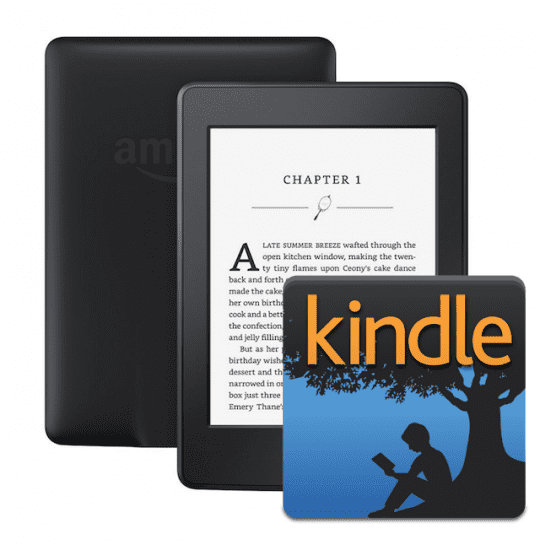 As an Apple Fan, I’ve tried many times to shake this one off from my devices. I have used iBooks over the years but have found that the new features get complicated with every passing day. It’s just a personal thing. Easy to rent books and buy ones that you want to hold onto for future reference. The entire texts are searchable so that you can easily search the book for specific needs.

Apple’s Books selection is getting better every day. It does not yet match the volume of choices that are available via the kindle app, but someday sure. I have tried exporting the Amazon books into an epub format and then using on iBooks but it’s another hassle and Mr. Habits is not typically fond of it.

I must admit that there are still the books (yes the paper type) that have stayed around for years and have been a good partner on many summer evenings.

Five years back, before there was a Drake selling a million copies on Apple Music, or a Taylor Swift throwing a fit over using Apple’s iTunes, Pandora Radio was the thing to have. One of the most popular and best music streaming services available. Back then, it allowed you to create your own station based on your listening preferences and the app’s basic on-screen controls had everything you needed.

Pandora offered an extensive biography about the currently playing artist, which was helpful in getting to discover new artists. Its compatibility with Airplay was also another feature that was really swell.

I must admit that the new Apple Music service is really a very nice experience. With Apple projected to make more innovations to Apple music with upcoming releases, I may end up becoming a full-time devotee. For now, the free version stays on the iPad. Compared to the free Beats Radio, I find Pandora more tranquil. 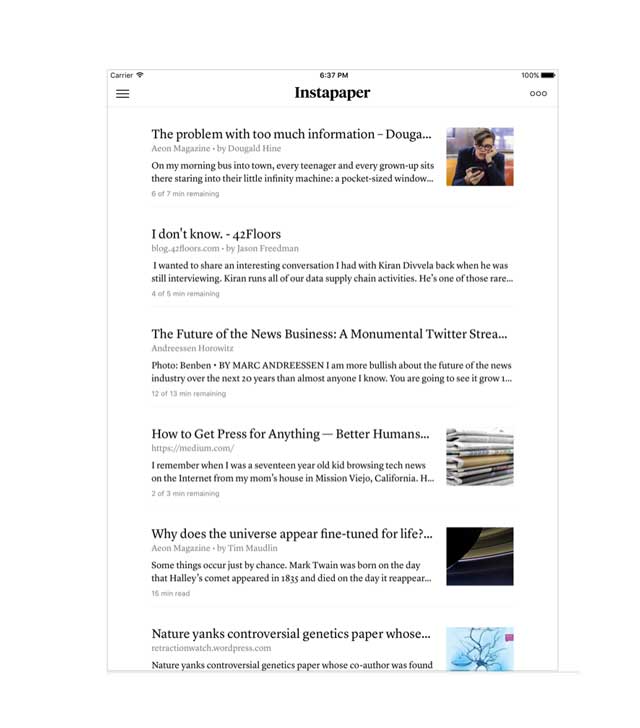 There are quite a few “Read this later” services out there. For me, Instapaper became the app of choice when it was released as an iPad version in 2010. It is free to download and syncs your articles seamlessly across all your devices. The app presents articles stripped of ads and weird formatting. You can adjust the line spacing, fonts, screen brightness for easier reading to suit your tastes.

On my Mac, it has found residence on the home screen and the dock as well. I must, however, admit that I am beginning to like the Apple News App. I wish that someday Apple equips the News app with an offline reading feature. Well until then, I’m not willing to use my cellular data to browse articles.

There is a countless number of other Apps that have also found sanctuary on my iPad and iPhone. Some are more obvious such as Netflix, IMDB, Dropbox, Yelp, and Dark Sky while others have just stayed on because I have not got to remove them.

Habit, if not resisted, soon becomes a necessity. ~St. Augustine

What are some of your favorite apps from the yesteryears that you are hoarding? I would also love to find out what new Apps did you pick up over the year or so to replace an old one and why. As for me, my habits have made these apps a necessity for now!