You are here: Home / iPhone / Fixing small-yet-annoying problems in iOS 13.2 and later updates 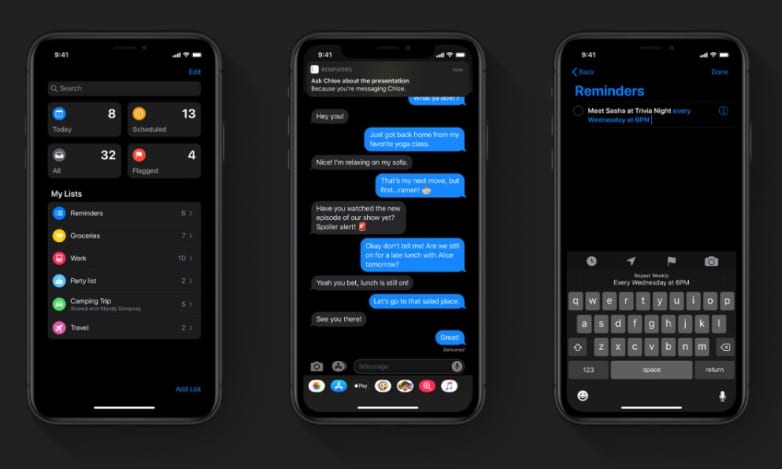 Apple’s iOS 13 update is, unfortunately, one of the buggier pieces of software that the company has released in recent years. But that doesn’t mean you have to live with those bugs.

While we’ve previously troubleshot a handful of iOS 13-specific bugs, a handful of other issues have surfaced since the latest iOS 13.2.X point releases. iOS 13.2.2, for example, was a bug fix update, it hasn’t fixed everything wrong with iOS 13. Worse still, it appears to have introduced several bugs, as well. Here’s how to troubleshoot them.

They aren’t necessarily device-breaking, but they are annoying. Here’s what you can do to fix many of them.

‘No Suggestions’ bug in Messages 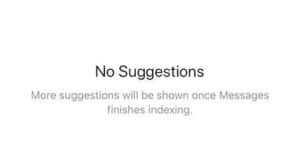 Many users are reporting an issue with the Messages app in iOS 13.2.2 that displays a “No Suggestions” error. While the message says things will return to normal after Messages “finishes indexing,” the message persists.

There are a few things you can try. Some users report that logging out of iCloud and logging back in fixes it. Others recommend enabling and disabling Messages in iCloud. At least one user said that they closed out all of their apps, connected their phone to Wi-Fi and left it for four hours. 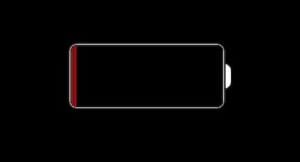 We’ve previously covered poor battery life bugs in iOS 13, but it seems that Apple’s latest point releases (iOS 13.2.2) may have made the problem worse for some users.

As always, we recommend waiting it out a few days to see if battery life improves. You can also follow our previous guides on mitigating battery life drainage in iOS 13 and other releases. 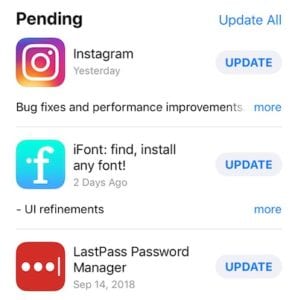 There appears to be an issue with installing app updates from the App Store after downloading iOS 13.2.2. According to users impacted by the bug, the update button will blink momentarily but then proceed to do nothing.

A couple of fixes you can try: first, reboot your iPhone. If that doesn’t work, then some users recommend deleting your primary payment method for iTunes and then re-adding it back in. 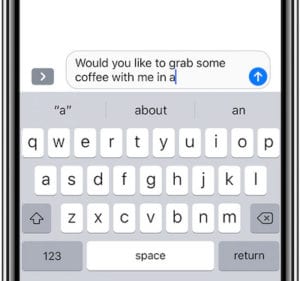 Many users are finding that their typing and text settings have worsened after updating to iOS 13. Specifically, the problems seem to impact typing accuracy and the predictive text feature.

It isn’t clear why this is the case and it seems to persist after hard reboots. On the other hand, one user reported that their predictive text improved after disabling the new swipe-to-text keyboard. You can do that by going to Settings —> General —> Keyboard and hitting the toggle next to Slide to type. 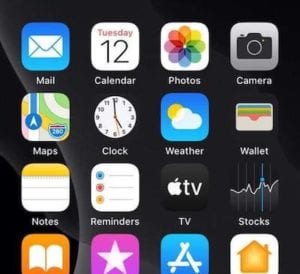 There’s no surefire way to solve this issue without restarting, which seems like the only way to fix it. You may need to restart your iPhone again if the issue resurfaces. 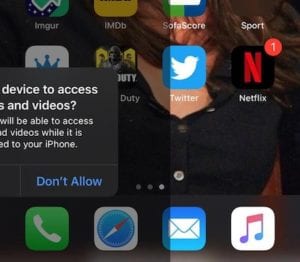 Are you seeing a dialog box that is incorrectly positioned on the screen? If so, then it may be a problem with the display’s bounding settings.

This seems to occur when the Low Power Mode dialog box has shown at least. Luckily, like some other pieces on this list, this is easily fixed with a reboot or Force Reset. 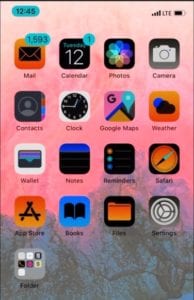 At least one user reported that their iPhone enabled the inverted color mode spontaneously and automatically. According to the video, it seems that this was caused by activating the Control Center. 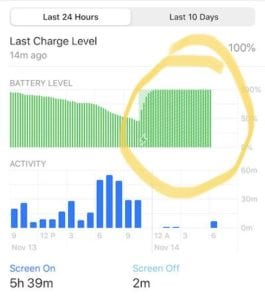 Optimized Battery Charging is a feature meant to keep your battery in tip-top shape for longer. But for many users, it just isn’t working or properly learning their habits. At this point, it appears that it’s just not intelligent enough to determine non-regular schedules.

iOS closes out apps in the background too quickly 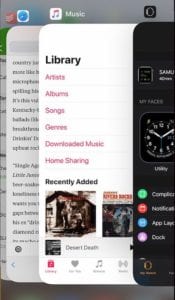 There is apparently a bug in various iOS 13 point releases that has essentially broken app multitasking. In a nutshell, something appears to be off with the RAM management, which causes iOS to aggressively shut down tasks running in the background.

This is a widespread and well-known issue. But, luckily, it’s been fixed in the latest iOS 13.2.2 update. If you’re not a consistent updater, we highly recommend downloading iOS 13.2.2 as soon as possible to fix your multitasking. 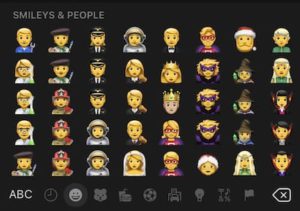 If you use a third-party keyboard on your iOS device, you may have noticed a problem when using native or third-party apps. Basically, iOS will prioritize the emoji keyboard over a third-party text keyboard like Gboard or SwiftKey.

Unfortunately, this isn’t necessarily a bug. It’s just the way that iOS handles native versus third-party keyboards. You may want to consider just using the standard built-in keyboard — especially now that it has swipe-to-text functionality. 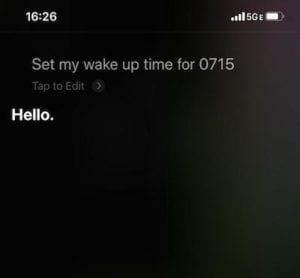 While this isn’t specifically an iOS 13 problem, a couple of users have mentioned issues with getting Siri to actually take certain commands.

The phrase “Set my wake up time for 7:15,” for example, doesn’t appear to work. This isn’t necessarily a bug, but there is a way to work around it. Try saying “wake me up at 7:15 a.m.” That’s just an example. In general, the more natural text is going to work better than robotic phrases or commands. That’s just how Siri is set up.