You are here: Home / News / Get the Apple Watch Series 5 for just 299 dollars in time for Valentine’s day 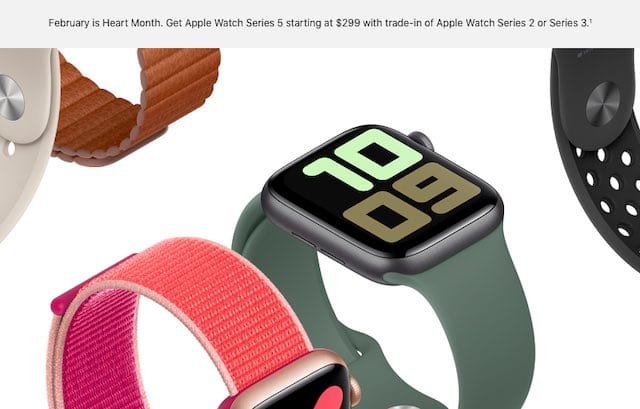 The Apple Watch Series 5 promotional pricing is after trade-in of an older watch that is in good condition. The promotion is subject to availability and limits, which means you should hurry and try to avail yourself of this deal.

The Apple Watch Series 5 is the first Apple Watch to feature the new Always-On Retina display. The Watch also features the Noise app that alerts you when things are too loud.  Featuring advanced workout metrics, a better GPS and water resistance to 50 meters, the new Watch can be used for basic gym workouts as well as your pool routines. 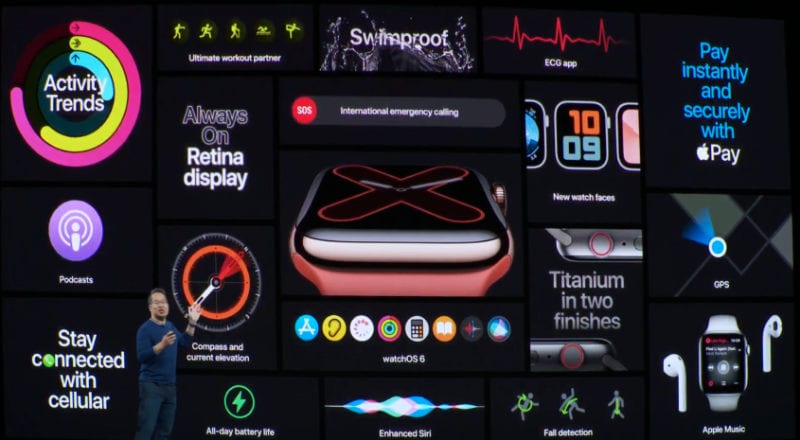 Although the Series 5 is available in aluminum, stainless steel, titanium and ceramic, the February promotion is for the aluminum models.

In order for getting this deal via Apple Store closest to you, you will need your valid government-issues photo ID.

Apple Watch Series 5 requires an iPhone 6s or later with iOS 13 or later.

For those looking for an Apple Watch Series 3, as a gift for the upcoming Valentine’s day, you will be happy to know that Walmart is offering some excellent promotions.

Right now, Walmart has the Apple Watch Series 3 for $189, which is a $90 discount and the lowest price we’ve found for the 38 mm smartwatch. Walmart also has the Apple Watch 3 with cellular for sale for $229. The Series 5 is being sold by Walmart for $384.