You are here: Home / How-to / Getting started using custom fonts in iOS 13 and iPadOS 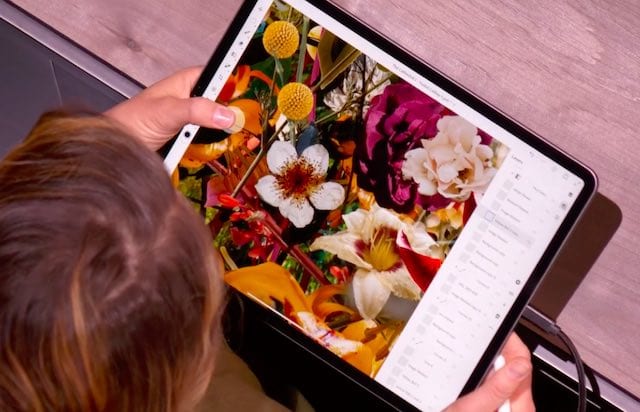 Apple in iOS 13 and iPadOS introduced the ability to use custom fonts technically systemwide. But even if you’re running the latest software, you may not have seen it.

That’s because the custom font ability has a few limitations — at least, currently — and that it’s actually been a fairly quiet feature thus far. But there’s been a recent third-party app update that could provide a good opportunity to try out custom fonts for yourself on iPhone, iPad or iPod touch.

Custom fonts in iOS 13 and iPadOS

This feature is pretty simple: you can install and use custom fonts in iOS 13 and iPadOS. These fonts work systemwide — although maybe not in the ways you might expect.

Although the feature was announced as part of iPadOS, presumably as a way to make the system more like a computer, it’s also fully available on iPhone as part of iOS 13.

As far as how, Apple says users can easily find custom apps in the App Store and install them on their system. From there, they can manage custom apps from Settings — and use them in their “favorite apps.”

Apple tends to be pretty restrictive with its mobile operating systems, so the ability to use custom fonts is a welcome change for many users.

While Apple announced the feature back in June, it’s actually been a relatively quiet addition with not much fanfare. That is until this week when a third-party app maker introduced a new way to take advantage of it.

Limitations of the ability

While Apple calls the custom fonts a systemwide feature, you won’t actually be able to change the system or UI font. That’ll likely remain San Francisco for the foreseeable future.

There are also some considerations with compatibility. Alongside the ability for users to install fonts, Apple introduced a new API that will let third-party app developers add support for the feature into their own apps.

As of the writing of this article, the availability of apps that support custom fonts isn’t too wide. But that will likely change in the future.

It’s also worth noting that Apple could surprise everyone and let users leverage custom fonts across other system settings. While we don’t exactly expect to be able to replace San Francisco with another font anytime soon, there are plenty of other ways that users can really take advantage of custom fonts.

Specifically, the Creative Cloud app now lets users install typefaces from the Adobe Font database onto their iPhones or iPads. That’s a big deal when you consider just how many fonts there are.

There are more than 17,000 fonts on Adobe Fonts, but as you might expect, you’ll need a Creative Cloud subscription to access them.

But don’t be disappointed. Adobe has actually made 1,300 of those fonts available to any and all iOS 13 or iPadOS users.

The Creative Cloud app itself is also highly recommended for any Creative Cloud user, since it offers easy organization of projects through Adobe cloud storage. But even if you aren’t, it’s still worth a download just for the free fonts.

While the Adobe Creative Cloud app update garnered some media attention, there are actually some other third-party apps that let you install custom fonts.

We’re not talking about the shoddy workaround apps. These are apps that are fully compatible with Apple’s custom font API.

We’ll use Creative Cloud for the purposes of this article. But if you’re a designer, type nerd, or someone who just wants to use custom fonts, we recommend that you check other apps like Font Diner.

Now that you’re well-versed in the custom font feature’s abilities and limitations, here’s how to actually go about installing and using custom fonts on your iPhone or iPad.

As mentioned earlier, we’ll use Adobe Creative Cloud for the purposes of this article. That’s because of Adobe’s reputation and the quality of the fonts available.

Keep in mind that you’ll need to create an Adobe account to access the 1,300 free fonts. But you don’t need to pay for anything else to get those. A Creative Cloud subscription is only required if you want the full catalog of 17,000.

Within the Adobe Creative Cloud app, you can also tap the Installed Fonts tab to browse the typefaces that you’ve previously downloaded.

You can also manage your fonts and delete them if you’d like by going to Settings —> General —> Fonts.

Where can you use custom fonts

Here’s the thing with custom fonts in iOS 13 and iPadOS: you can’t currently them in many places. But that will likely change as time goes on.

While apps like Notes or Mail should technically be compatible with custom fonts, they aren’t currently populating in the latest version of iPadOS or iOS 13.

That’s likely a bug or an oversight on Apple’s part. Just know that the company is likely to introduce wider support for custom fonts across its own native apps as time goes on. Third-party developers, particularly those in the design sphere, are also likely to do the same.

In the meantime, a good way to test them out is to use them with Apple’s own iWork apps. That includes Pages, Keynotes and Numbers.