You are here: Home / News / While Google Daydreams, Apple Stuck with Reality 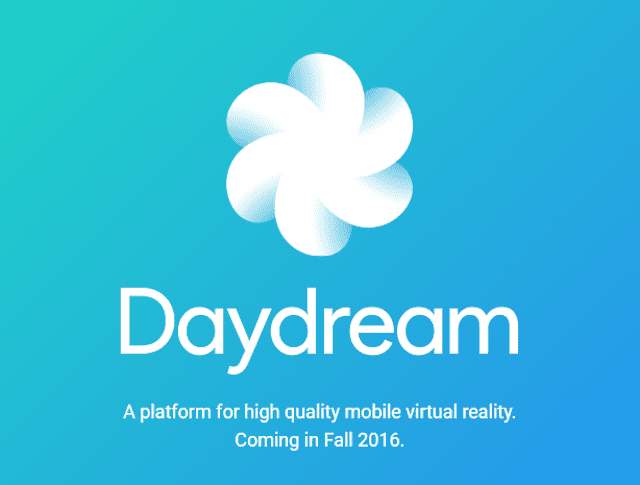 This week Google announced its new Android-powered Virtual Reality platform, Daydream. Google thinks that hundreds of millions of users will have daydream VR phones soon. It has made significant changes to this new VR platform from its cardboard based offering, most significant of which is adding interactivity.

The daydream platform will offer developers an included motion-control remote. Instead of interacting the old way by staring at an option and clicking a button, the new remote will provide developers better ways of taking advantage of the internal sensors. Along with the launch of Daydream, Google also launched a new site for virtual reality developers today.

This offering of mobile VR from Google is going to be quite a challenger to the popular Samsung’s GearVR platform that is powered by Oculus.

Although this platform provides decent support for VR audio by featuring full spatial audio, 3D calibration and head tracking, its VR view offering has some major disadvantages for iOS users. The 360 videos sometimes do not work in a web browser due to an issue with iOS forcing full screen playback of videos on browser. The 360 videos show incorrect orientation in ios safari if the code and images are hosted on different servers. Furthermore, the new Daydream VR offering does not extend into iOS platforms.

While Google beefs up its VR offering via the new platform to compete with Samsung , it is also extending the attractiveness of the Android platform in general via this offering. Apple has been completely out of the VR mobile scene.

In numerous benchmark tests found online, it is clear that the iPhone 6s A9 Chip is extremely competitive with Samsung Galaxy S7’s Exynos 8890 or the Snapdragon 820 chipsets and beats the Galaxy’s performance in numerous areas. This would suggest that Apple’s iPhones have the power and oomph to deliver VR. It is therefore surprising to see that iOS does not yet provide a SDK or other developer platform to support full scale mobile VR.

It is only a matter of time that Apple will make its initial foray into VR. If Virtual reality technology continues to evolve and attract ordinary users, Apple will have no choice but to introduce a suitable offering to keep its users engaged. As we all know Apple is stuck in reality these days, which includes worrying, abut the falling stock price, appealing to Chinese regulators and attending Bollywood parties to make sure that the global market offered by China and India remain attractive and profitable to its shareholders.