The wave of iPad Pro reviews all come to a near identical conclusion. The hardware is miles ahead of what any other company is doing in the tablet game, but iOS still limits the device.

I hate to fall in line with every other review, and I think I have some unique perspectives on the new iPad, but the reason most reviews have the same take is that …well…they’re all right.

I picked up one of the new 12.9” models, and the hardware is second to none, but taking advantage of all the horsepower is hard to do. In many ways, it’s like driving a muscle car in a neighborhood. There’s so much power, but not enough to do with it.

No Time To Read? Check Out Our Video Review of the New 2018 iPad Pro!

There is constant friction when trying to use all the power of the new iPad. However, we are getting closer than ever. One of most significant problems with the iPad has been the lack of pro apps. Apple strips down most of the pro-Mac apps brought to the iPad. But, as I’ll get into below, that seems to be changing.

Now don’t get me wrong, the iPad is straightforward and easy to use for everyday tasks. Checking email, browsing the web and watching Netflix is excellent on this device. But if that’s all you do on an iPad, please don’t buy one of these. The iPad Pro is pure overkill.

Who should buy one of these iPads?

The “can an iPad replace your laptop” question comes up every year, and every year the answer seems to be “almost.” There are always those one or two things you can’t quite get done on an iPad.

And if you can, it might leave you pulling your hair out when the same task is a piece of cake on a Mac. I still don’t think either of these devices is an excellent primary computer, especially since Apple just refreshed the MacBook Air line.

But with the issues plaguing Apple’s line of laptops in recent years, it’s a better time than ever to consider making the iPad your primary device. Or at least moving over more of your workload. 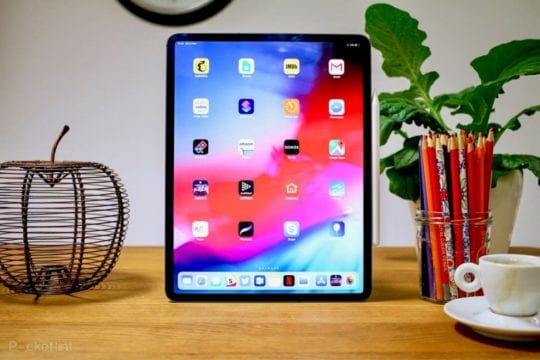 So, if the iPad is overkill for the casual user and it can’t quite do everything a Mac can, who in the world should buy one? My answer is someone who knows how they plan to use it. If you are already considering dropping the kind of money Apple is asking for one these, you know what you plan to do with it.

Lightroom CC has been available for the iPad for a while, and it’s fantastic. And you’re probably already aware Adobe will be bringing full Photoshop to the iPad next year. If you’re a pro photographer, one of these new iPads is near perfect for a light device you can take with you anywhere to manage and edit photos.

I do a fair amount of video production, and Adobe’s recent release of Premiere Rush CC has been a godsend. iMovie on the iPad only lets me do about 50% of what I need to do when I create a video.

Premiere Rush isn’t perfect by any means, but it gets me about 90% of the way there. With a few updates, I may be able to handle my entire video workflow on an iPad. I’ve never been able to say that before.

There is one other thing many reviewers don’t seem to consider with the iPad. The iPad is fun to use. It feels far more modern and futuristic than any other PC, including the Mac. And I don’t think this should be understated. Sure, it’s subjective, and many Mac diehards would disagree.

But for the vast majority out there, the iPad is much more enjoyable to use than a Mac, and especially a PC. It’s more approachable, easier to understand and the entire experience is again, fun.

I have a MacBook Pro on my desk at work eight hours a day, and as much as I love it, I’m always looking for things I can offload to my iPad. I’m sure many people will buy the new iPad Pro and use it as a primary computer, limitations and all, just because they enjoy using an iPad. And how can you argue with that?

What does USB-C bring to the table?

More than any iPad before it, the new iPad Pro demands professional use. The switch from Lighting to USB-C is as close to screaming this from the rooftops as Apple could get.

Every iPhone since the iPhone 5 has used Lighting, and most people still think of the iPad as a big iPhone. Now, the iPad Pro shares the same connector as every MacBook Pro you can buy.

It may seem like a small change, but it’s Apple doing its best to frame the iPad Pro as a powerhouse computing device rather than another Netflix screen.

But of course, it’s more than that. USB-C opens the door to all sorts of possibilities. Connecting external displays, plugging in cameras and microphones without a dongle and even connecting USB-C hubs are all possible on the new iPad Pro. 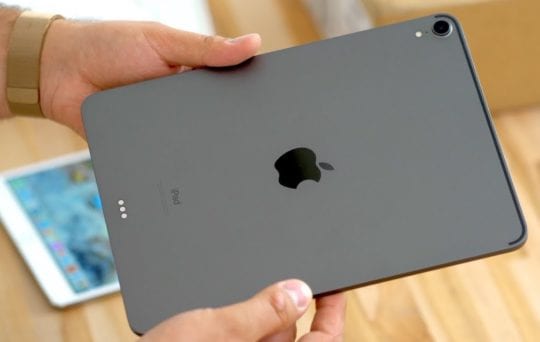 Here at launch, iOS still limits the capabilities of USB-C. When you plug in a camera, you can only import photos to Apple’s Photos app. External displays will mostly mirror the iPad.

And since there’s no headphone jack anymore, recording a podcast and monitoring your sound will require a dongle. However, a software update can fix all but the last complaint. And the rumor mill has been churning out details of the significant iOS overhaul slated for next year, which will focus heavily on the iPad.

I can’t wait to see what Apple has in store for the iPad down the road. For now, the new iPad Pros are top notch devices.

However, with many of the same iOS limitations we’ve been dealing with for years, I would only recommend these to creative professionals who will really get the most out of the horsepower.