You are here: Home / News / Health: Apple’s Next Game Changer?

Apple is in a curious position: on the one hand, they have a ton of cash and can pretty much buy out every major competitor. On the other, their lack of recent innovations threatens their leadership status, which can disappear very quickly if someone else fills a void. 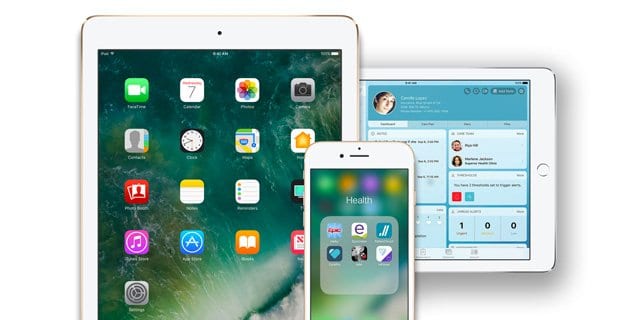 Over the last few years, Apple dipped its toes into several future-leaning industries: driverless cars, artificial intelligence, mobile payments, healthcare, etc. Out of all of these initiatives, health care creates a perfect storm of opportunity for Apple. Here’s why.

Apple Already Has Your Data

In today’s tech environment, data is king. Whoever collects data, owns the future opportunities it brings. That’s why fitness-only trackers find it hard to compete with companies like Apple. Apple’s products are already a part of people’s lives. Like a wallet or a set of keys, people take their iPhones (and Apple Watches) wherever they go, in whatever they do.

Apple Watch and health apps log an enormous amount of user information. Apple knows a lot about your behaviors–where you’ve been, where you’re going, how fast your heart beats, how many calories you expended, and so forth. And if you’ve enabled some of the additional health features, Apple also knows how you’re feeling about it. 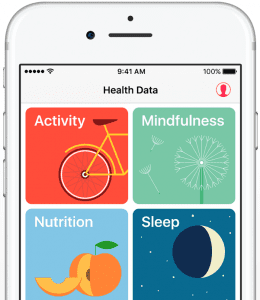 With this data in-hand, Apple gains incredible insight into people’s daily habits and health trends in a way never before possible. All that user information hands Apple a unique opportunity. It can leverage that data to create new products and services.

But collecting data is just the starting point. Building partnerships with health systems and networks, hospitals, doctors, health insurers, and the rest of the healthcare industry are key. This data doesn’t stand on its own–it needs interpretation. And that’s why Apple created frameworks for others to build upon. Case in point: developer kits.

Apple is very cleverly positioning itself to have a footprint in every area of healthcare, from access to user behavior. HealthKit enables third-party developers to integrate their health and fitness apps with Apple’s Health app. Apple designed both ResearchKit and CareKit specifically for the professional medical community and its patients. ResearchKit allows data access to doctors and medical professionals and integrates patient’s health data into their systems. On the flip side, CareKit is a framework that patients use to access that same data.

These three frameworks pretty much cover the bases for data-driven healthcare developments. Apple could find a very profitable niche being the broker of information between doctors, nurses, hospitals, and patients. Likewise, they could find themselves being the default leader in health record access at the patient level.

Apple could find a very profitable niche being the broker of information between doctors, nurses, hospitals, and patients.

However, for Apple to get a foothold, they need to conquer the biggest challenge of all: changing people’s behavior.

People Aren’t the Only Obstacles Standing in Apple’s Way 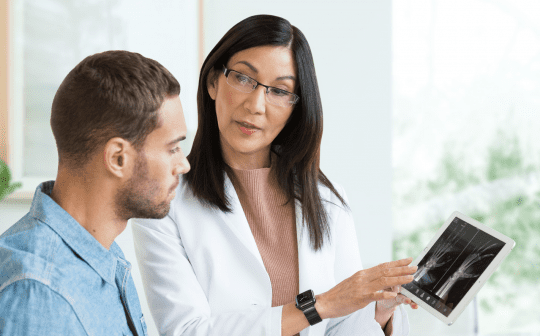 It’s one thing to show someone how cool and useful these health apps are. It’s another to actually get them to change their behavior and use it on a consistent basis. But in my view, Apple’s biggest challenge is the medical system itself. In this case, change very much comes from the top, and asking an older generation of medical staff to introduce a new behavior into their processes is extremely difficult.

Think about that for a minute. Yes, tech breakthroughs in the medical field advance at incredible speeds, but the interaction between the medical provider (doctor, nurse, etc.) and the patient has remained largely the same over the last few decades. While there’s no question that medical professionals see value in the health data that comes from apps, there is a transition period that needs to take place. Especially since the population most in need of healthcare, the retiring baby boomers, have the lowest smartphone adoption rates out of all other age categories.

According to Pew Research Center, people aged 65+ have the lowest smartphone rate adoption across all categories, at 42 percent. This fact presents a fascinating situation: as more retirees adopt smartphones into their daily lives, AND as their health care needs increase, it’s only natural to expect a rise in health app usage from this demographic.

It’s the perfect storm of opportunity for Apple. As they continue to lay the groundwork with frameworks for third-party development, and as doctors and medical professionals continue to introduce these solutions into their processes, the need for these systems skyrockets as more and more baby boomers retire.

The Power of Default 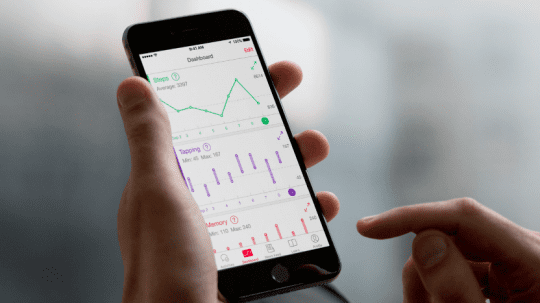 Steve Jobs talked about the power that comes with being the “default” option. In the 90s, Apple stayed alive as a company because of their foothold in education. I experienced this first-hand as a high school student using Macs in my school’s computer lab, instead of PCs. In a world dominated by PCs and Windows, millions of students across the country learned to program and access the internet via a Mac. In the same way that Apple maintained their footprint in education, they could end up holding a sizable chunk of the health market and become the default solution for health data.

We are at a turning point. As health care needs continue to increase in this country and around the world, Apple can sneak into the lead before anyone else even has a chance to start. For Apple’s own health and its future, not taking advantage of this moment would be a major missed opportunity.