You are here: Home / Mac / Here Are All of the Macs Compatible With macOS Monterey

It’s an exciting time to be a Mac user, as the 24-inch iMac has been redesigned with one of the slimmest chassis that we’ve ever seen. Just about every other Mac in Apple’s lineup has also been updated with the M1 chip. As we await the arrival of other Mac redesigns, Apple took the time at WWDC 2021 to focus on the software. There are a slew of new features that are coming, many of which you probably weren’t expecting. 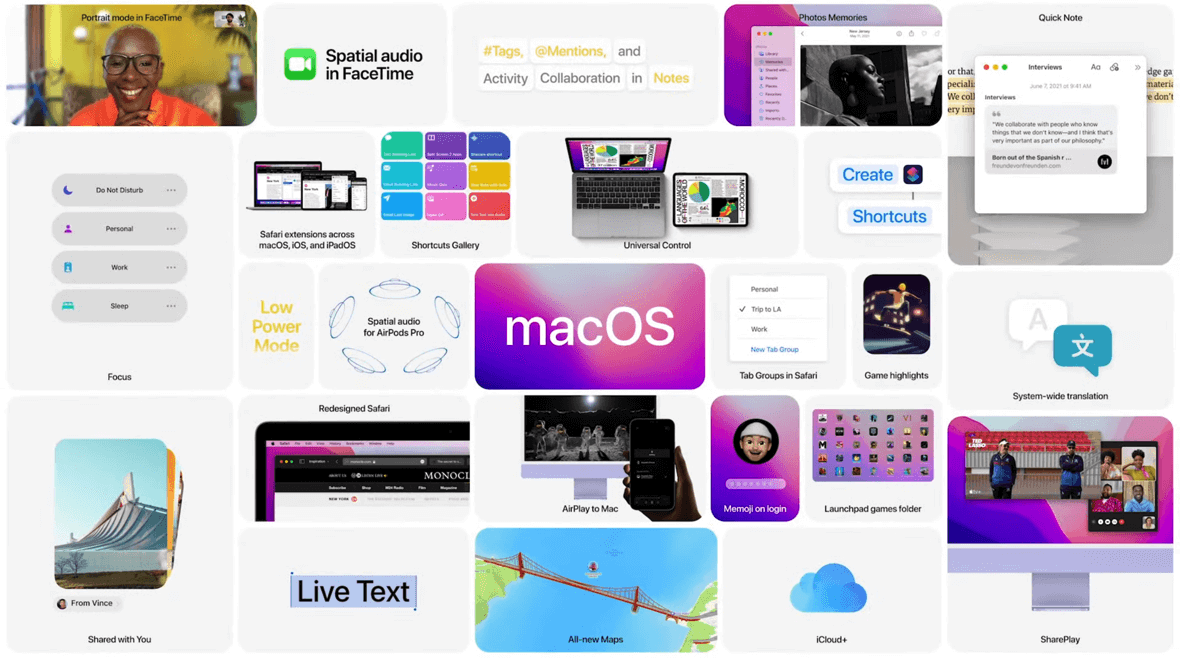 We have already seen the M1 chip arrive in the new iMac, along with the Mac Mini, MacBook Pro, and MacBook Air. While some rumors suggested Apple’s redesigned MacBook Pro would make an appearance, that didn’t actually come to fruition. Instead, Apple focused solely on the software side, which makes sense considering that WWDC 2021 is a developer’s conference. Here are some of the new features arriving with macOS Monterey.

What Macs are compatible with macOS Monterey? 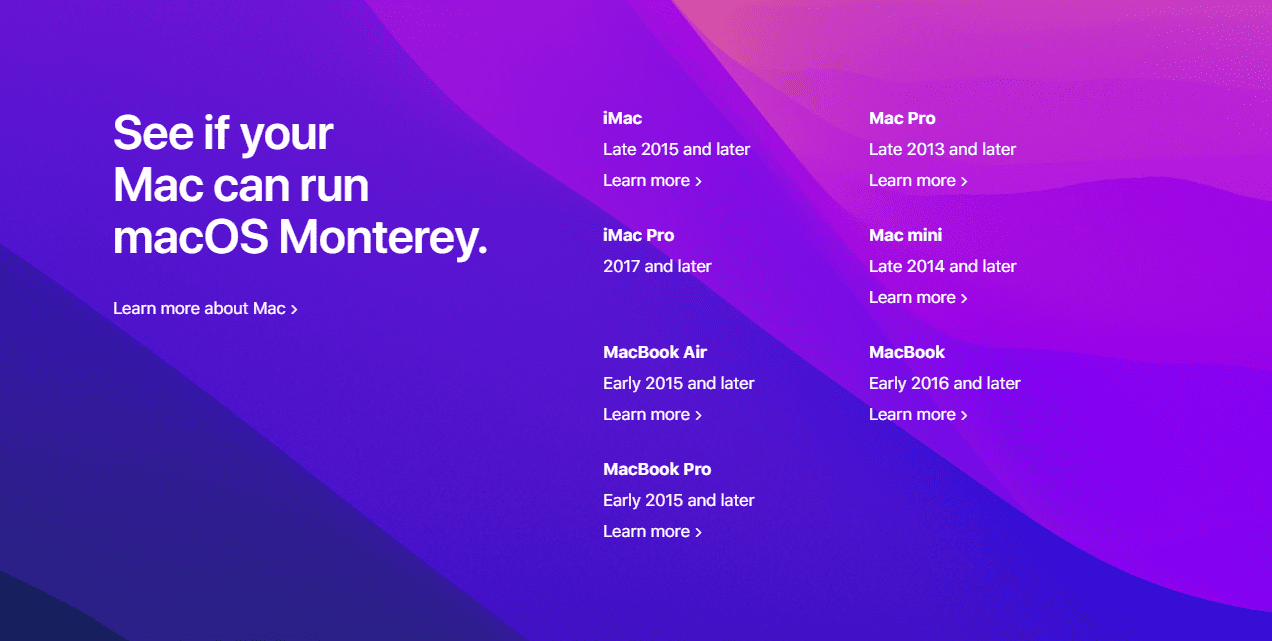 The Mac landscape is a bit different nowadays, as Apple has started its transition away from Intel processors. Intel has been a staple in the Mac for years now, but the M1 chip is making its way into more computers. Despite the older hardware, Apple is remaining steadfast in its efforts to bring macOS Monterey to as many users as possible. If you’re wondering what models will be receiving the latest version of macOS, here’s the full list.

When will macOS Monterey be released? 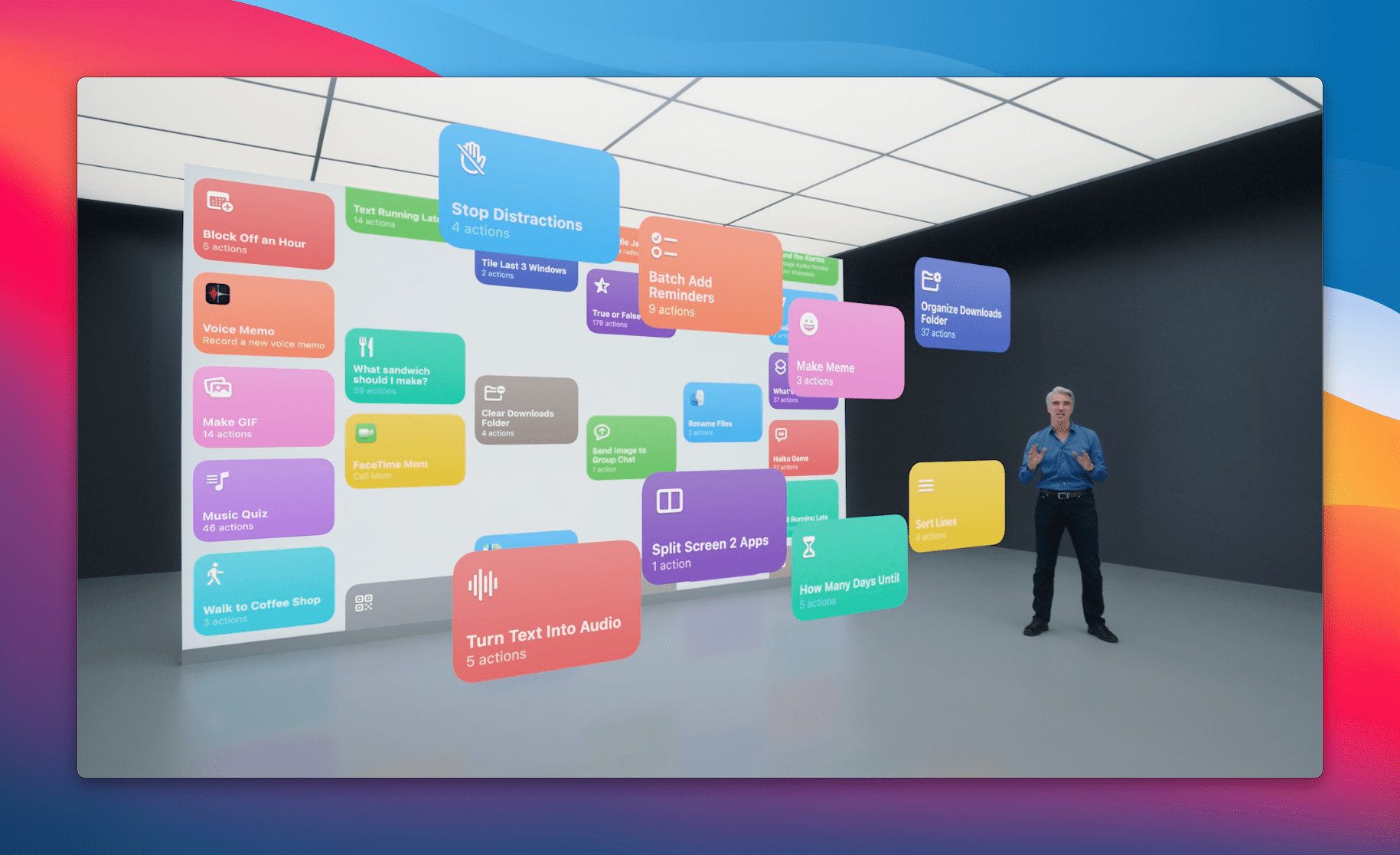 As is the case with the iOS and iPadOS releases, Apple is planning on launching its macOS Monterey Public Beta sometime in July. This gives developers a bit more time to implement the new APIs and features into apps ahead of putting macOS in the hands of more users. We’re expecting to see the final version of macOS Monterey launch this Fall. Hopefully, it will be alongside some new Mac hardware like the rumored redesign for the MacBook Pro with more ports and a more squared design.