You are here: Home / iPhone / Here’s why Apple will retain 326 PPI screen density for iPhone 6 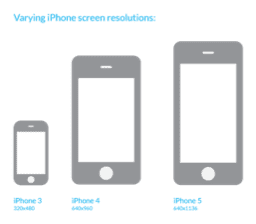 There have been consistent rumors with alleged images that show Apple may launch a much larger iPhone 6 than any of its predecessors. According to a latest report from KGI Securities, iPhone 6 may have a 4.7 Inch Screen. Though there have been reports that Apple is also considering another, even larger screened device that might enter the Phablet category at 5.1 Inches, the current report presented by Ming-Chi Kuo indicates a relatively modest enhancement in screen size. A 4.7 Inch iPhone 6 makes sense because single–handed operation that Apple has always touted about will stay true for this Apple device as well.

However, apart from the question of screen size, Apple has shown remarkable consistency with Screen Resolution and Screen Density measured in Pixel Per Inch (PPI). Apparently it has to do with the visual representation of the apps and how the developers design them. The first iPhone from Apple had a laughable resolution of 320×480, but Apple quickly doubled it to 640×960, a leading display resolution at that time. When Apple launched iPhone 5, the display size went from 3.5 Inch to 4 Inch, but the company merely added vertical resolution, while keeping the lateral resolution unchanged, making the iPhone 5 appear elongated.

By this time, Apple had started to direct developers to use ‘Auto Layout’ which was a huge improvement over the pixel–doubling approach. The doubling of pixel density, though a vast improvement in appearance caused a lot of strain on the app development and adaptability. But when 4 Inch became the “best” screen size instead of 3.5 Inch, Apple allowed existing apps to run in a letterboxed format with black bars at the top and bottom of the screen as an interim solution. 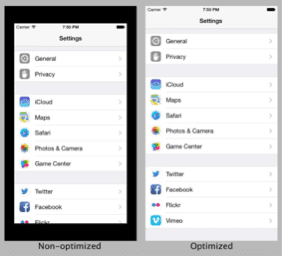 As Auto Layout eradicates all these issues as well as removes the need to have stop–gap arrangements, Apple now has a steady standard that app developers can work with.

If the iPhone 6 does have a 4.7 Inch Screen, it is said to have a screen resolution of 1334×750. These two factors perfectly retain the 326 PPI density, which will greatly help App Developers continue their development without being bothered about the screen resolution or pixel density affecting the appearance. Hence the next iPhone, i.e. iPhone 6 might very well have a 4.7 Inch display.