You are here: Home / iPad / How to enable multitasking gestures on an iPad running iOS 4.3.1 or higher

During iOS 4.3 beta testing, Apple bestowed upon its developers an amazing new set of multitasking gestures, these gestures would changed the way people would use the iPad. Unfortunately, Apple eventually told developers that these gestures were going to be put on the back-burner in favor of other features. But, if you’ve jailbroken your iPad, you can enable these gestures with only a little effort on your part.Although there are other ways to do this, but this way is the easiest for me, and performs the process completely on the iPad, no computer needed. So let’s get started!

1. The first thing to do is have a jailbroken iPad running iOS 4.3.1 with SBsettings installed.

2. Then, you need to download iFile, an app that allows you to view your devices filesystem. This is a paid app so you will have to spend a couple bucks on this tutorial, but when you look at the official route of paying for a developer account ($99), its a very cheap alternative.

3. After you’ve downloaded iFile, you’ll need to dive into the iOS filesystem, to /System/
Library/CoreServices/Springboard.app.

4. Inside this folder, you’ll scroll down until you find the file: K48AP.plist 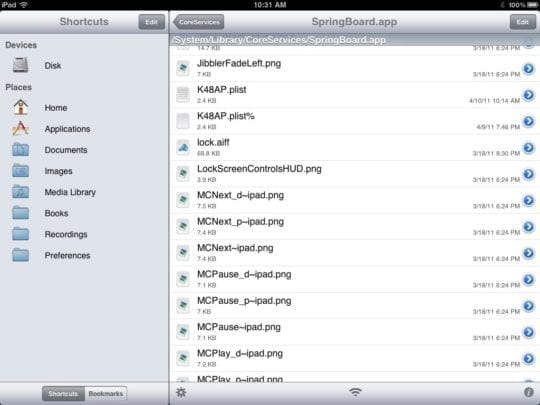 5. Tap on the file and hit the option: Text Viewer. 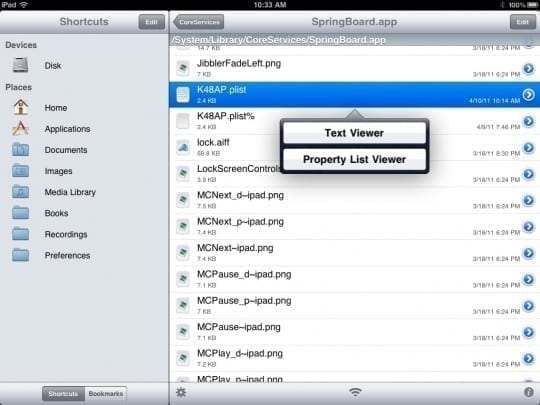 6. Next scrolling down into the list of capabilities, hit edit, and when you see the string: <key> multitasking</key>

So enjoy your new gestures, because your iPad will never be the same!