You are here: Home / Mac / How to Fix Blurry Text After Upgrading to macOS Mojave

If you’ve noticed a downgrade regarding font readability after upgrading to macOS Mojave, you’re not alone.

In the new update to its computer operating system, Apple has made “refinements” to font antialiasing. Unfortunately, this hasn’t resulted in a positive change for all Mac users, if a slew of recent posts on Reddit and other forums is any indication.

Here’s what you need to know about the problem, as well as a pretty reliable fix.

What is Font Antialiasing?

In layman’s terms, font antialiasing, or font smoothing, is a way to make text look smoother on a computer display.

Because of the way modern computer monitors use square pixels to display images and other information, this can result in occasionally jagged edges or diagonals — otherwise known as “aliasing.”

Font antialiasing, then, is the answer to this problem when displaying text or text-based graphics. It’s more complicated than that, of course, but the result for you is smoother-looking lines, curves, and text.

That’s especially true for sub-pixel antialiasing (or rendering), which uses the tiny subpixels within a pixel for a sharper-looking font.

On a similar note, Apple has always favored typeface accuracy over sharpness in its operating systems. Software developer Joel Spolsky pointed this out in a great blog post from 2007.

Microsoft, taking the pragmatic route, will attempt to “hammer” a font into pixel boundaries. Apple, on the other hand, has always tried to preserve the actual design of a typeface at the cost of blurriness.

What Is the Problem With macOS Mojave and Blurred Text or Icons?

Essentially, Apple has removed this subpixel antialiasing from macOS Mojave. Or, more accurately, they made changes that to the rendering algorithm that saw the removal of a specific type of font antialiasing.

This change doesn’t matter on Retina displays — the human eye can’t see individual pixels at that high of a resolution. But if you’re using a non-Retina Mac or a lower-resolution screen, you’re going to notice a difference. Text generally looks blurrier, and in some cases, could be difficult to read.

Some users have indicated that this is particularly bad when using Dark Mode (specifically, when displaying white text on a dark background).

Of course, the lack of subpixel antialiasing is mostly going to impact owners of devices like the MacBook Air or various iMac computers. It’ll also affect external displays with a resolution of 1440p or lower.

It is entirely possible that you won’t notice a difference at all, however. Every human eye is different, and some people will probably not see any difference. (Though, if you go looking for a difference, you’ll probably find one.)

For the record, Apple says its rendering refinements are due to the proliferation of OLED displays, which use a radically different pixel format than traditional LCD panels.

How To Fix Blurry Text After Upgrading to macOS Mojave

There’s no way to turn font antialiasing back on. It’s gone for good in macOS Mojave.

That doesn’t mean, however, that Apple won’t add it back in as an option if there’s enough public outcry. But take this prediction with a grain of salt.

With that being said, there is a workaround that you can implement via Terminal to make text look better. 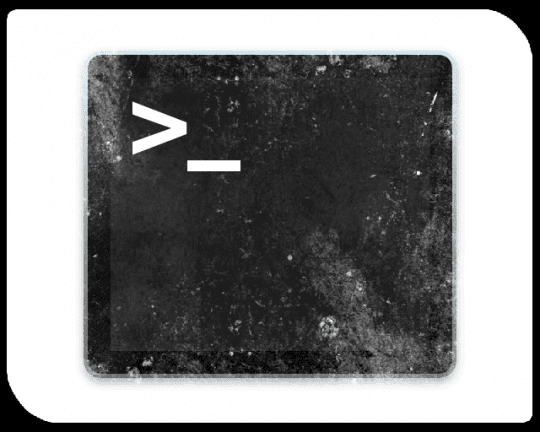 It won’t be exactly the same, but it will help to smooth out fonts significantly when using non-Retina or low-resolution displays in macOS Mojave.

How To Fix Blurry Icons in macOS Mojave?

Many readers tell us that since upgrading to Mojave when they replace icons or create custom icons for folders, the images are significantly blurry.

Sadly, this problem has been around since macOS High Sierra, with little to no action to improve it.

But there are workarounds!

One tip that appears to work consistently is to make the images you want to use as folder icons completely and perfectly square.

So use the same pixels size for both the horizontal and verticle specs–for example 450 pixels by 450 pixels.