You are here: Home / How-to / How To Get The Best Deals On MacBooks and iMacs

We could easily write a novel on Apple’s high prices, but for now, we’ll stick to an article explaining how to avoid them. Or, at least, how to avoid them as best you can. Even when discounted you’re still going to pay a pretty penny to get your hands on that refined aluminum casing.

Below, we’ve covered everything you need to know about finding the best deals on MacBooks and iMacs, from where you should buy a Mac to when.

The best places to buy a MacBook or iMac

Surprisingly, one of the best places to buy Apple products is from one of its biggest competitors: Amazon. If you’re an Amazon Prime member, then you’re probably familiar with perks like free shipping and Prime Video. What you may not have noticed before, however, is that many products on Amazon are heavily discounted for Prime members, especially when it comes to tech.

Apple products are no exception. With a Prime membership, you can save $50 on MacBook Air, $150 on the MacBook Pro, and $100 on an iMac. And if you have the Amazon Prime Store Card you get an additional 5% off – that could be as much as an additional $100 off. Definitely a great place to look while you’re searching for a Mac.

Best Buy is well known for being one of the best places to buy tech products, and Apple computers are no exception. Best Buy frequently offers hefty discounts on Apple products that Apple themselves never do. You can catch these year-round deals pretty easily by simply signing up for Best Buy’s newsletter.

At the time of writing, they’re offering $200 off of the 16-inch MacBook Pro. Additionally, Best Buy has a free loyalty program that offers weekly discounts on various Apple products. And they have a price match policy, so if you find a better deal somewhere else, you can get the same deal at Best Buy by speaking with a representative.

Last but not least, you can search Apple’s authorized resellers online and see if any are offering better deals than on Apple’s website. Authorized resellers are just retailers that Apple has permitted to sell its products. That includes Amazon and Best Buy as well as Walmart, Target, and more. On this website, MacPrices.net, you can easily find which resellers are offering the best deals on any Apple product. 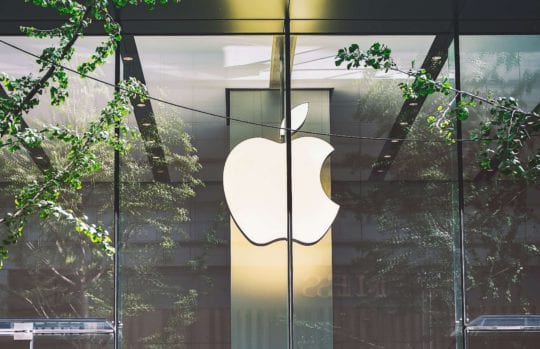 How to get the best deal on a MacBook or iMac

Of course, there’s more to getting a good deal on a MacBook than simply buying through different stores. Though this can save you a hundred or so dollars, there are even more savings to be had if you’re willing to shop smart and compromise a bit.

Many people are against buying refurbished products because they worry that the product will have a shorter lifespan, lack the latest features, or come looking less than new. While some of these can be true, Apple products are highly regarded for their long lifespans and retention of value. This is especially true for Macs, which can easily last up to ten years.

On Apple’s website, you’ll find a refurbished section where you can buy products that are a year or older than the latest models. When Apple refurbishes a Mac, they replace the outer shell by default and any other components that aren’t up to its standards. In other words, you’re getting a device that’s very close to new.

The refurbished section of Apple’s website is constantly changing, so it’s good to check it frequently when you’re getting ready to buy a Mac. Also, as a word of warning, you can purchase refurbished products elsewhere, but be aware that many other stores (namely Amazon) don’t have the best track record with refurbished products.

Another way to get a great deal on a MacBook or iMac is to buy one secondhand. When doing this, you’re likely to get a product that’s two or more years old and will probably not be as intact as Apple’s refurbished products.

However, you will find incredible deals, sometimes stumbling across Macs that are half the price they should be. You can find these sorts of deals on eBay, Craigslist, LetGo, and Facebook Marketplace. Just make sure you inspect the product and get its model number before finalizing the deal.

This is a pretty simple way to get a good deal on a MacBook, but it’s also pretty effective. As mentioned before, Macs are great at retaining their value and don’t become “old” until five years down the road. With that kind of timeframe, you can easily pick up a Mac from Apple’s website that’s a year or two old, saving you hundreds by comparison to the newest model.

In some cases, you may miss out on features or upgrades, but when considering that, it’s important to remember that you’re buying a computer and not a smartphone. Computers have more or less plateaued in terms of new features and upgrades, so unless you’re a pro user, you aren’t going to miss much by sticking to an older model.

This is only recommended if you have solid credit and are comfortable with making installment payments. If both of those things are true for you, then this is a great way to grab a Mac that you wouldn’t normally be able to afford. 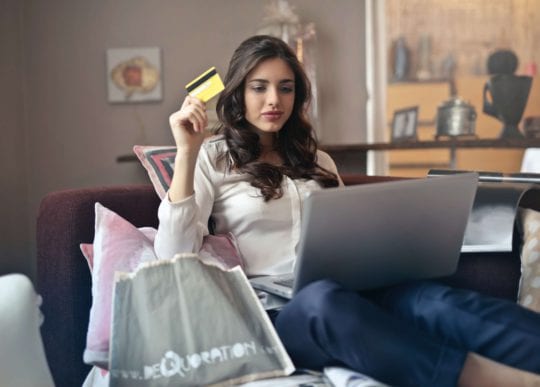 You will need the Apple Card, Apple’s credit card, but if you already have that, you can easily use an installment plan at checkout. If you don’t have the Apple Card, you can still pay with installments by visiting certain authorized Apple resellers.

Finally, if you’re a student or educator, you can purchase Apple devices through Apple’s education store. The deals here aren’t incredible, but they’re worth it if you’re a student and want to get the latest Mac available. Apple also offers annual deals at the end of summer for college students where you can usually get a gift card or pair of Beats headphones when buying a Mac.

When to buy a MacBook or iMac

If you’re a serious shopper, you’ll also want to consider when you’re buying a MacBook. This is because Apple upgrades its computers regularly, and the last thing you want is to buy a new Mac only to have it replaced a week later. To avoid this, you can wait to buy a Mac in July or October, which are usually the months after Apple has just announced a new product.

For those who aren’t so great at keeping up with Apple’s product launches, you’re in luck! Thanks to the internet, you can easily see if Apple’s about to launch a new Mac by searching “when does the next Mac come out”. If it’s more than three months away, you’re probably fine just buying whatever model is available now.

That said, Apple announced at this year’s WWDC20 conference that it is moving away from Intel processors and towards the creation of its own Apple Silicon. Though it’s not entirely clear how this will affect the Mac lineup, it is clear that these Macs are going to be Apple’s focus moving forward. So if you’re planning on buying a Mac soon, it might be worth waiting until the end of 2020 to see what Apple has in store for its Mac products.

Does Apple have Black Friday or Cyber Monday deals?

Of course, we have to mention Black Friday and Cyber Monday deals, as they are the most exciting time to buy expensive toys. Unfortunately, Apple is pretty lackluster when it comes to both of these events. They rarely participate in Cyber Monday and most of the time only offer 5% off on Black Friday – and that’s usually only on select products.

If you want to get a good Black Friday deal on a Mac, you’ll be better off looking to Apple resellers.

Is buying a Mac from Apple really that bad?

There are some benefits to buying a Mac from Apple. You get to visit the Apple Store, which adds a bit of magic to the process. But otherwise, there’s no reason to purchase directly from Apple unless you don’t mind tossing the extra cash away. There are almost always better deals elsewhere, and with products so expensive, it’s worth doing your research to save a couple hundred dollars.

Where’s the best place to buy a MacBook?

The best places to buy a MacBook are Amazon (with a Prime membership) or Best Buy, as both offer frequent and sizable discounts.

Does Apple have Black Friday deals?

Apple usually participates in Black Friday. However, you will find better deals on Apple products by shopping elsewhere.