You are here: Home / iPhone / How To Maximize Your Digital Privacy On macOS and iOS

According to Statista, more than 70% of internet users in the U.S. are worried about their digital privacy – and for good reason. In 2019 alone, 165 million records were exposed in nearly 1,500 data breaches. If you live in the United States, that’s a one in two chance – otherwise known as a fifty-fifty chance – that your data was leaked in some way last year.

I don’t know about you, but I don’t like those odds.

Apple users tend to be savvier when it comes to privacy issues, as privacy has become a large component of Apple’s brand. In two recent posts, we explored Apple’s stance on privacy and how you can use Apple’s services to reduce your digital footprint.

Today, we’re going to discuss third-party tools (and one Apple tool) that you can use to maximize your digital privacy on macOS and iOS. But first, let’s start with what you shouldn’t use.

Things you should stop using

First, there is the obvious risk of having your information publicly available online. On Facebook alone, other users can discover your place of work, city of residence, relationship status, friends, family, and your general appearance by visiting your profile. Twitter offers slightly less info, but your bio and tweets can say a lot about your opinions and interests.

Second is the less obvious risk, which is that the social media sites themselves could easily be abusing the data shared by and gathered from users. Facebook is the scapegoat when it comes to this type of behavior, using its platform to lobby against privacy rights and spread disinformation.

It’s unlikely that Facebook is the only culprit, and so it’s best to either cut your social media use completely or use tactics to obscure your digital footprint.

A privacy concern that few Apple users are aware of is the risks posed by storing your data in the cloud. This is as true of iCloud as it is of Google Drive or Amazon Drive.

When you upload your data to the cloud (whether that includes documents, photos, or music) you’re putting that data on a server that the cloud provider has ultimate access to. They can analyze this data, pull trends from it, and share it.

Cloud services are less of a risk than social media, but they still pose a vulnerability in your internet security. But don’t worry – we’ll cover an iCloud alternative below.

Things you should start using

Now that we’ve covered the don’ts of data privacy, it’s time to get into the do’s. Luckily, there are far more of these, which means you have more control over your online privacy than you might think.

We’ve tried to present a solution from each area of privacy so that you have a cohesive list of tools to choose from. While there are more tools out there than the ones listed, these are the solutions most readily available on iOS and macOS.

Let’s start things off with VPNs. If you’ve sought out this article, then there’s a good chance you already know what a VPN is. For those who don’t, a VPN (Virtual Private Network) is a proxy server that you can use to indirectly connect to the internet. 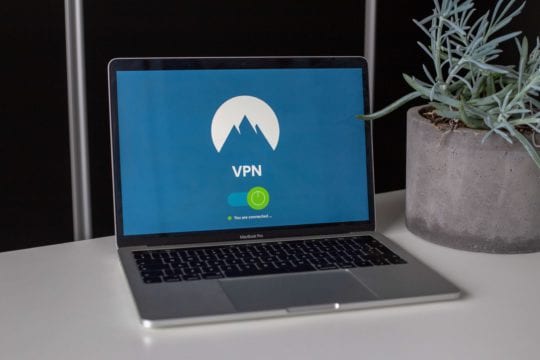 In more laymen’s terms, a VPN acts as a middleman between you and the rest of the internet. First, you connect to the VPN using your WiFi. Then let’s say you want to watch YouTube. Instead of your computer connecting to YouTube, the VPN connects to YouTube and then by proxy connects you to YouTube.

When it comes to first-party browsers (Chrome, Explorer, and Safari), Safari is certainly the privacy king. However, Safari is far from perfect, and Explorer and Chrome aren’t tough competition when it comes to respecting your digital privacy.

Firefox, on the other hand, easily gives Safari a run for its money. It has all of the same privacy features built into Safari and then some. Extensions for Firefox are reviewed to reduce tracking and malware, more than 2,000 types of trackers are blocked by default in Firefox, and it’s open-source, so Firefox users have a crystal clear window into what data it gathers. Firefox also combats fingerprinting, which is a technique used to identify you based on the way you navigate the internet.

On top of all of this, Firefox is an excellent browser. You can use and configure it to maximize your online privacy without ever feeling like you’re using a patched-together solution.

Out of all of Google’s data-mining endeavors, the most difficult to break away from is Google’s search engine. It’s impossible to deny that Google is the best search engine out there.

That said, there are plenty of Google alternatives that are far from bad. The best of these options is DuckDuckGo. I’ve been using DuckDuckGo for about two years now (you can easily set it as your default search engine on iOS and macOS) and can attest from personal experience that it’s not much different from using Google.

DuckDuckGo was created to uphold user privacy, and so far it’s done a great job of that. You can read more about DDG’s privacy stance and features by clicking here.

As mentioned, cloud services, including iCloud, have a high potential to be used to invade your digital privacy. For those who want to maximize their online anonymity, an alternative is necessary.

That’s where Nextcloud comes in. Nextcloud is a suite of cloud services that were designed from a privacy-first perspective. Nextcloud allows you to host your own cloud service, similar to the way you would host your own website. This gives you complete control over what you store on Nextcloud, something that even iCloud isn’t able to offer.

You will need a bit of tech-savviness to set Nextcloud up, but once you have set it up, it works the same as any other cloud service. And to make the deal sweeter, Nextcloud offers tools like office applications and chatrooms, making it as helpful for individuals as it is for remote companies.

While we’ve talked about third-party apps so far, Apple created a service in the last year that goes a long way towards protecting your anonymity online. That service is Sign in with Apple, a feature that allows you to sign up for a website using your Apple account rather than creating a new account with that website.

Not only is this a more private alternative to Sign in with Google/Facebook, but it also gives you the option to hide your iCloud email. Apple will automatically generate a false email for you each time you sign up with Sign in with Apple. This prevents that website from connecting your account to your email, protecting you from potential leaks that site might experience.

MailDrop.cc is a completely free service that automatically generates a free throwaway email for you. You can use this email to create online accounts, preventing your real email from being leaked to spammers and scammers.

You can even view emails that are sent to your MailDrop.cc email, so if a website wants you to confirm your email address, you can do so. I wouldn’t recommend it for serious accounts (like a Google or Apple account) but for smaller sites, it’s a great way to keep your real email private.

Apple Mail and iCloud email are both fairly secure when compared to mainstream email services, but neither was built from the ground up to be a champion of privacy. If you’re someone who wants the most private email service available, Mailbox.org is a great place to look.

For just €12/year, you can create three email addresses, create a custom domain, and use 2GB of email storage. On top of being privacy-centric, Mailbox.org also runs on 100% green energy and offers features like catch-all email addresses, two-factor authentication, email encryption, and encrypted cloud storage. A solid offering, especially if you’re part of a remote team.

Online privacy is scarce these days, and it becomes clearer all the time that anyone who can abuse your data, will. I hope this post has offered enough of a starting point for you to start increasing your privacy and changing the way you think about your data.

And remember, this is just a starting point! Do your research and find what works best for you.