You are here: Home / How-to / How to Prepare Your Mac to Upgrade to macOS Mojave

We’re approaching the latter half of the summer here in the Northern Hemisphere, which means that Apple’s lineup of software updates is just around the corner.

While we’re not sure when macOS Mojave and the other updates will officially launch, it’s likely only a few months away. But you can prepare your Mac computer for the big update to ensure all goes smoothly with the following steps.

The Essentials of Upgrading to macOS Mojave

There are always a few things you should do prior to downloading and installing any software update, whether general public version or beta build. You can avoid some really nasty outcomes if you just take the time to follow the next few steps.

Before you attempt to update to macOS Mojave, it’s a good idea to see if your Mac can even support it in the first place.

Luckily, that’s pretty easy to do. Apple has provided the following list of Macs that will be able to download and run the update.

For the upgradable Mac Pro, specifically, it’s worth noting that machines made in mid-2010 to mid-2012 models that Metal-compatible GPUs can download Mojave. 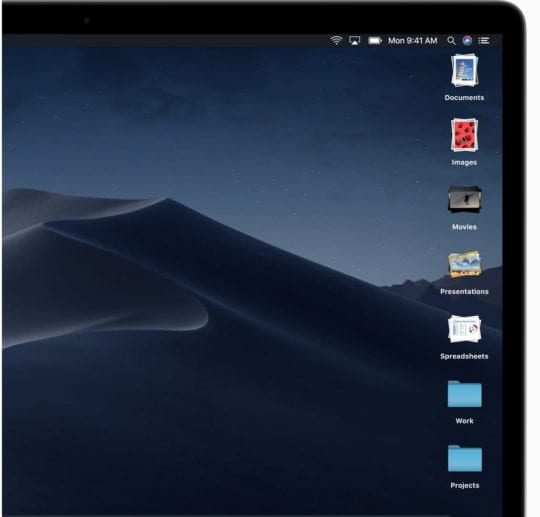 Clean Up Your Mac

It’s always a good idea to clean up your Mac before an update to ensure that the process goes smoothly.

That’s especially true if you’re running rather low on storage space on your primary HDD or SDD. If you don’t have enough space on your computer, it could throw a wrench in the macOS update process.

Even if you’re good on storage, it’s still a good opportunity to do some “housekeeping” and clean out unnecessary data and apps on your computer.

Just go through and delete unused apps, duplicate photos, files, or anything else that’s just taking up space.

On a similar note, you can should which apps on your Mac are still 32-bit. Apple has confirmed that macOS Mojave will be the last version of the operating system to run 32-bit apps.

So while you’ll still be able to run older apps on Mojave, it’s probably smart to update the ones you can.

That way, there’s less to do when you update to the version of macOS after Mojave. Plus, you’ll mitigate any issues with running aging software on a new version of macOS.

While the update process on macOS is generally pretty stable, there is still a range of things that can go wrong.

Because of that, it’s incredibly important that you create a full backup of your Mac system before even attempting to upgrade to a new version of macOS.

There are a number of ways to go about this, but it’s typically recommended that you create multiple backups of the important data on your computer.

You could, for example, use Time Machine to create a full backup of your Mac.

Then, use a USB flash drive, external hard drive, or a cloud-based service like iCloud Drive or Dropbox to save an alternate copy of your most important files.

This may seem like an unnecessary step, but the exact method you use could depend on your circumstances.

For example, if you’re upgrading directly from a version of macOS High Sierra, then it’s pretty simple. You just open the Mac App Store, find the prominent banner for macOS Mojave, and click Download.

If you’ve been beta testing macOS Mojave (whether public or private beta), then the steps are a bit different. But you should be able to just run the macOS Mojave installer. The final version of macOS is generally the same as the Gold Master (GM) beta build.

But before you do either, make sure to read through the following section.

Once you backup your compatible Mac, you should generally be set to download and install a new macOS software update. But, of course, there are always some extra steps you can take to ensure the process will go smoothly.

These may not strictly be necessary depending on your own Mac, but they’re still good ideas and generally recommended.

Though it’s not strictly necessary in every instance, it might be a good practice to create a bootable installer with a previous version of macOS.

That way, if something goes wrong during or after the macOS Mojave, you have a last resort backup to get a stable version of macOS onto your machine.

It is a lengthy process, however. But if you want to foolproof your macOS Mojave update process, then it might be worth doing.

Apple has a great support document outlining the exact steps to create a bootable USB installer.

We strongly recommend using it if you choose to do so.

Decide Whether You Want a Clean Slate

Lastly, before you update to macOS Mojave, you have one last choice to make.

You can either carry over your current settings by simply installing the macOS Mojave update directly on your Mac.

This is convenient because you don’t have to necessarily change anything. As soon as the update completes, it’s business as usual on your computer.

On the other hand, some people like stating with a “fresh slate.” And if you delete all the data on your hard drive or SSD, you might notice some performance bumps when you do update.

You can simply pull the important data you had backed up via Time Machine or another storage medium. Any settings you’d have to reset, however.

Additionally, you’d need to create a bootable installer with macOS Mojave to start with a fresh operating system.