You are here: Home / iPhone / How to Troubleshoot iPhone 6 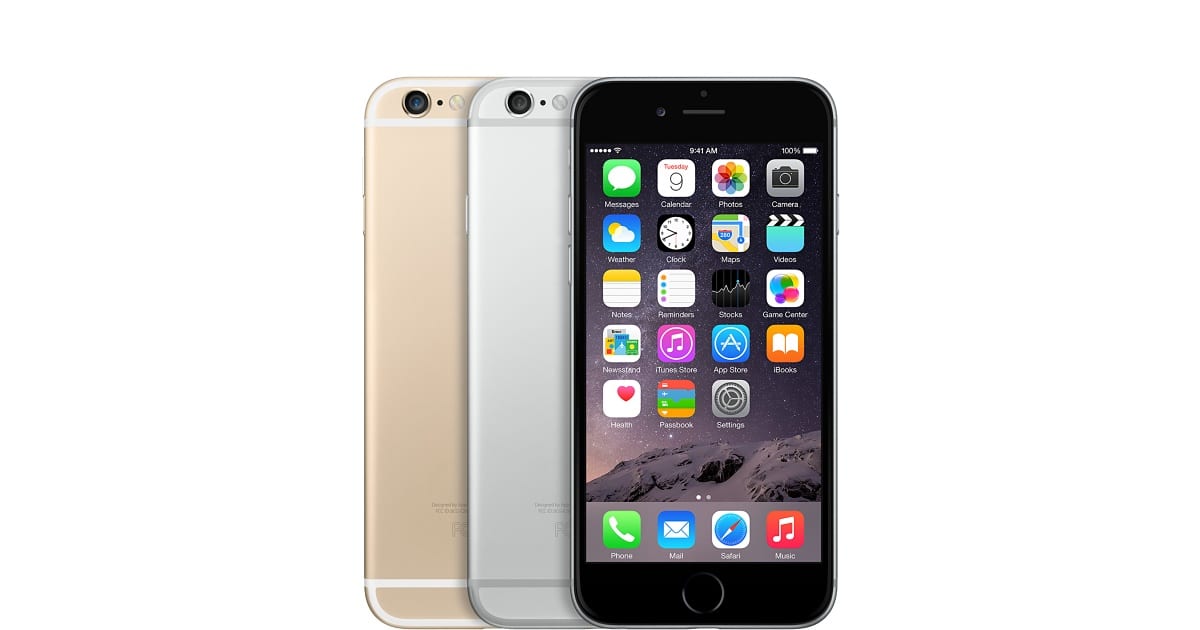 As is usually the case with Apple products, the release of the iPhone 6 and the iPhone 6 Plus was met with unbridled enthusiasm. In this latest rendition of the iPhone, Apple has chosen to follow the trends set by its competitors and has created a cellphone that has a much larger touchscreen than its predecessors. By all accounts, the iPhone 6 has been a resounding success. In a poll taken by Fortune magazine, it was estimated that iPhone 6 sales would reach 66 million phones sold by the quarter that ended on December 27. However, Apple shattered that record by selling 74.5 million phones. While most people are happy with their purchase, many people are complaining about problems with their iPhone 6. The following are a few of the most common iPhone 6 problems along with tested solutions.

The primary complaint that people have with their iPhone 6 phone is battery life problems. These problems were exacerbated by the IOS 8.1 and 8.2 updates. However, many believe that the problem is not with the updates to the operating software, but instead with the design of the phone itself.

Fortunately, there are many options that iPhone 6 users can try if their phone has heavy battery drain. Thanks to iOS 8 updates, iPhone 6 users can see what background applications are putting the most drain on their battery life and turn them off. This feature can be found by going to Settings-> General-> Usage-> Battery Usage. Users are presented with a list of what applications have used the majority of their battery power within the last 24 hours and within the last 7 days.

Another option to extend battery life is to disconnect the background refresh feature. This feature is designed to allow applications to update in the background. As convenient as this feature is, it also consumes battery life. To do this, go to Settings – > General –> Background App Refresh –> and turn this feature off for all of your applications or for individual applications. Other options for preserving battery life on the iPhone 6 is to turn down screen brightness, turn off push email, turn off 4G LTE, and in worst-case scenarios use the phone in airplane mode.

A common complaint on Apple discussion forms is problems with the iPhone 6 connecting to the Internet. Problems range from grayed out Wi-Fi all the way to unstable connections. Unfortunately, neither Apple nor iPhone enthusiasts have been able to come up with a sure fire fix for all iPhone 6 Wi-Fi connectivity issues. However, there are a few options that have worked for the majority of people. These include resetting the network settings. This is relatively easy to do and only takes a few minutes. On the iPhone 6, go to Settings-> General-> Reset-> Reset Network Settings. You will need to put your passcode in again and then wait a couple of minutes as the phone goes through a reboot and makes some changes.

If this solution does not work, go to Settings-> Privacy-> Location Services-> System Services to turn off Wi-Fi networking. Next, reboot the phone, and there’s a good chance that the Wi-Fi should be working normally.

Bluetooth problems are very common among iPhone 6 users, especially when they are trying to connect them to their automobile software. Similar to the Wi-Fi connectivity issues, there is no one-size-fits-all solid solution. However, many Apple enthusiasts and Apple discussion forums have commented that resetting all settings has helped fix their Bluetooth problems. This can be accomplished by going to Settings – > General –> Reset –> Reset All Settings.

Another option is to reset network settings using the steps outlined in the section on Wi-Fi connectivity. Once this is done, press the Sleep/Wake button with the Home button until the Apple logo appears on the phone.

There has been a lot of complaint about the screen on the iPhone 6 becoming unresponsive. The problem seems to happen a lot with the keyboard. The keys respond sluggishly, or they just don’t work when the phone is in portrait mode. In some instances, one half of the screen becomes completely unresponsive.

The camera on the iPhone 6 has experienced multiple problems including chromatic aberration and purple tinges. Other problems include starting up the camera app only to see a black screen and photographs that have been taken in the wrong orientation. Some solutions include the following:

Touch ID Does Not Recognize Your Fingerprint

Touch ID has been a fan favorite feature of Apple’s smartphones since the iPhone 5S. It allows phone users to open up their phone and access apps without inputting a pass code. Unfortunately, this feature does not always work as well as it should. In some cases, it has taken users more than 10 attempts to open their phone.

Depending on the reason for the malfunction, there are a few ways to get the Touch ID feature to work properly. In many cases, one simply needs to clean dirt and debris from the sensor and make sure that it is clean. If this does not work, go to Settings –> Touch ID and remove all of the stored fingerprints and add a new fingerprint following the instructions.

The iPhone 6 is a thin aluminum device. Many users have complained that they are able to easily bend the device by sitting on it or by exerting a small amount of pressure. YouTube and other video sharing services are full of videos of users trying to bend their phone. In some cases they have been able to do it successfully.

The best way to prevent an iPhone from bending is to buy a case for it. Apple’s official cases provide great protection as do some of the third-party cases that are for sale.

When troubleshooting sound issues on the iPhone 6, the first step should always be to make sure that silent mode is not activated. Do this by looking on the upper left side of the phone for the switch that puts the phone in silent mode. If the phone is in silent mode, the iPhone will vibrate, but it will not play any sounds, alerts, or sound effects. It is surprising to know that the majority of users were able to resolve some sound problems with this simple fix.

Another option is to hold down the Home button with the Sleep/Wake button to perform a soft reset. If the problem is still persistent, take the phone to the Apple Store to have the hardware evaluated.

Phone Will Not Make Calls

While an iPhone 6 is full of bells and whistles, it’s primary function is to make telephone calls. Many users have complained that they can make phone calls one minute, but then in next minute they cannot make any phone calls at all. The following are some ways to troubleshoot this issue:

If the problem persists, attempt to restore the phone as new or contact Apple to have the phone’s hardware evaluated.

iPhone 6 Crashes and Reboots on Its Own

Some iPhone 6 users are complaining that their devices are getting stuck in a boot loop and continually turn itself off and on again. The problem usually occurs when launching an app. Users complain of seeing a blue or red screen. This problem is seen more in phones that have a large storage capacity, and it is thought that it is linked to the phone’s flash storage components.

In most cases, this problem is a hardware problem, and the phone will need to be replaced. Some users have been able to use a factory reset and then selectively install the applications they need on their phone. However, this is a time-consuming and radical step that does not guarantee results.

Some have said that updating their phone to the most recent iOS has solved the problem. This can be accomplished by going to Settings –> Software Update –> Download and Install when a new update is available.

Many iPhone 6 users have dealt with the frustrating problem of not being able to hear the other caller when they make a phone call. Some solutions include:

With the iPhone 6, Apple has created a unique product that has allowed it to reclaim its thrown as the king of smartphones. Thankfully, Apple is quick to respond to issues with their phones and addresses software issues by periodically updating their software. IPhone 6 owners can guarantee that they get the most out of their phone by taking the time to learn about its features and to learn about basic troubleshooting steps they can take to keep their phone working at maximum efficiency.