You are here: Home / How-to / How To Use Background Sounds on iPhone in iOS 15

Back in May, Apple announced a series of new accessibility features that would be coming to the iPhone. However, these weren’t expected to only be included with iOS 15. One such feature, Background Sounds, is designed to help keep you focused on the task at hand but it has not been available. Since the announcement, Background Sounds have made their way into the latest iOS 15 beta, allowing you to play one of six different sounds in the background.

Here’s Apple’s official description of what Background Sounds are:

Everyday sounds can be distracting, discomforting, or overwhelming, and in support of neurodiversity, Apple is introducing new background sounds to help minimize distractions and help users focus, stay calm, or rest. Balanced, bright, or dark noise, as well as ocean, rain, or stream sounds continuously play in the background to mask unwanted environmental or external noise, and the sounds mix into or duck under other audio and system sounds.

We’ve seen dedicated apps released in the App Store that do the same thing, such as the aptly-named Dark Noises. However, Apple has been making great strides to improve the accessibility options and features on its devices in recent years.

How To Use Background Sounds on iPhone 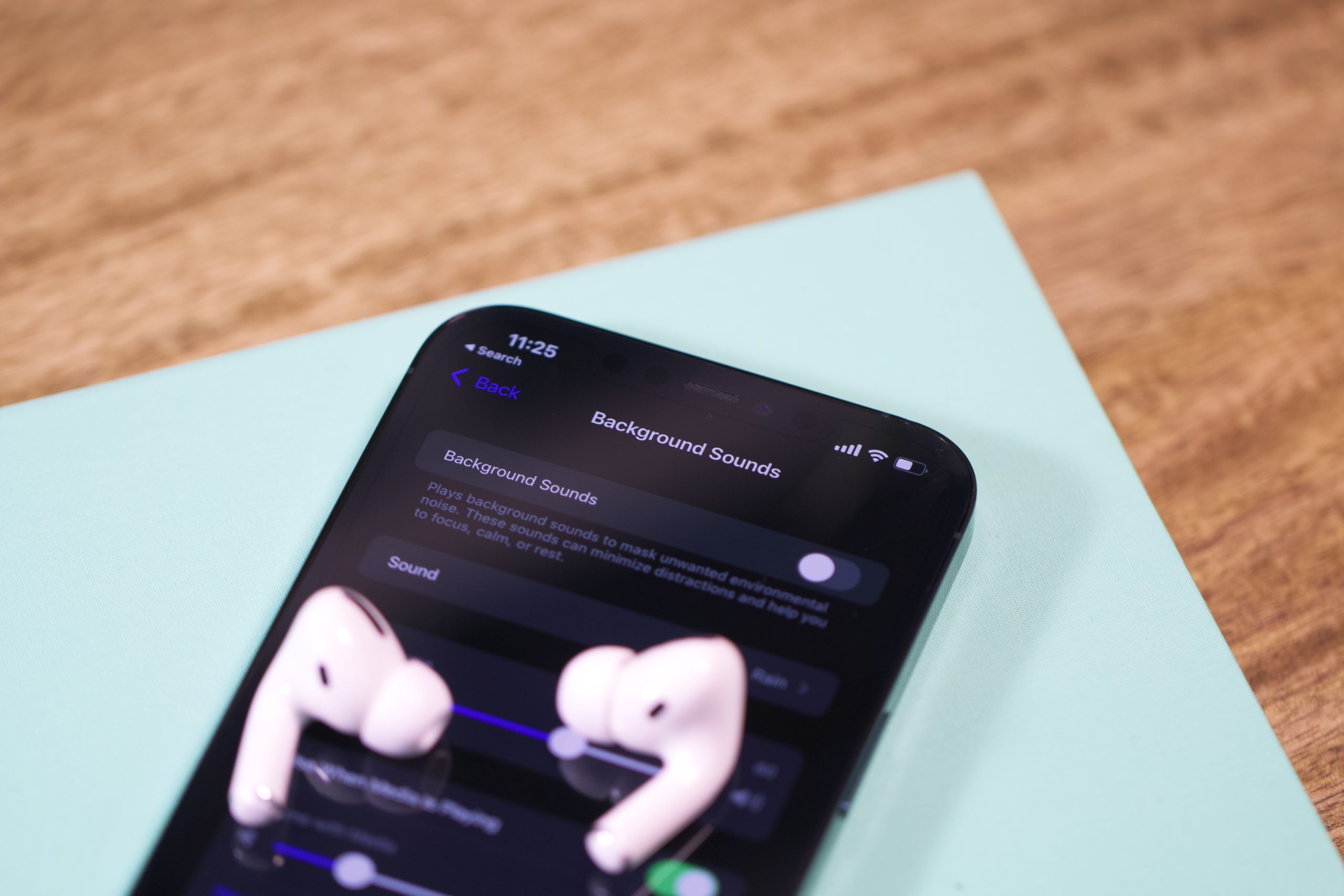 If you have iOS 15 installed on your iPhone, you now have access to the Background Sounds functionality. These can easily be enabled, but you’ll need to jump into the Accessibility section from within the Settings app. Here’s how to use Background Sounds on iPhone:

There’s just something about having background sounds and noises playing that can help keep you focused. But these are also great if you are looking for some sounds to help you unwind at the end of the day.

Use Background Sounds With Control Center

Those who want quick and easy access to Background Sounds, you’re in luck. After following these steps, you’ll no longer need to worry about diving into the Settings app just to turn these on or off. Unfortunately, you won’t be able to control the sounds from the Music widget in the control center or if you add it to your Home Screen.

Now that the Hearing toggle has been added to Control Center, you’ll be able to access, adjust, and interact with Background Sounds much easier than before.

By adding the Hearing option to Control Center, you no longer have to worry about jumping into the Settings app every time you want to have sounds playing in the background.