You are here: Home / iPhone / Shortcuts for iOS 12 First Look: How to Use It and How It Effects Siri’s Future

One of the major changes coming in iOS 12, the new release coming this fall first introduced at Apple’s Worldwide Developer Conference in June, is called shortcuts. The feature allows third-party developers to create Siri shortcuts to their app.

For example, Starbucks could create a shortcut called “morning coffee”, which would automatically order the users daily coffee order at their Starbucks without them having to open the app.

However, shortcuts really get interesting with the new ‘Shortcuts’ app, coming alongside iOS 12 this fall.

The app, which is built upon the ‘Workflow’ app Apple acquired earlier this year, allows for users to create chains of events via one shortcut, enabling an incredibly wide array of abilities in Siri previously unavailable.

While the app is available alongside iOS 12, it has yet to be included in an iOS 12 developer beta.

However, this weekend, Apple began inviting select developers to try out the app early. I got invited, and here’s a brief overview and what I think so far:

How to Shortcut with iOS 12

As described above, shortcuts are now a tool that can be enabled by any developer and are not limited to the Shortcuts app. In third-party apps that enable the feature, the app will have an ‘add to Siri’ button, allowing for users to add the one-action shortcut to their Siri, with the ability to edit and manage it in the Settings app.

The Shortcuts app is a bit more complex. When you launch the app, you are greeted with two section: “Library”, which contains all of your created ‘workflow’ shortcuts with the ability to edit them, and “Galley”, an incredibly useful set of pre-created ‘workflow’ type shortcuts.

To create your own shortcut, click on the + icon on the upper right. This will lead to an interface with a list of abilities, as well as a search field to find what you are looking for. Let’s take a look at one I’ve added called “Laundry Timer”

We first add an ‘Input’ asking how much time is left for laundry. When the shortcut is enabled, a dialogue box will appear with this question asking for this information. 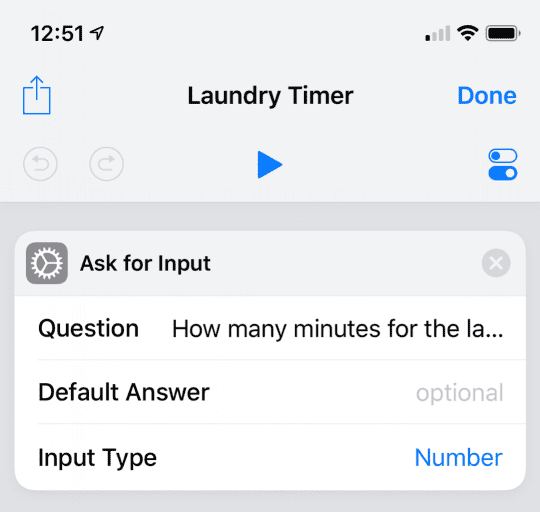 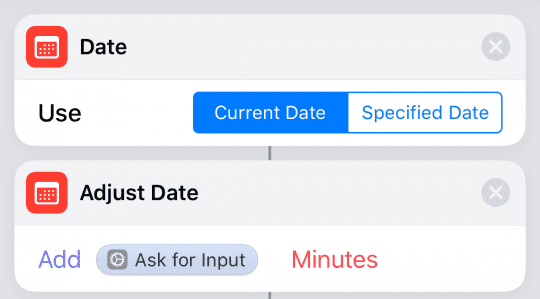 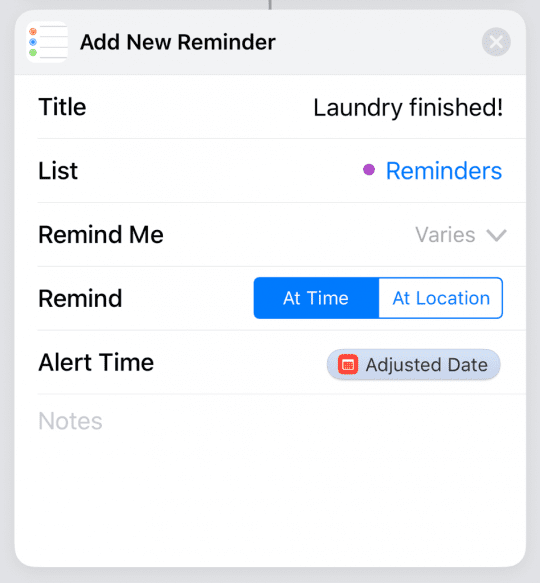 While the initial setup is a bit complex, it works great once properly created. Simply enable the shortcut, enter the time, and you get reminded.

By default, Shortcuts must either be enabled via a widget in the widget center or via the Shortcuts app, however, you can enable Siri integration.

By going to the settings section of your Shortcut, you will see a “Add to Siri” button. This will allow you to pick any audio phrase you’d like to enable the shortcut via the virtual assistant.

The “Laundry Timer” shortcut, as well as a couple dozen others, are available via the Gallery, which contains a curated list of pre-made shortcuts that can easily be enabled.

While many of these have been imported from the Workflow app and tweaked to support new iOS 12 features, I’ve found them to be the most compelling aspect of Shortcuts, and iOS 12 as a whole, so far.

For example, “When Do I Need to Leave By?” will estimate the time needed to travel between home and work whenever the shortcut is activated.

When you select a pre-made shortcut, you will see a simple explanation of its capabilities and the ability to add it. If you’d like to see the complex workflow behind it you can, but most likely will skip.

Once you push ‘Get Shortcut’, you’ll be asked just the necessary information to make the shortcut work, in this example, where your home and office are.

The Galley includes a number of subcategories, including shortcuts relating to Apple Music, staying healthy, photos, and more.

These include simple tasks with things like ‘Crop Photo’, to more complex shortcuts like ‘Pizza Assistant’, which will call automatically call your favorite Pizza store and then remind you when it is time to go pick up.

The most obvious benefit of Shortcuts is to improve the capabilities of Siri, which has been lagging far behind the competition from Amazon and Google in recent years.

Shortcuts, which can be added to Siri via customizable voice commands, sync across your devices, allowing you to enact them on both your HomePod and Apple Watch.

This hypothetically means a company like Spotify could create a ‘Play Spotify’ shortcut, and the user could then create a workflow Shortcut to enable Spotify playback and start streaming to HomePod.

While the potential for Siri Shortcut capabilities is clear, in its current form it is fundamentally flawed. This is mostly due to one core issue: system prompts.

In the ‘Laundry Timer’ example, the workflow starts with a system prompt asking how much time is needed for laundry. This means if you say to your HomePod “Laundry Timer”, it can’t ask how much time you need, and will instead send a pop-up to your phone. This is true in most input situations with Shortcuts. 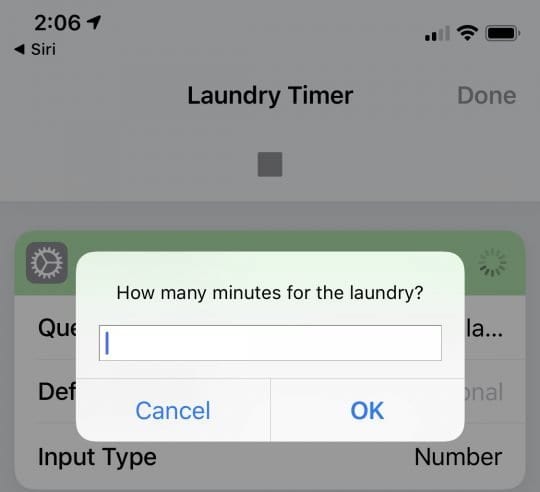 For this to be fixed, Apple would need to create voice equivalent Siri-prompts for all text-based prompts in the current workflow app. While it is possible this is coming in the final release, Apple has not mentioned it or indicated it will.

This isn’t all bad though, Shortcuts that only require a verbal response, such as how much time you need before leaving for work, can be completed entirely through Siri. I imagine Siri prompts are coming in the future if they aren’t planned already, but the fact they aren’t here at launch is a big drawback.

Shortcuts will launch alongside iOS 12 this fall. At the moment, it is unclear if the app will be pre-installed with the operating system or be a separate download from the App Store.