You are here: Home / How-to / How To Use Low Power Mode on Mac

Earlier this year, when Apple introduced iPadOS 15 and macOS Monterey, a new feature has appeared that didn’t garner much attention at first. This comes as no surprise given all of the other changes that Apple introduced with its latest software for both the iPad and the Mac. However, despite all of the changes, this one feature may truly be a game-changer for those who are constantly working on the go.

What Is Low Power Mode?

When iOS 9 was announced, Apple introduced a Low Power Mode, as a way for users to try and squeeze a bit more battery life out of their devices. The feature has remained one of the best options if you need to ensure that your iPhone doesn’t, run out of juice before you can make it to a charger. However, it’s also a feature that MacBook and iPad owners have been clamoring for so those devices will be able to last a bit longer.

Essentially, when Low Power Mode is enabled, the processing power on the iPad and Mac, along with the fans on the Mac, will be lowered. This will provide a slight hit to performance, but will help provide a bit more battery life if you’re not near a charger.

How To Use Low Power Mode on Mac 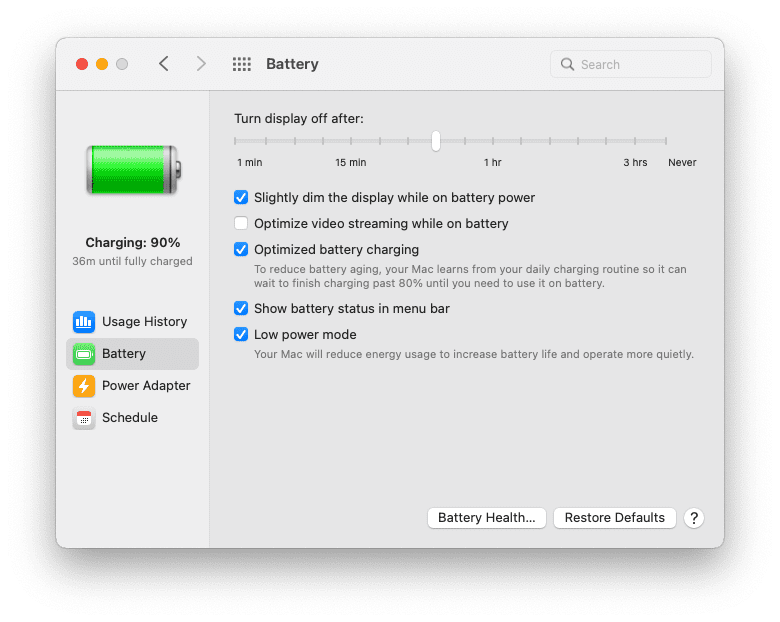 By default, the above steps are only applied when you are running on battery power. This is why you likely won’t see the Low Power Mode available on something like the iMac or Mac mini. Those who are using a MacBook with macOS Monterey will be able to also use Low Power Mode even when connected to a charger. Here’s how you can change those settings: 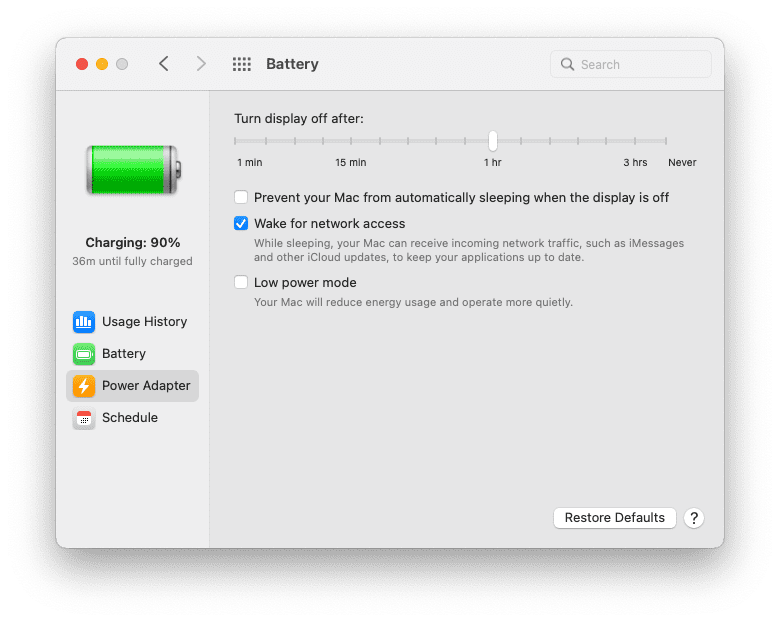 To be frank, the addition of Low Power Mode when connected to a power adapter is kind of a head scratcher. However, it could help prolong power consumption if you happen to be connected to a portable charger with your Mac. 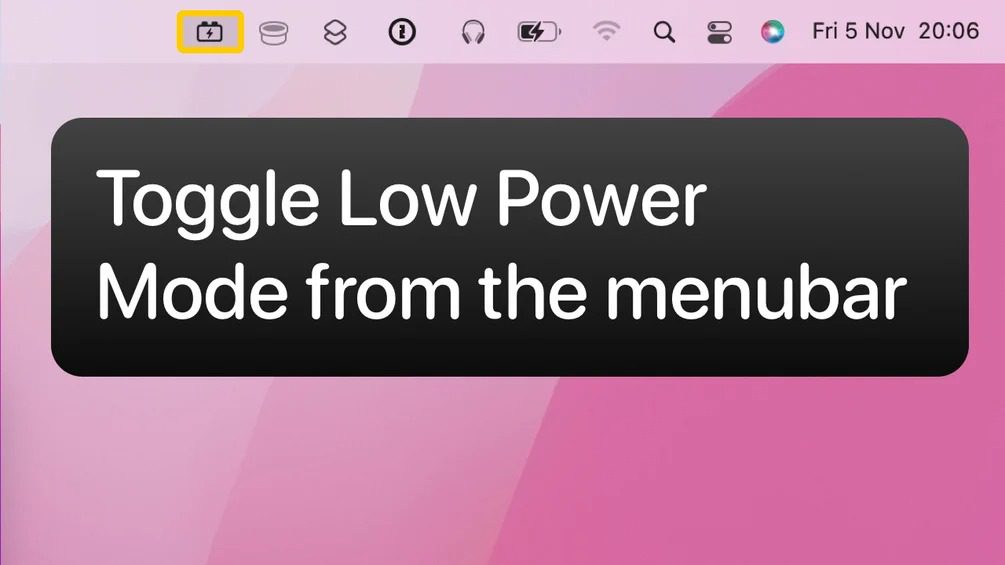 Just as we saw with the introduction of the Notch, developers have already been working at releasing tools to make it easier to toggle and use Low Power Mode. One such tool is called Cooldown and comes from Jordi Bruin, who also created one of our favorite notch-hiding utilities in Forehead.

With Cooldown, you’re actually using a dedicated shortcut, but instead of needing to activate it via the Shortcuts app, you’ll find a menu bar icon at the top. After it’s been installed and configured, you’ll be able to just click the menu bar icon to turn Low Power Mode on or off. Cooldown is free to download, however, the developer does offer the ability to donate a bit of money as a thanks for creating this utility.