From one perspective, iOS 15 is a much bigger overhaul than we initially suspected. Apple has introduced a slew of new features such as Focus Mode, better notifications, and improvements to the Notes and Reminders apps. But one of the more controversial updates has to do with Safari. Apple’s own web browser is the subject to a complete overhaul from top to bottom, as Apple attempts to bring feature parity between macOS, iOS, and iPadOS. But it was met with quite a bit of backlash, forcing Apple to change its course and give users options, instead of just sticking with one design and rolling with it.

The problem with the Safari Tab Bar before the release of Beta 4 was that the floating tab bar would appear overtop of the content you were viewing. This means that if there is a button at the bottom of the page (like trying to place an order), the tab bar is in the way completely. Apple’s decision to use Safari Tab Bar this way in iOS 15 has been lambasted across Twitter, and the rest of the web.

Use Safari Tab Bar on iOS 15 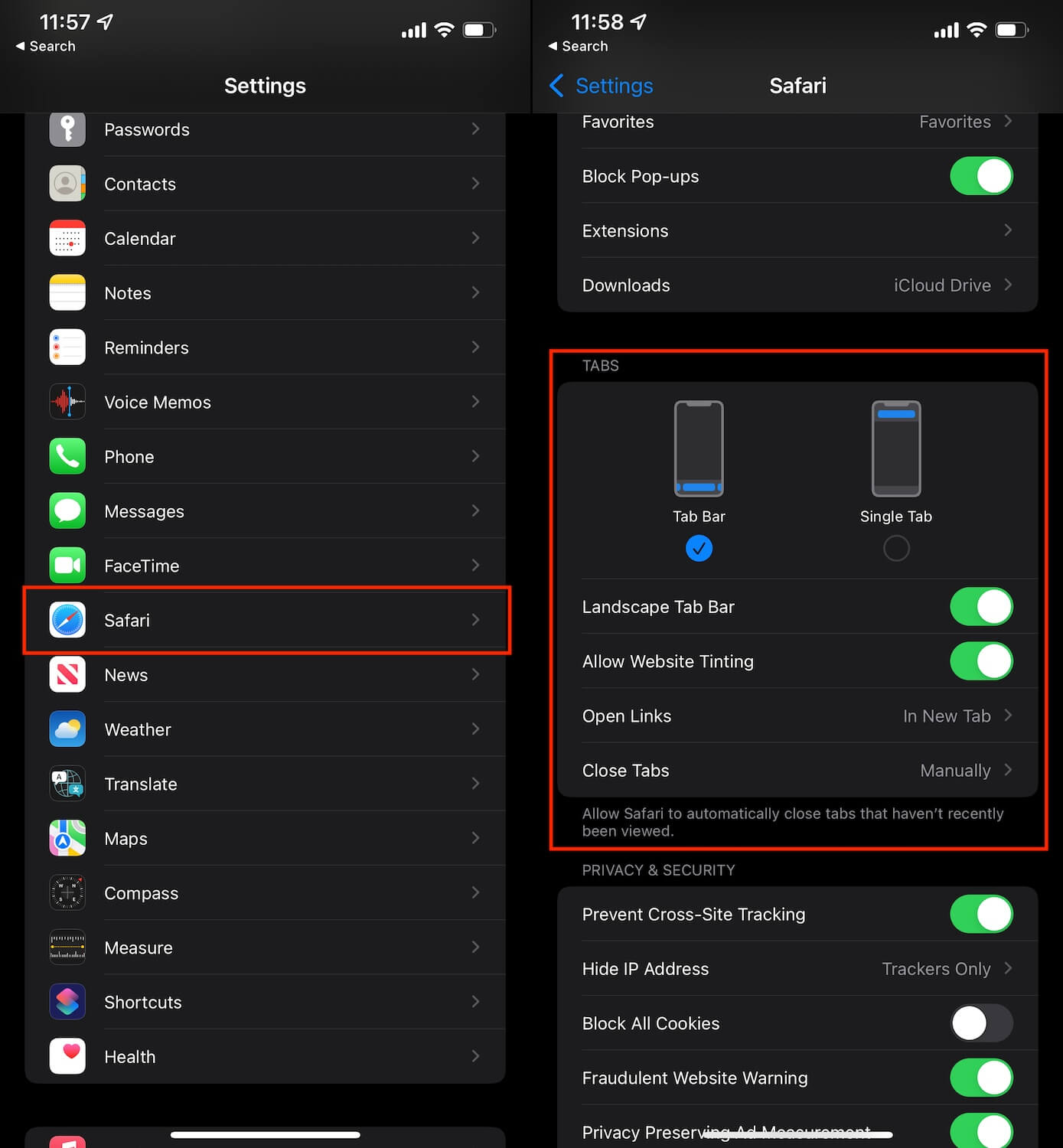 If you happen to be running the iOS 15 Developer or Public Beta, you might want to close out of Safari by swiping it out of your multi-tasking menu. This is just to make sure that the changes actually take so that you can enjoy whatever version of the Safari tabs that you want.

What’s so head-scratching about this entire saga is that Apple usually doesn’t make changes like this. If a design change is made or the functionality of an app is changed, that’s the way that it stays. But with Safari on iOS 15 and iPadOS 15, Apple is actually giving users more options.

Perhaps this is just a trickle-down effect from the ongoing legal battles, or maybe Apple is finally beginning to trust its users more. For some the new floating tab bar is not much of an issue, but having even just an alternative option is the right move and it’s refreshing to see Apple make these decisions. Hopefully this trend will continue, as we continue to keep our fingers crossed for custom icon packs and third-party watch faces to arrive.