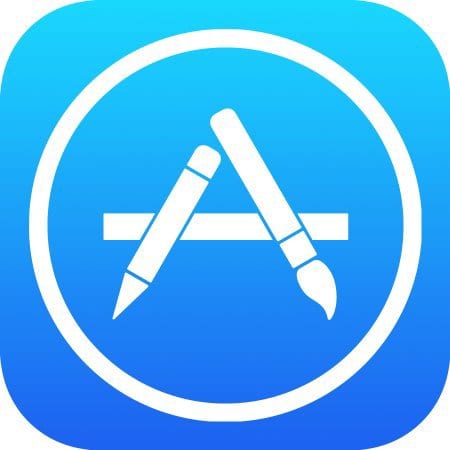 iOS 11 includes a number of design tweaks and changes, but one one of the most notable is a new App Store. The updated store, launching this fall with iOS 11, is the first redesign since its release in 2008.

The iOS 11 App Store changes come amidst a long-running controversy regarding App Store discovery and developers. Developers feel that the App Store economy is no longer viable for upstarts, and gives too much power to the big guys. Apple hopes that with the changes in the new App Store, developers will be more successful, both big and small.

The new App Store will launch on all iOS devices. 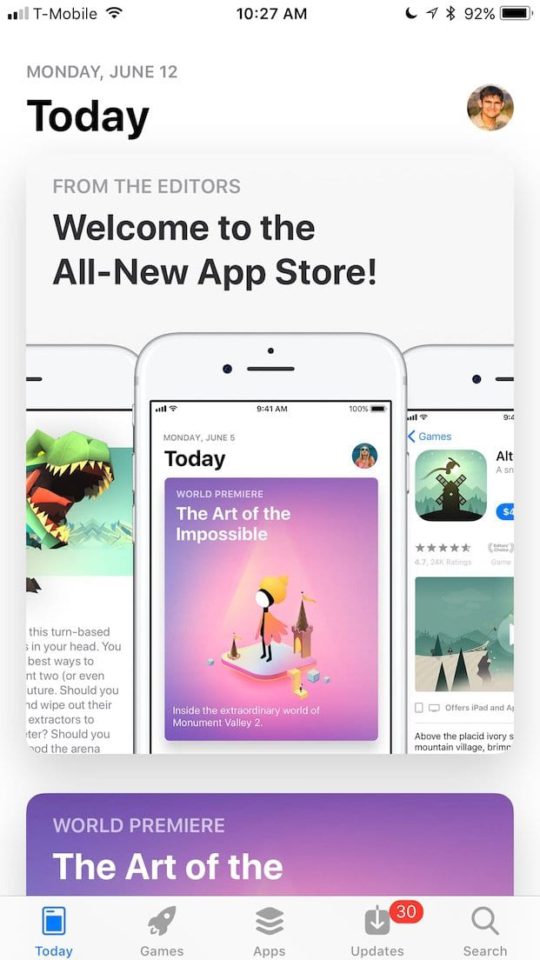 The first one, Today, is a completely new way to discover on the App Store. It features a scrolling list of cards, featuring notes from the editor, showcasing new apps, and an App and Game of the day every single day. Scrolling past that day leads to the previous day’s features.

These cards aren’t just pictures with App downloads, they are full on articles showcasing the Apps. Let’s take a look at the ‘World Premiere’ card for Monument Valley 2. 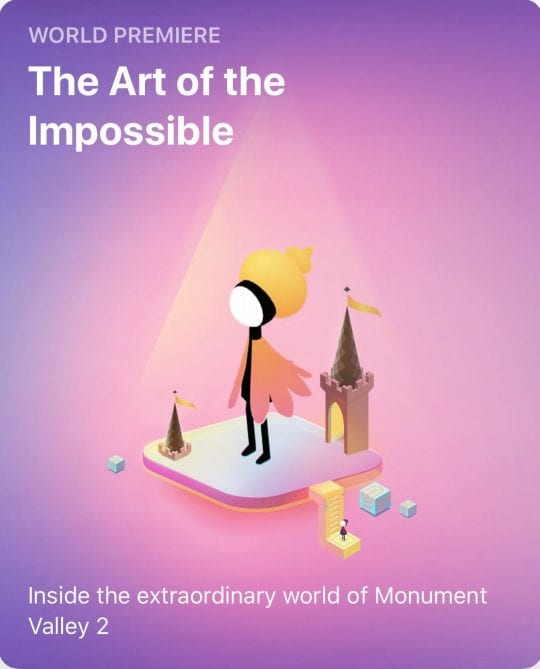 Clicking on the card brings up an article, written by an App Store Editor, describing the game and what makes it special, as well as beautiful art and inline video. 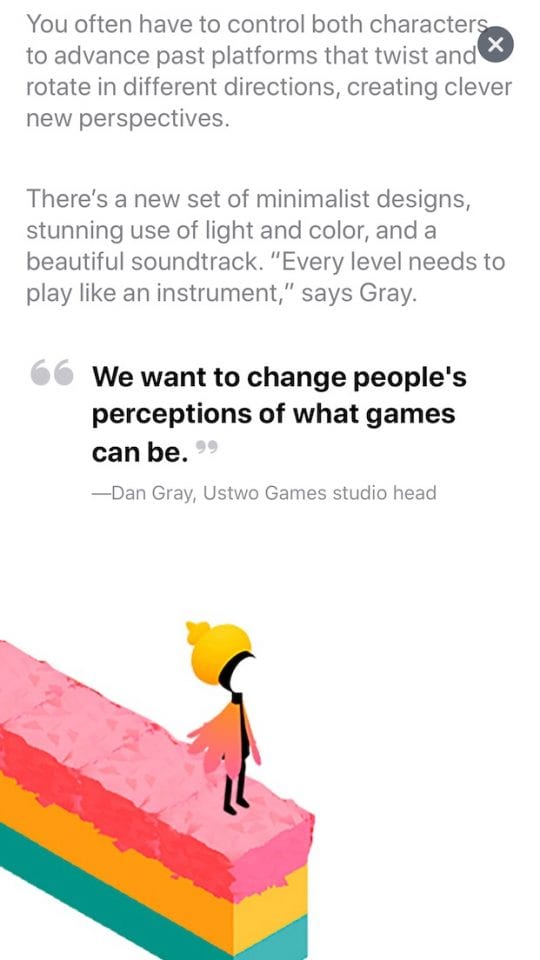 When you reach the bottom, you could either go to the App page or purchase it right from the article. 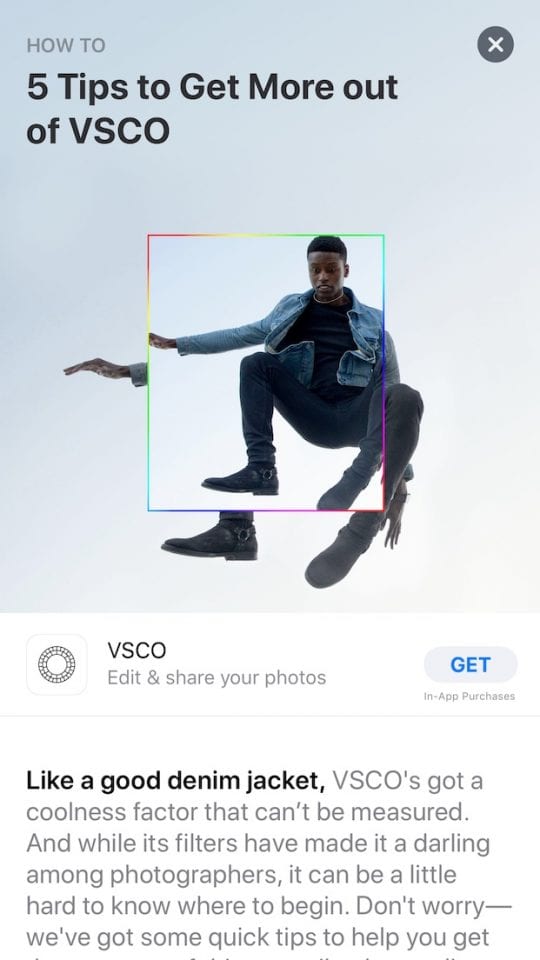 These articles don’t just showcase new apps, but also can give how-tos for existing apps. For example, today there is a card showing 5 tips to get more out of VSCO, showing videos of the tips and a button to get the app straight from the article. 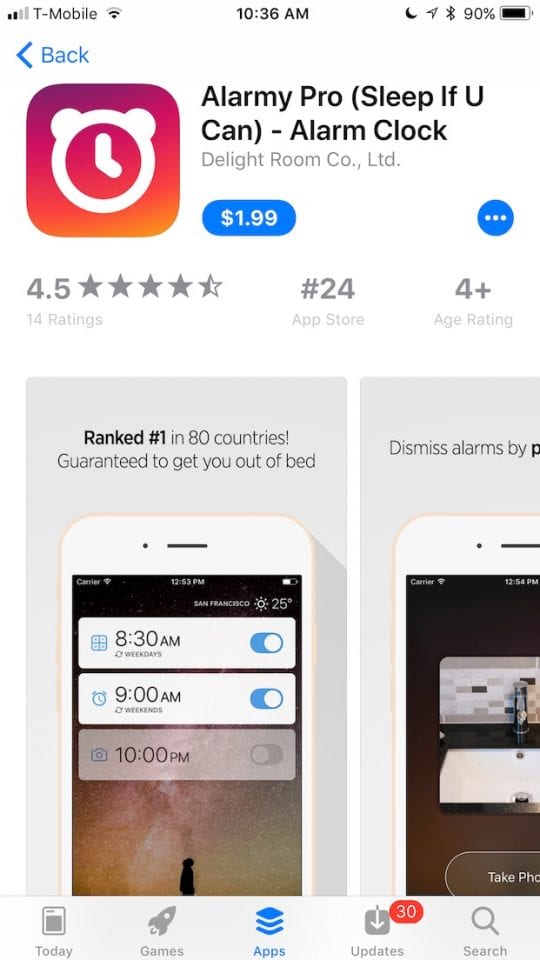 The app pages have been redesigned in iOS 11 and the new App Store.

At the top, you will see clear graphics showcasing the apps rating, position on various charts, and its age demographic, along with screenshots and videos. 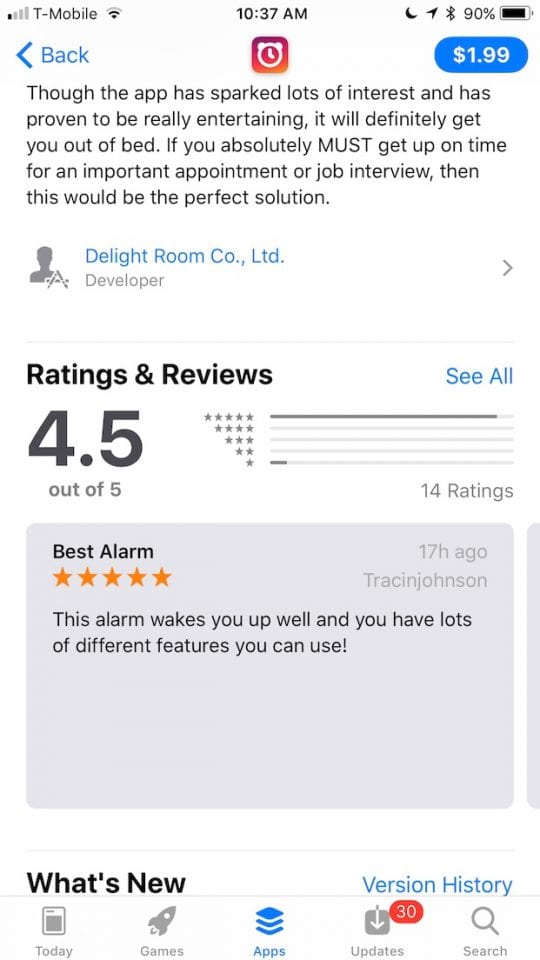 As you scroll, the icon and download button remain at the top, leading to the description and app reviews.

App Reviews have seen some notable changes in iOS 11. Prior to the update, any new release would automatically reset the app reviews, now, developers can choose with each release whether or not to reset reviews.

In iOS 11, Games and Apps have been separated. 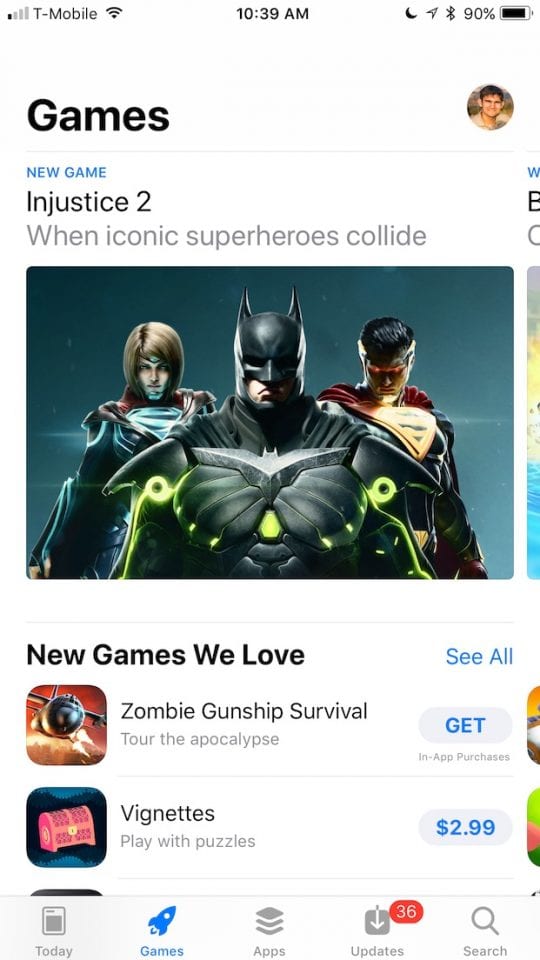 The Games tab features everything you’d expect from the App Store, just only for games. Games now have separate featured apps, separate promos, and separate charts. Because Games are such a large percentage of the App Store, Apple felt developers wanted separation to help discovery on non-Game apps.

Games can now also be viewed in specific categories, such as Action, Arcade, or Puzzle. 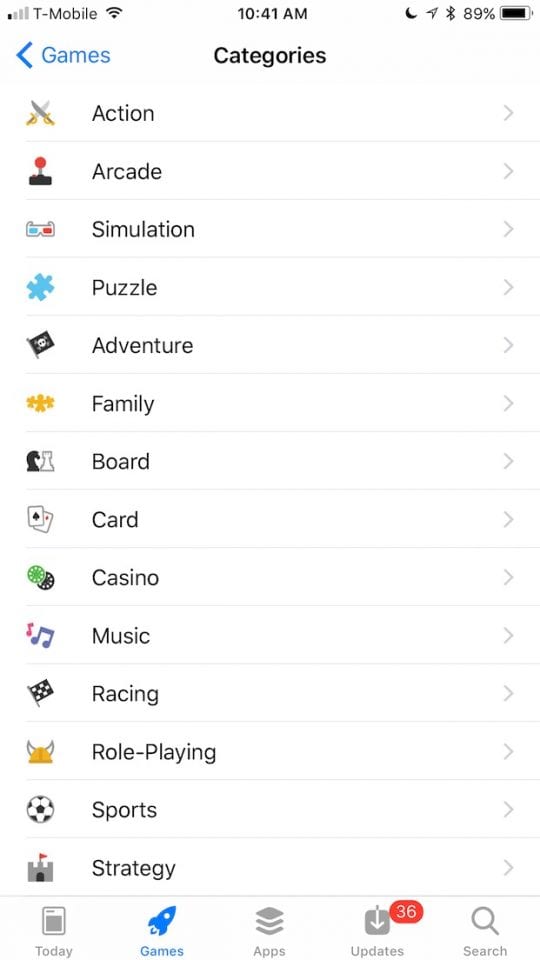 The Apps section remains similar to before, just without the Games. Users will see featured Apps by Apple, followed by charts and categories. 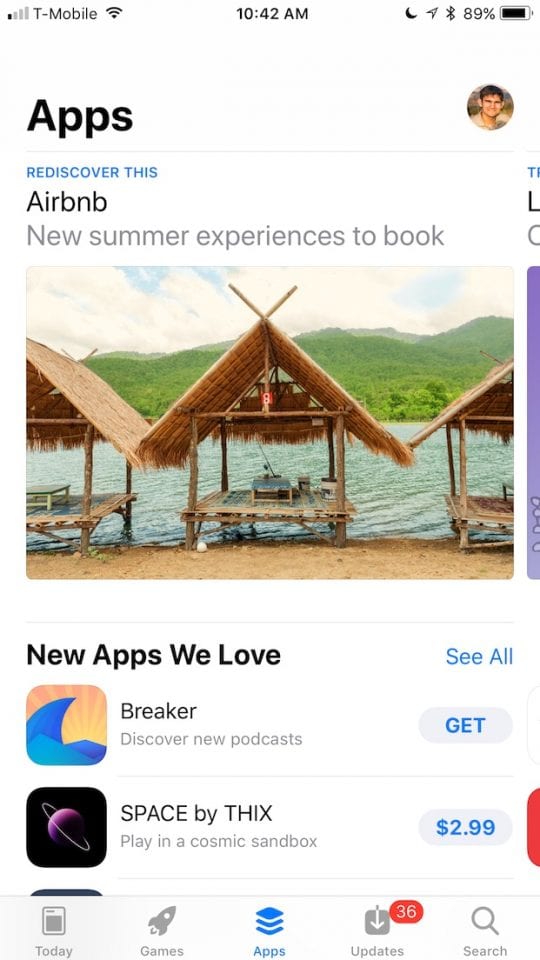 The State of the App Store

Apple continues to demonstrate its commitment to fixing issues with the App Store and making developers happy. The changes in iOS 11 certainly help make things better, alongside changes made earlier in the year to help discovery and stop frauds.

There are still problems though. The Mac App Store is a mess and scam apps still exist throughout the App Store. Progress has been made, but there is still a lot more to do.