You are here: Home / iPhone / How to Use the New Google Maps Explore Bar on Your iPhone 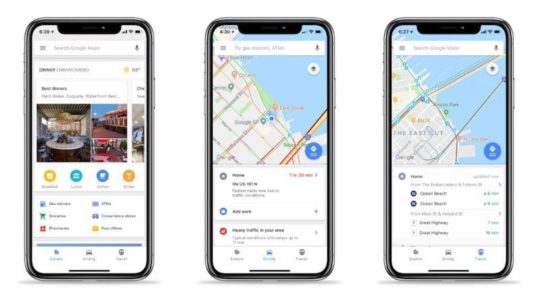 The Google Maps for iOS app has been updated with a streamlined and redesigned Explore menu. The improved feature now lets users see local transit, traffic and destination information at a glance.

11 Google Map Tips and Tricks For your iPhone

Did you know? Google Maps is only for a few Privileged folks in North Korea

Here’s how to make the most of it. 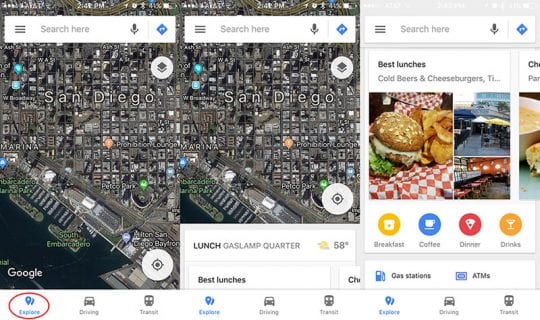 When you first tap the Explore tab, you’ll see a bar with a simple, localized report with the current temperature and weather.

Below this will be contextual restaurant suggestions with photos. You’ll see different categories (best lunches, cheap eats, etc.) based on the current map view and time of day.

You can also tap on the Breakfast, Coffee, Dinner or Drinks options to get more hyperlocal information about those categories.

Finally, at the bottom of the Explore tab, you’ll see a variety of options for quick searches.

For example, tap on gas stations and you’ll get a list of corresponding results for your current map area. Ditto for the other options, including ATMs and Pharmacies. 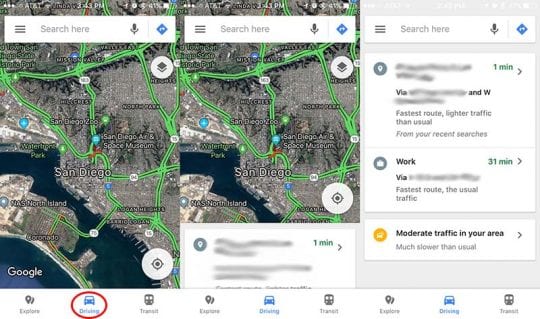 The Driving tab has also been updated to include relevant information at a glance. When you first tap Driving, you’ll see local roads and highways light up with the current traffic conditions.

Swipe up, and you’ll also see the current commute time from your location to your saved work location.

Tapping on this while automatically input driving directions and estimated arrival times, so you can hit Start and go.

In addition, there’s a tab for traffic conditions near your current location. That’s handy for quickly getting a feel for how congested your local highways are at any given time.

Tap on this tab, and you’ll be brought to your own location — with appropriate alerts depending on whether there are significant delays near you. 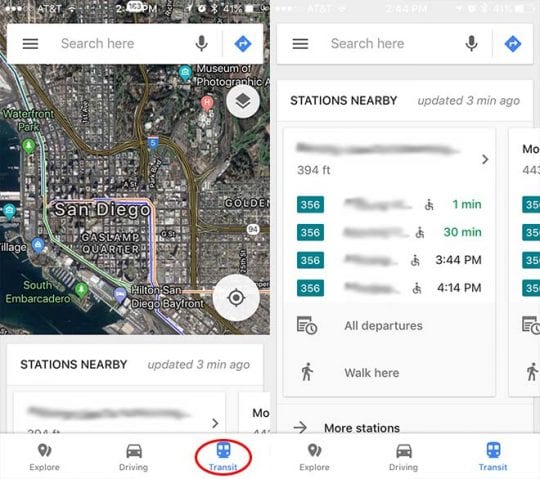 The latest Google Maps update has also brought a range of public transit-related features to the company’s flagship navigation app.

Tap on the Transit tab, and you’ll see a list of nearby transit stations.

Conveniently, you’ll see specific transit routes that leave from or stop at these local stations.

There’s a list of transit routes and their departures that are consistently updated, so you’ll always have the latest to-the-minute transit information.

If you tap on any particular route, you’ll see a full day’s schedule of arrival and departure times.

(There’s also a “Walk Here” button that automatically gives you foot directions to the transit station and estimated arrival time at a tap.)

You can hit “More Stations,” or the More button on the far right side of the app to get a full list of nearby bus and train stops and stations. 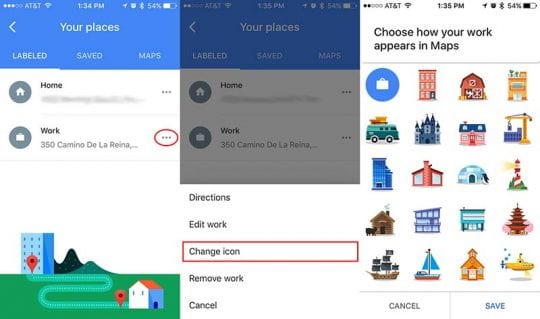 The new Google Maps update also comes with a feature that, while not groundbreaking by any means, is fairly fun.

Google Maps has long allowed users to set their primary Home and Work locations to streamline directions and commute information.

But now, users can choose the icon they want for these two locations. The options range from a house or a login cabin to a pirate ship or a yellow submarine (for The Beatles fans).