You are here: Home / News / India, Where Price of Onion, Gasoline and iPhone Never drops 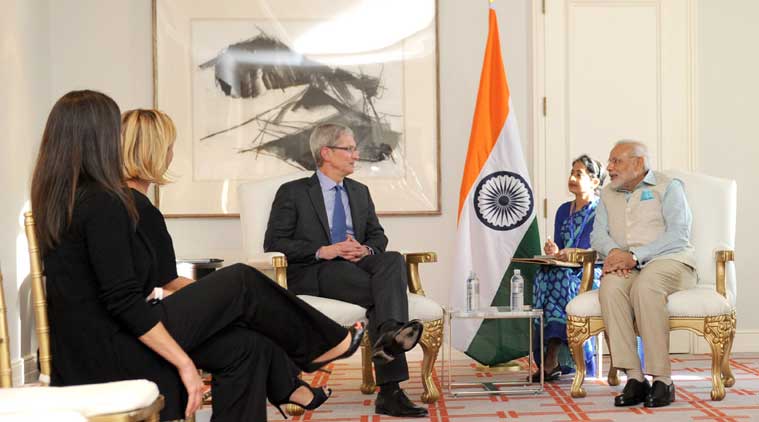 Indian government officials just presented their 2018 budget. In an effort to strengthen the “Make in India” campaign, the government has proposed to increase customs duty that it levies on imported mobile phones by another 5%, increasing the custom surcharge to 20%.

The move is seen as a way for the government to promote its Make in India scheme that seeks to encourage local manufacturing, especially in the field of electronics and manufacturing.

The price of commodities such as onion and gasoline has long been known to steadily keep climbing in the subcontinent. Now, you can add the iPhone into this category as well.

iPhone models that are imported into India will now cost significantly more. This import tax increase comes at a time when the Apple brand was gaining momentum in the country.

Apple iPhone X was the top most premium selling Smartphone in India this year beating established brand such as Samsung and Oneplus in the luxury mobile category. According to the latest data by market research firm, Counterpoint, Apple accounted for 47 percent of all smartphones priced above INR 30,000 (around $470 US or 380 Euros).

This is not the first time that custom import duties for this product category have been increased. In July last year, the custom duty was at 10% and it was increased to 15% in December. This latest increase doubles the custom import charges that the government charges for imported mobile devices.

Apple has been positioning itself as a local manufacturer in the country via its partnership with Wistron. Wistron is currently assembling the iPhone SE models in India and plans on continuing the effort by also assembling iPhone 6S soon.

This will mitigate some price increase risks but not all. Since the components used in the iPhone assembly are sourced from other countries, there will be import duties on them. Apple has been in talks with the Indian government regarding this but the two sides have not come to an agreement. Furthermore, there are no current plans to expand the manufacturing lines to include the newer premium Apple smartphones. If you are an Indian consumer and plan on buying the next iPhone X or the iPad Pro, you will have to pay more.

This tension is expected to play out for some time and will cause heartburns to Apple consumers in India. If earlier, increases in onion prices gave heartburns to the local Apple fan, now you can add iPhones into that list!