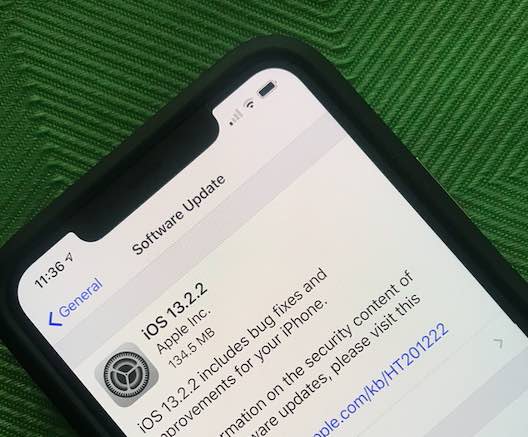 Apple has released updated versions of iOS 13.2 and iPadOS 13.2 today. These new updates for your iPhone and iPad are directed at resolving several bugs that were causing many user issues over the past weeks.

The new iOS 13.2.2 update targets the following key issues according to the release notes.

To add some context, this is seventh update since iOS 13 was released 49 days ago. We hope that the new iOS 13.2.2 addresses most of the pending issues.

In order to update your iPhone or iPad to iOS 13.2.2, tap on Settings > General > Software Update and start the update process.

Please feel free to let us know if you have any questions or concerns. We are assuming that the battery performance in the new update will be better since it addresses the core RAM management issues.