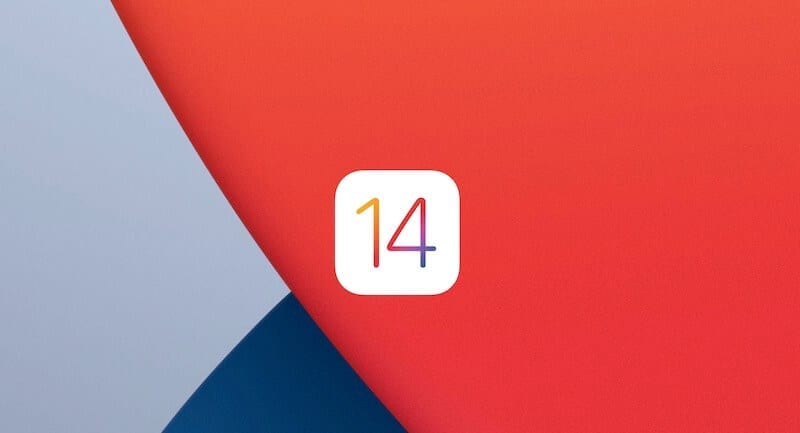 Despite being unable to hold WWDC ’20 in person as has been done for years, Apple executives still “took to the stage” for this year’s developer conference. There were rumors aplenty about what the next move from Apple would be for its lineup of various devices.

Kicking off the Keynote was Tim Cook on stage by himself, giving us a quick update about what the company’s been up to as of late. Then, we were presented with the latest features coming to iOS, iPadOS, watchOS, macOS, and much more.

The big additions to iOS 14

iOS 13 presented a number of new features with a few design changes, along with the addition of Shortcuts as a system app. Rumors were swirling that iOS 14 would be a minor iteration, and in some ways it was, but in other ways, it will revolutionize how you interact with your iPhone.

The biggest new feature is the ability to add Widgets right to your home screen. Previously, these were limited to the Today View, although iPadOS users were able to pin this view to their Home Screen to show the widgets.

With iOS 14, you can now pin specific widgets right to your home screen, with your icons being “pushed” out of the way. This obviously depends on where you place the widget, but you can pretty much put these wherever on the home screen you choose. Just don’t be surprised if some app icons get pushed to the next page.

Widgets come in three different sizes — Small (2×2), Medium (2×4), and Large (4×4 and above). For obvious reasons, the only widgets currently eligible to be used are Apple’s stock widgets for these apps:

There’s even a widget called “Smart Stack” which will display a series of widgets that can be swiped through. Then, throughout the day various widgets can automatically appear based on your usage tendencies.

It’s only a matter of time before third-party developers get in on the fun, so it’ll be exciting to see what’s to come when your favorite apps are updated.

It can be rather annoying if you have a boatload of apps and pages to scroll through to find a single app. App Library aims to solve this with pre-populated folders along with a search box at the top of the page. When tapped, this will display all of your apps in alphabetical order and you can either search for one by typing or use the letter shortcuts on the right to jump around.

Currently, there is no way for you to create your own custom folder, but Apple does a pretty good job at creating organized folders for you. There’s even an option at the top for “Recently Added” to show your latest downloaded apps.

Diving into the Settings for App Library, there’s not too much available. With the first developer beta, you can choose to have new apps appear on your home screen, or for them to be automatically sorted in the library.

While this next part was not shown off in the Keynote, we found that you can actually “delete” pages and use just a single screen and the App Library. Here’s how you can do it:

This does not actually delete the pages that you may have previously curated. Instead, it simply hides them from your view, giving you a one-page home screen without a bunch of apps cluttering everything up.

So this next part was not originally shown off in the iOS portion of the Keynote. It has been a yearly complaint and request for Apple to stop the Phone app from taking over your iPhone’s interface without instantly rejecting a phone call.

That’s all changed as now a pop-up bar will appear at the top of your phone when a call comes through. You’ll be able to see contact information, along with the Answer or End Call buttons. Regardless of whether you enjoy phone calls or not, this is a necessary and extremely welcome change to iOS and iPadOS.

As was the case with the Phone app for phone calls, it was annoying for Siri to take over your entire iPhone when in use. But the Siri interface has been completely redesigned, with just a simple Siri icon appearing at the bottom when invoked.

And in addition to Siri answering whatever question is being asked vocally, a small card will also appear giving you the information. But currently, you still cannot interact with the screen when Siri has been activated, as it will simply disappear just like the old interface.

Siri has also been updated to take advantage of the internet when it comes to searches. When asking a question, Siri will search the web to find the right answer for what you’re looking for.

And those who enjoy using audio messages instead of typing can do so with Siri. Just fire up Siri, tell it to send an audio message to your contact, record the message, and send it.

Another much-requested feature of iOS over the years has been for you to have your video still appear even if you left the app. If you subscribed to YouTube Red, then the audio would still play in the background, but the video was locked to the YouTube app.

iOS 14 introduces native Picture in Picture, allowing you to continue watching your videos or continue your FaceTime call. And if you need to move the video out of the way, just swipe it to the left or right and then pull it back out with the tab that appears.

Once you dive deeper into what iOS 14 brings, this is the part where you’ll find that the new “features” are much smaller in comparison. Messages kicked things off in this regard with a few new additions.

There are some new features of Apple’s Maps app that will apply to everyone, but it’s obvious that Apple opted to focus on those who are reducing their carbon footprint.

When traveling abroad, it can be a frustrating experience if multiple parties are not speaking the same language. iOS 14 brings iPhone users an all-new Translate app which does so much more than translate single words or phrases.

Despite the fact that Apple did not unveil the rumored “HomePod Mini”, we are getting some new features for the Home app.

Rumors have come and gone about Apple working on its own Electric car to take on the likes of Tesla. Instead, Apple has opted to pivot in the meantime with some pretty interesting features, provided that you can actually use them.

If you have a compatible car (starting with the 2021 BMW 5 Series), you will be able to unlock and start your car right from your iPhone. The “key” is saved in your Wallet while using NFC to communicate with your car. And the best part is that you can even use your Apple Watch to unlock the car. Then, place your phone in the reader or wireless charger in the car to start it.

Keys can also be shared with your friends and family while creating specific profiles for different drivers. Then, you can share the Car Key via iMessage after the Car Key Access has been set.

There is good reason to be concerned about what to do if your iPhone battery runs out but you haven’t gotten to a charger yet. There’s a new “Power Reserve” feature that will allow your iPhone to continue working as your Car Key for up to five hours after your iPhone shuts itself off.

If you have ever run into a situation where you need to download an app pay for parking but don’t have the time, then App Clips will be here to save the day. This essentially creates a “mini” app on your phone. That can be used with the “Sign in with Apple” feature and Apple Pay to get access to those apps without downloading the full version.

The apps load extremely quickly, as they are not the full version of whatever app you need to download. After added by developers you can either scan a QR code or tap an NFC tag to have the App Clip show up. Then, once you’ve finished using it, it will be removed and then deleted automatically from your phone 30-days later.

We mentioned a slew of interesting and fun new things, but those don’t even tell half the story. Here’s a rundown of a few of our other favorite new additions that didn’t make it into the Keynote.

If you ask me, iOS 14 has an iOS 12 feel as Apple really focused on fine-tuning. It’s still early as iOS 14 is just now getting into the hands of developers, so there are sure to be more features discovered.

For the time being, we recommend not installing iOS 14 on your primary device, as there are bugs that could hinder performance. Apple states that the iOS 14 Public Beta will be unveiled in July, just a few weeks away.

In the meantime, let us know what your favorite new features are, and if you are excited about iOS. If not, tell us why you think this won’t do enough to improve the overall experience of your iPhone.