You are here: Home / iPhone / iOS 14: Why Do I Have Orange or Green Dots in Status Bar? 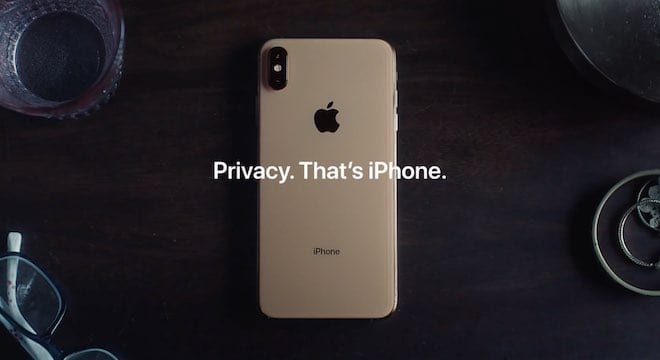 Whether we like to admit it or not, there are undesirable developers out there who want to try and get our information. You may think something like “I’m not important enough to be hacked”, but that’s simply not the case. That’s why Apple has pivoted a bit more to being more transparent about its privacy features.

While iOS 14 is great in my ways that we see on a daily basis, there are some extra goodies. But these “goodies” are designed to keep your information safe, and out of the hands of someone other than yourself. That’s why you’ll see pop-up notifications letting you know when an app is pasting text, along with some new indicators in the status bar.

These new indicators in the status bar quickly appear and disappear. Apple made the conscious decision to not crowd up the status bar any more than it already is. Instead, these appear right above the network strength bars in the top right-hand corner of your phone.

If you’re using your phone, and you see the Orange indicator in your status bar, that means the microphone is being actively used. Whether it’s from Snapchat, the Phone app, or another video chatting app, something is using the microphone.

While you may start to worry, remember that it’s possible that Siri could be listening in. We’ve come across the icon continuing to appear for a brief moment even after Siri has completed its response after being asked a question.

If you come across the green indicator, that means one of two things. Either just the camera is being used, or both the camera and microphone are being used at the same time.

Again, this can happen with some social media apps, along with video-chatting services. If you’re concerned with what app could be using the camera or microphone, open and go through your recently used apps.

Can you disable the Orange or Green Dots from appearing?

Those hoping to get rid of the temporary indicators from appearing are out of luck. Apple opted to make this mandatory for all iOS 14 users, as this is a way for users to determine if an app is not doing what it should be.

It may be a frustration for Apple to add something without giving users access. But with security and privacy at the forefront of many things, this is just something that we as users have to deal with.