Right on cue, Apple has released iOS and iPadOS 15 Beta 5 for developers. This is the latest in the line of beta releases as we get closer to the final iOS and iPadOS 15 release slated for this fall. However, unlike the Beta 4 release which added MagSafe Battery Pack support and changes to Safari, this one appears to be a bit light on the changes.

For those wanting to make sure that they are on the latest version, the iOS and iPadOS 15 Beta 5 comes with the 19A5318f build number. And as we stated before, this is more of a refinement of the features that we already have. Now that it’s been out for a little bit, let’s check out what’s new.

The first change you might notice after installing the update is an all-new Weather icon. The icon is a bit dark, while adding a bit more depth to lineup up with the depth found in the iOS 15 Maps icon.

After seeing some major changes in Beta 4, there are a couple of new tweaks in Beta 5 to Safari. The first of which is the visibility of the reload icon. With Beta 5, the reload icon disappears when the URL bar is collapsed, but reappears when in the standard view.

In previous beta releases, Apple has been found to be tweaking the icons for different apps. This trend continues with Beta 5 as there’s a new camera icon in both Control Center, as it removes the shutter button from the camera. Apple also added an updated icon for the Sound Recognition feature in control center. Previously, the icon was a sound wave placed in a square, but now it’s a sound wave using a little magnifying glass in the bottom corner.

With iOS 15, Apple is making it possible for you to still locate your iPhone even if it’s turned off. But with Beta 5, a new prompt appears informing you of this, while giving you the option to leave it on by pressing “OK”, or turning it off by tapping “Temporarily Turn Off Finding”.

Finally, Apple is introducing new splash screens for the Photos, Maps, and Home applications. These are slightly-different from before, while still providing you some necessary information about “What’s New” in each app.

You might think that Apple made more changes to Safari on iPadOS 15 seeing the backlash from before. Thankfully, that’s not the case, the only “major” tweak comes to the shading of the different tabs. This is done to help you easily differentiate between the active and non-active tabs.

Another change to the iPadOS 15 Beta comes via the Home Screen. There’s a new Icon Size section under Home Screen & Dock in the Settings app. Under this section, you’ll find a toggle to “Use Large Icons”, which simply makes your Home Screen icons larger so that there’s less empty space on the screen. In addition to getting rid of the empty space, the larger icons make it easier to actually tap the app you want to.

Oh this is going to be super helpful. Smart Lists in reminders. IOS15 @viticci pic.twitter.com/nLx8gHiHZf

Reminders is getting a bit of an overhaul in iOS and iPadOS 15. With new features like Smart Lists and Filters, Apple is trying to make life easier for you to manage and organize your tasks. With Beta 5, a new Smart Lists explainer appears in the Reminders app to let you know all about how to create the lists, what they are for, and how to use tag filtering.

There’s one app that has been removed in iPadOS 15 Beta 5, and that’s the Contacts app. However, in the release notes, Apple states that the Contacts app “will return in a future release”. 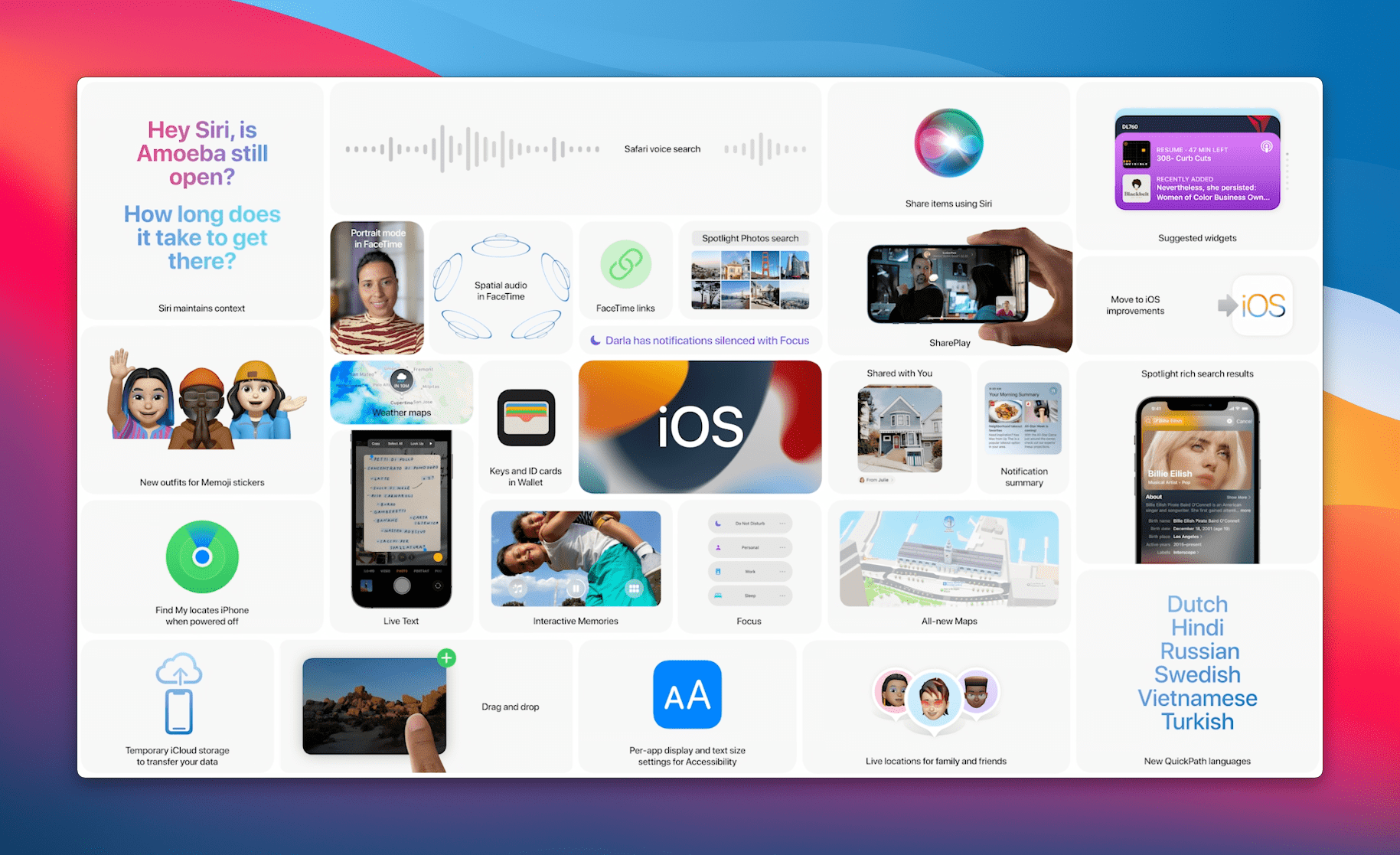 While we’re not expecting any other major changes to arrive ahead of the final iOS and iPadOS 15 release, we are expecting more of these minor tweaks to appear. Apple is finally in the stage where it can begin focusing on performance and the “little things” that make the iPhone and iPad great.

There are a few things to note about today’s release. It seems that Apple has not yet released new versions of the watchOS 8 or macOS Monterey betas yet. Additionally, today’s release is for those on the build for developers. This means that if you’re on the Public Beta, you’ll likely have to wait another day or two before it arrives.

Is there anything that we missed that’s new in the iOS and iPadOS 15 Beta 5 release? Let us know in the comments down below.