You are here: Home / News / iOS 7 adoption rate is not outpacing iOS 6 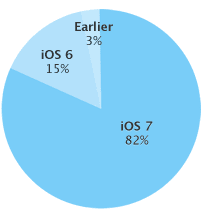 According to the Apple’s app store numbers 82% of iOS devices are using iOS 7. The iOS 7 adoption rate is keep climbing, but it seems that this level of adaptation is in fact slower than that of iOS 6.

iOS 6 was released on released on September 19, 2012. As of february 2013 ( five months after iOS 6 rolled out),  iOS devices running iOS 6 had reached 83.1 percent, according to data provided by ad network Chitika’s analytics: 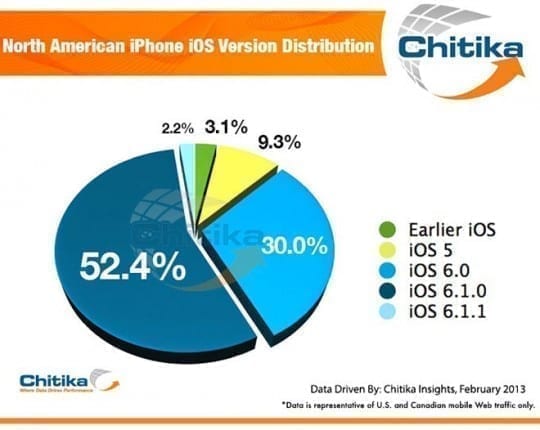 So, it seems that iOS 7 adoption rate is not much higher than previous releases, as previously thought.