If you’ve been waiting for an M1-powered iPad, the wait is finally over. Apple introduced its 2021 lineup of iPad Pro models with major updates coming to both the 11-inch and 12.9-inch variants.

The obvious headlining addition is the inclusion of the M1 processor to the iPad Pro lineup. Apple first unveiled these last year with the Mac Mini, MacBook Air, and MacBook Pro. Now, the M1 makes its way to the iMac and the iPad Pro in a rather surprising move.

If you’ve either used an M1 Mac or have watched some YouTube videos about it, you’ll see there’s quite a big difference between it and Intel chips. But Apple has been making its own processors for years, so why is this so important? And perhaps even more importantly, when comparing iPad Pro 2021 vs iPad Pro 2020, should you upgrade? 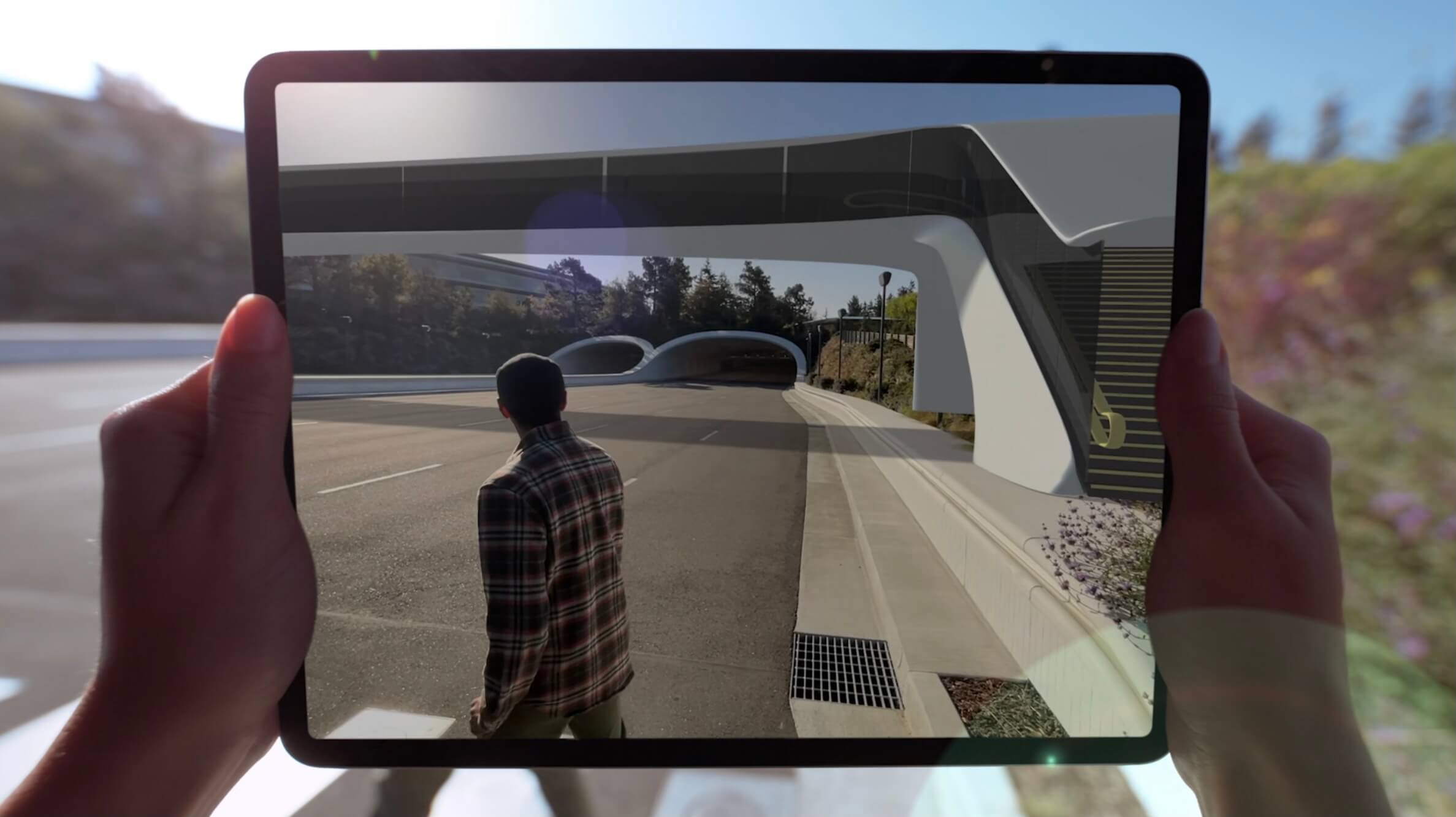 While it wasn’t the star of the show, Apple still gave the 11-inch iPad Pro plenty of love. There were some rumors that the company would be ditching the 11-inch model while adding a new 14 or 15-inch model. While that was a plausible rumor considering the form factor and popularity of the refreshed iPad Air in late 2020, Apple decided against that.

From a design perspective, there are no differences between iPad Pro 2021 vs iPad Pro 2020. The size, dimensions, and weight are identical, along with the other potentially important features like display resolution or peak brightness. The rear camera system is still the same, with a 12MP primary lens and a secondary 10MP ultra-wide lens. Battery life is also expected to be around 10 hours for the new model, matching up with last year’s model.

Instead, there are a few more “subtle” differences, so to speak when it comes to internals. Notably, the Apple M1 chip has arrived in the iPad, which is absolutely fantastic for some. Apple claims that the M1 provides more than 50% power when compared to 2020’s A12Z SoC. This means that you’re going to need a bit more RAM to push those apps, and Apple again delivered, offering either 8GB or 16GB of RAM.

While the 6GB of RAM and the A12Z will be fine for many, who don’t push the limits of the iPad, it pales in comparison. However, this also brings us to our first “catch” with the iPad Pro 2021. The 16GB of RAM is only available if you opt for either the 1TB or 2TB models. Any other storage options and you’ll be “stuck” with 8GB. This is more than enough RAM for almost anyone using an iPad, but creators will definitely want to opt for more RAM.

Do You Need a 5G iPhone?

After making its iPhone debut last fall, 5G connectivity has arrived on the iPad Pro 2021. Not only are you getting the more widespread sub-6Ghz frequency, but you’ll also be able to use mmWave if you can find it.

Finally, Apple has introduced Thunderbolt 3 into the iPad Pro. No, this doesn’t mean that we get an additional port on the iPad. Instead, Apple is using a Thunderbolt / USB-C port, which unlocks an entirely new realm of possibilities. With iPadOS 14.5, you’ll finally be able to take full advantage of your gorgeous display at home, without dealing with those annoying black bars. 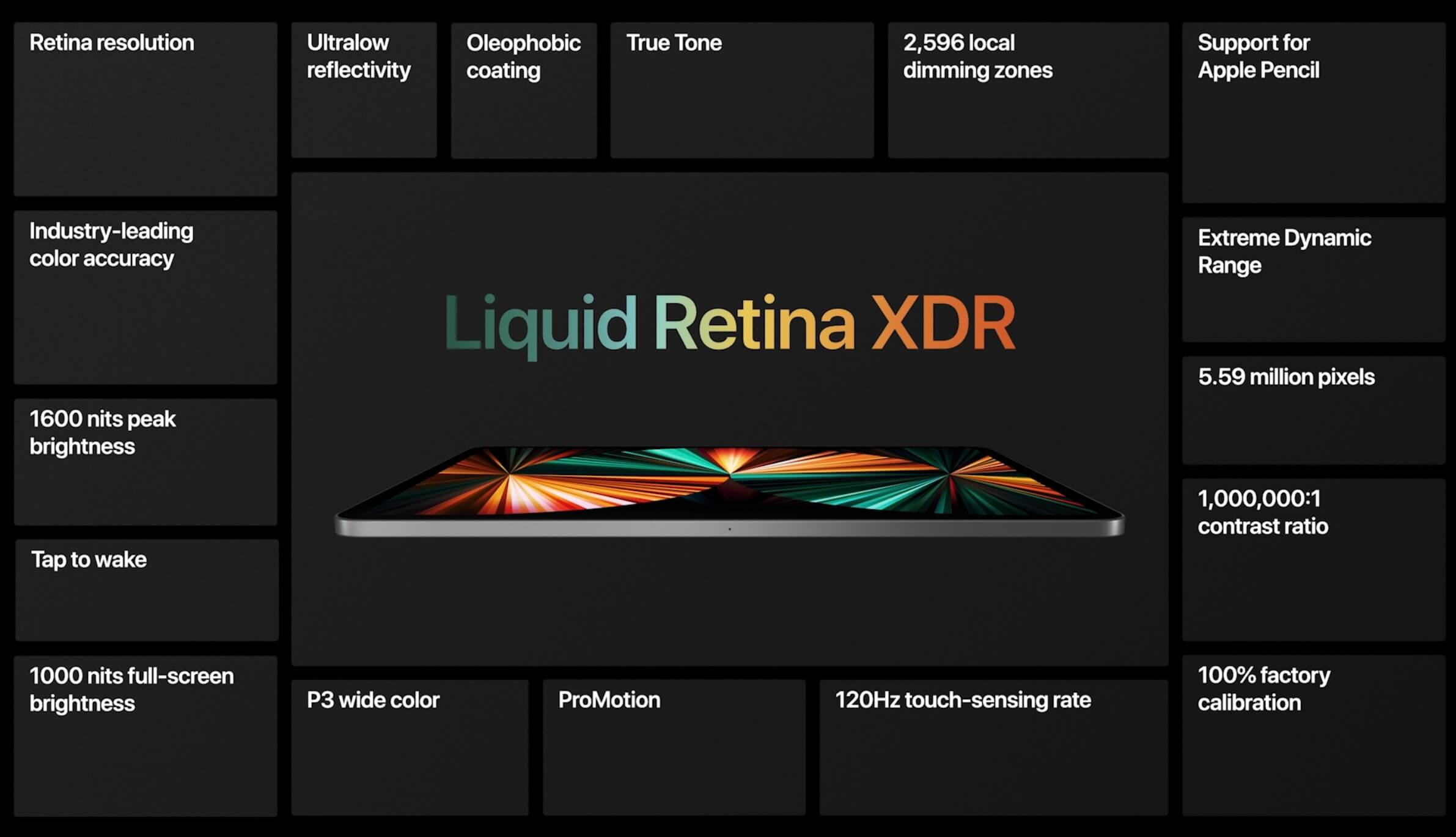 Before diving into the comparison between the iPad Pro 2021 vs iPad Pro 2020, there are a few things to mention. The larger iPad Pro that Apple just announced features many of the same additions as the smaller option. This includes things like more RAM, more storage, and others, so we won’t be touching on those as much.

As is the case with the 11-inch iPad Pro, the design between these larger iPad Pro models is almost identical. There is just a slight difference in terms of the dimensions and weight of the 12.9-inch iPad Pro 2021. The tablet is 0.5mm thicker and weighs 0.9 pounds more than its predecessor, and for good reason.

The Apple M1 chip is awesome, but that’s only part of the story when looking at the 12.9-inch 2021 iPad Pro. When Apple unveiled the updated Mac Pro, the company also revealed its Pro Display XDR. This features a 6K resolution, along with a whole lot of impressive technology designed for professional photography and videography studios.

With the 12.9-inch iPad Pro 2021, Apple is bringing some of this technology to its largest tablet. You’ll still find 120Hz refresh rates and Apple’s ProMotion technology, but this new Liquid Retina XDR display is incredible. 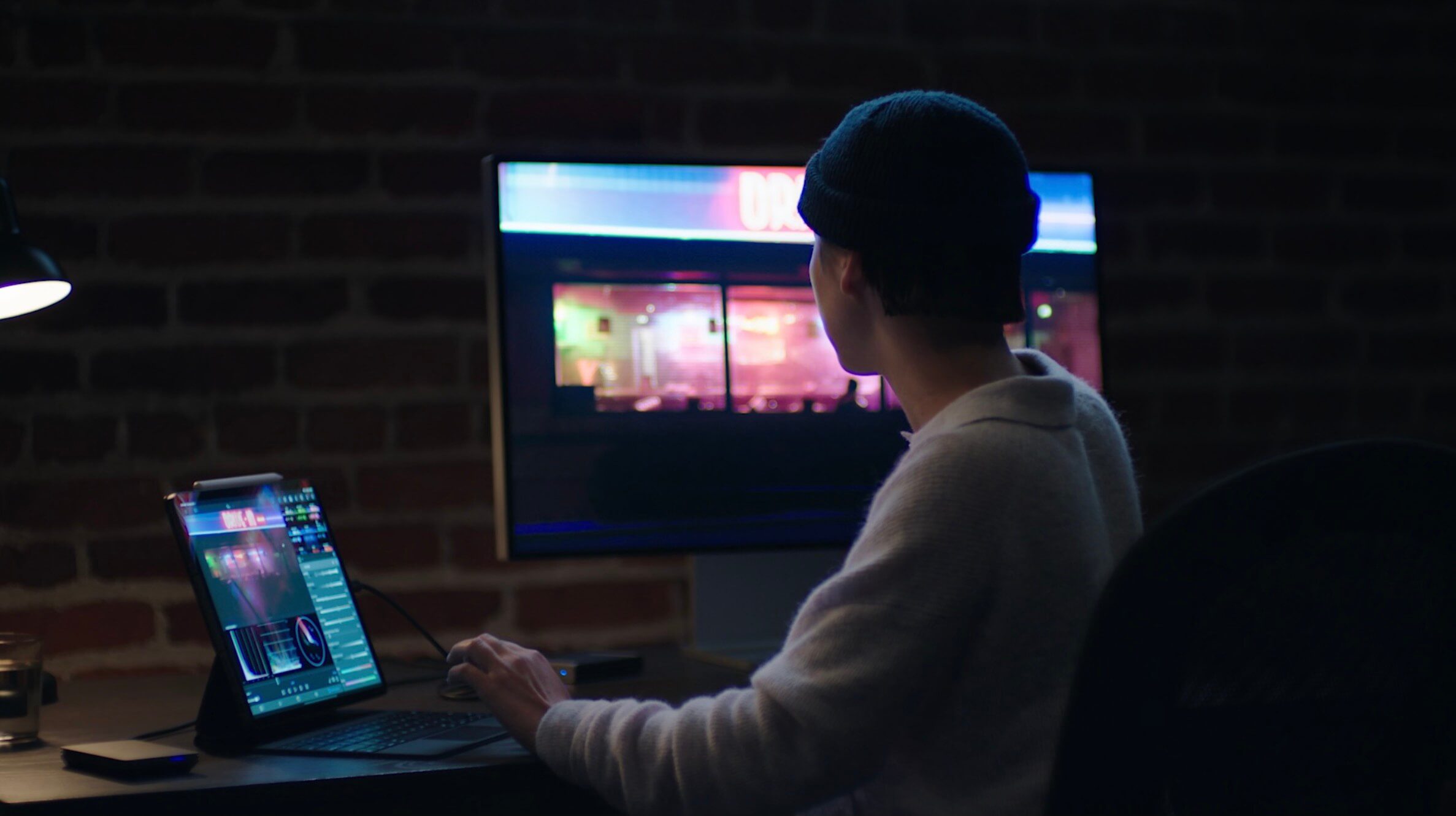 The Liquid Retina XDR display technology offers a 1,000,000:1 contrast ratio, providing true-to-life detail for consuming or creating content. With up to 1000 nits of full-screen brightness, you’ll never have to worry about dimming issues causing colors to get washed out. But the Peak Brightness levels reach a staggering 1600 nits, which is something that isn’t found on even Apple’s latest MacBook hardware.

This is done by using 10,000 mini LEDs in an array on the display. These are 120 times smaller than the previous LEDs found in older iPad models and span across the entire display for a uniform look while you’re using your iPad Pro.

So while the dimensions and weight are a bit larger than last year’s model, you can thank this new Liquid Retina XDR. We haven’t had the chance to get our hands (or eyes) on the new 12.9-inch iPad Pro, so we’ll have to reserve final judgment until then.

For those who currently own the 2020 iPad Pro 11-inch, we would recommend holding pat. Unless you are truly pushing the limits of what your iPad can handle in regards to performance, there’s not enough to justify an upgrade here.

The question gets a bit murkier for 12.9-inch iPad Pro owners. On one hand, you have possibly the best display ever manufactured for a non-professional grade device and the same processor found in some of the best Macs. However, it’s important to note that software plays a key factor in all of this, and truthfully, iPadOS 14.5 doesn’t offer enough to justify the cost.

That all may change at WWDC 2021, which is set to kick off in June. So we would recommend standing pat and waiting to see what Apple reveals for the next version of iPadOS before jumping to upgrade.

Or you can do what I’m doing, and pre-ordering the 12.9-inch model as soon as it’s available, because of FOMO.