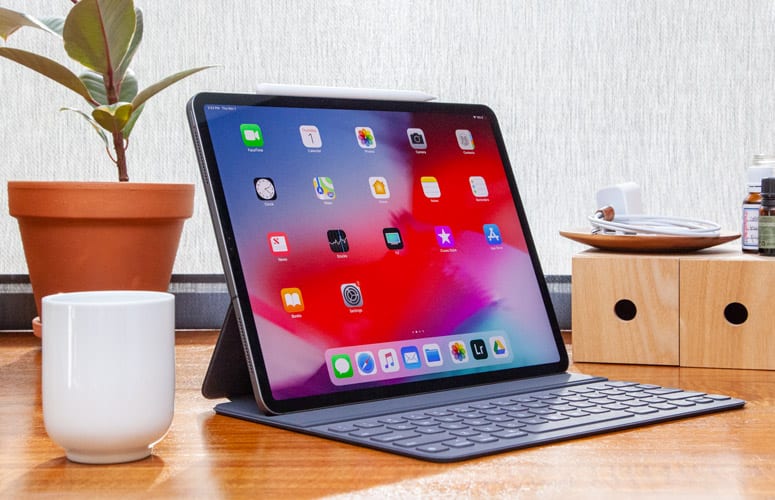 Last fall, Apple made one of the most consequential changes to the iPad in recent memory. The 2018 iPad Pro is now more like a computer than ever before (and Apple markets it as a viable laptop replacement). But, it’s still not quite a computer because it’s missing some important features.

If you spend any time browsing iPad Pro wishlists, you’ll come across a slew of important capabilities that are missing from the iPad Pro. Mostly, these missing features are limitations of iOS — but they’re still limitations.

If Apple really wants the iPad Pro to be a laptop-killer, then it needs to make these 10 changes in iOS 13. Some of these are more probable than others, while some are pretty unlikely. But they’re all features or changes that would go a long way to making the iPad Pro better for users.

Recent versions of iOS have a Files app, but it’s hardly a good alternative to a full-fledged file management system. As we’ve previously covered, it’s a bit clunky to work with files on it.

What iPad iOS needs is expanded support for local storage and a way of receiving and uploading files that doesn’t rely on the Share sheet. The iPad Pro is a great machine for creativity and productivity; its file system is not.

On a similar note, it’s crazy that the iPad Pro is marketed as a computer replacement without the ability to read external drives. Those two things are basically mutually exclusive, especially for creatives and professionals.

You need to be able to plug in an external USB-C flash drive and access its contents. That includes editing the files and writing to the drive, too. There’s absolutely no way it can actually be a PC replacement without this feature.

Multitasking is one of the primary things that differentiates a smartphone from a computer. In iOS 11, the iPad took a step closer to a computer with a slew of multitasking features. But there’s always room for improvement in this area.

As a simple change, users should be able to open up two instances of the same app in Split View. Better drag-and-drop support, pages and tabs for open apps, could also be welcome additions.

Current versions of the Pad Pro can power external displays and keyboards, but not that much else. A lot of users want Apple to add better support for external peripherals like mouses and printers.

External accessories like these require drivers (and muses would require a cursor), so Apple should make those changes in iPad iOS. Adding better support for peripherals may not impact the majority of users, but it would go a long in making the iPad Pro a versatile and powerful laptop alternative.

5. The desktop version of Safari

The iPad Pro has a massive display, the 12.9-inch model rivals the screen on the 13.3-inch MacBook Pro. Because of that, users should be able to experience the web in all of its full-screen glory.

This is a roundabout way of saying that Apple needs to bring the full desktop version of Safari to the iPad Pro. While that sounds like a simple change, it’s one of the most highly requested iPad features on various social media sites and forums.

SpringBoard is another word for the app grid, which was debuted and designed for a smartphone. It just doesn’t work that great on a laptop replacement — just look at the space between app icons.

Having a new version of Springboard that supports customization would be a great addition. While it may be an Android-like feature, being able to add folders and widgets to the Home screen could go a long way to enhance user productivity.

Your smartphone is probably your constant companion, while your tablet probably isn’t. In fact, sharing a tablet between a family or an office is much more common than sharing a smartphone. Apple could take that into account.

There’s an argument to be made that the iPad Pro needs to support multiple user accounts with their own settings and files. But, at the very least, Apple should add a “guest mode” that restricts access to certain parts of the system.

There’s a setting on recent Samsung Galaxy devices that allows users to transcribe handwritten messages into usable text. If that sounds like a perfect feature for the iPad Pro and the Apple Pencil, it’s because it is.

Just think of the various use cases. For a lot of people, handwriting a text message would be a lot smoother than trying to tap on the iPad’s digital keyboard. And that’s just one example.

The iPad Pro is not a smartphone, so it shouldn’t behave like one. As it stands out, the tablet version of iOS has some clunky user interface elements that stick out like a sore thumb. That’s because they weren’t designed for a tablet.

For example, when a call is received on the iPad Pro, it takes up the entire display unnecessarily. The same goes for the current version of Siri and the Volume HUD indicator. These are simple UI changes that would make the iPad’s software better suited for its form factor.

As far as more miscellaneous changes, we have two: a systemwide Dark Mode and an iPad iOS Calculator app. These are two additions that frequently make it into iPad or iOS wish lists — and it’s pretty clear why.

Dark Mode is just really popular and it seems likelier than ever for iOS, post-macOS Mojave era. And it’s already weird that the iPad doesn’t have a calculator app when every other iOS device does. Two simple changes Apple can make in iOS 13.