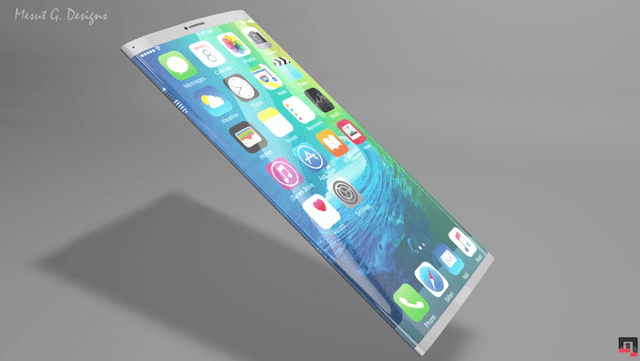 In the world of smartphones, there is an ever-present demand for improved appearance, improved functionality, and improved aesthetics.

One area that receives attention for improvement, particularly in consumer electronics, is user input and interface.Presently there exists a range of mechanically actuated or electrically actuated input devices, which control your home button, volume levels, and wake/sleep buttons.

These input devices interface with their associated electronic devices in order to control a function of the device.

The invention in patent # 9400579 from Apple refers to an embodiment of an electronic device having an invisible input.

Essentially, all your input functions to the device can be controlled from this top face itself without the need of a mechanical button o the surface of the phone.

With iOS 10 providing features such as Raise to Wake and rumors around iris sensors for biometric identification, you really wouldn’t need any protruding buttons on the future iPhone. That would pretty much make the Home Button redundant. Since you can control volume functions etc directly fro the control center in iOS 10, there is more reason to believe that the next gen iPhone will probably eliminate buttons on the phone’s housing.

Furthermore, with 7nm A11 processors projected in 2018 from TSMC, AMOLED displays in the next model along with improvements in finFit technology, one can really expect a thin and aesthetically pleasing device!

One Sleek device that is either voice activated via Siri or motion activated with all control functions built into its user interface.