You are here: Home / Reviews / iPhone X Review – The Best iPhone Apple Ever Made 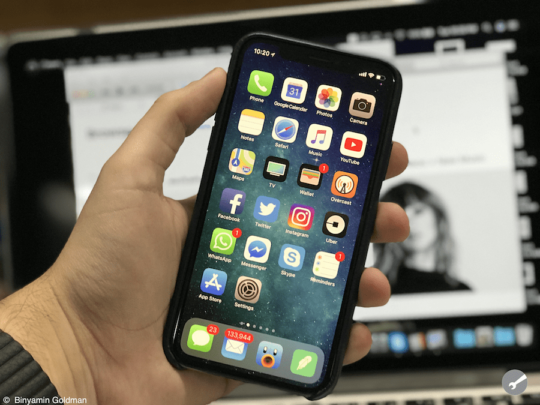 This past June, at Apple’s annual World Wide Developers Conference, the company introduced the 10.5-inch iPad Pro. The device featured an all-new screen size, design, and a new iOS update made just for the iPad. At the time, I said it was the best device Apple had ever made.

However, it is not the most iconic. We all know what is, and it is the iPhone. The device, which was first introduced in January 2007, changed the world. At the time, the device was a revolution, years ahead of the competition.

Every year, Apple has released a brand new iPhone. However, the iPhone has slowly turned from a revolution to evolution, recycling similar designs while making more subtle changes. With the iPhone X, however, Apple hopes to break this trend.

The iPhone X comes off the heels of the iPhone 8; both introduced last September. While internally the devices are relatively similar, Apple has made a few significant changes it hopes will change the way you use your phone, while setting the path for the future in the process. The entry fee for this supposed technological renaissance? $1000 in the United States, and even more in other countries.

I’ve been using the iPhone X throughout the weekend, and I can now confirm this is the best phone ever made. And, while it may not be a revolution, it certainly sets a path. 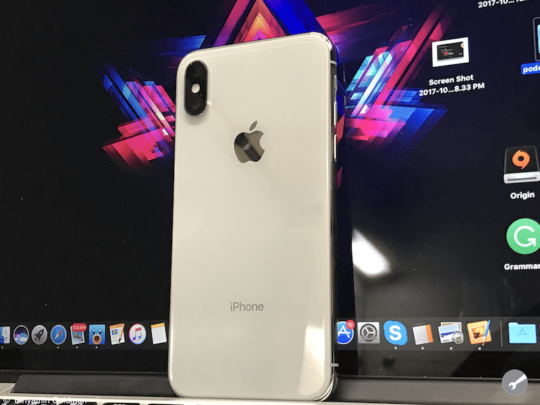 The most striking feature of the iPhone X is the design. It is unlike any previous iPhone, and features an unprecedented screen-to-body ratio. As a matter a fact, the front is all screen, minus for a small notch at the top that houses a few of the phone’s newest tricks.

The back features the same glass back found on the iPhone 8, as well as a redesigned vertical camera bump. I’ve heard some other users say they saw this bump to be uglier than previous iPhone bumps, but I think this is one of the best looking iPhone backs ever.

I had previously felt the iPhone 5s was the peak of iPhone design, with the four coming in at a close second. I would probably rank this right above the 4, but again it is very close. 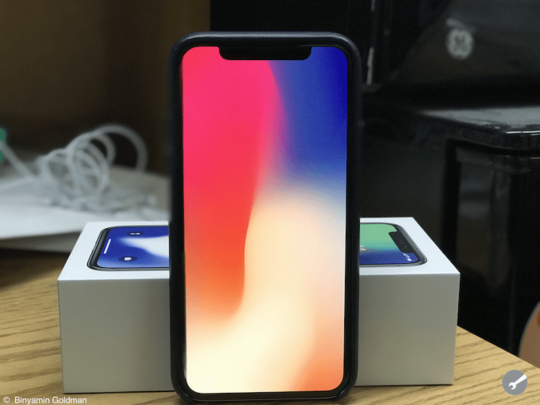 The iPhone X is the first iPhone to feature a display-technology called OLED, which features better contrast ratios, lower power consumption, more accurate colors, and deeper blacks. The technology has been ubiquitous on Android devices for some time now, but Apple says it tweaked the display to get it to a quality level fit for an iPhone. While I can’t know for sure if they did that, it indeed is fantastic, but Apple has one other display trick that truly makes this an unbelievable screen.

iPhone X is the first iPhone to feature a True-Tone Display. The technology, first introduced in the 9.7-inch iPad Pro in 2016, dynamically adjusts the color temperature of the display based on the environment you use your phone in. I was so shocked by the quality of this feature when I reviewed the 9.7-inch Pro, that I felt confident it would be standard in all future Apple devices. It turns out Apple wanted to wait a bit longer to put it on an iPhone, but it’s finally here. Once you use a True-Tone display, you won’t be able to go back. 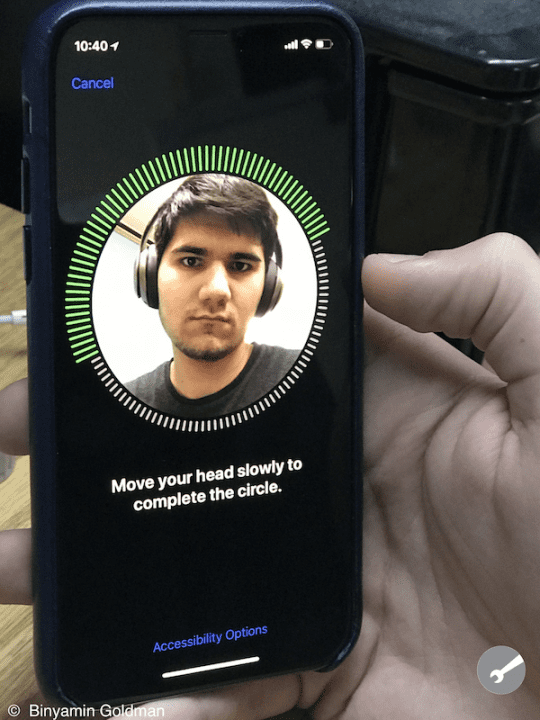 Arguably the headlining feature of the iPhone X, Face ID allows users to unlock their phone, authenticate payments, and mostly do everything you could do with Touch ID using your face.

This feature is not releasing alongside Touch ID. Instead, it is entirely replacing it, meaning you will either have to use this feature or use a passcode. While that may turn you off, after testing it for a bit, I don’t know why anyone wouldn’t want to use this feature.

Face ID is there and always works. You don’t even have to think about it. When you pick up your phone and open it, you often don’t even realize you’ve used Face ID. Additionally, I’ve found when going into apps locked with Face ID like banking apps; it’s so quick you might as well have never had a password.

It’s a superb addition and is an excellent replacement for Touch ID. The feature seems infallible by pictures or masks, and will only work if you are giving the phone your attention. If you look the other way or close your eyes, it remains locked.

Apple has taken further advantage of the Face ID technologies across the OS. By default, notification on the lock screen will not show full information like before. Instead, it will tell you that you received a text from Mom, but will not show you the message until you, and only you, look at the phone. If you are using the phone and turn away for a second to do something, the phone will dim until you give it your attention once again. 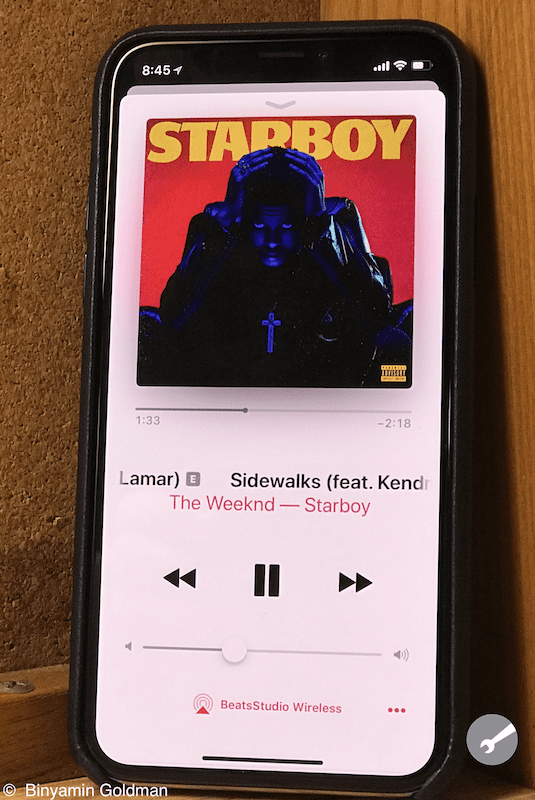 iPhone X runs iOS 11, just like all other iPhones, however, has a few noticeable changes due to the device’s unique form factor.

The most notable change is the removal of the Home Button. Instead, there is now an indicator present at the bottom of the screen at all times. Pulling that up all the way takes you home, half-way takes you to multitasking and sliding it left and right allows you to switch between apps quickly.

While I was concerned about the new navigation system, I found myself entirely used to it after about 30 minutes, and preferring it soon after. The ability to quickly swap between apps, in particular, makes this a way more productive way to use your device.

Due to the presence of the notch, Apple has much less space on the status bar, which has led me to what is easily my biggest gripe with the software. To see your battery percentage, you must enter control center.

iPhone X also features Animoji, which are animated emojis powered by the Face ID array. They work fine, and I’m sure people will love them, but there isn’t much more to say. 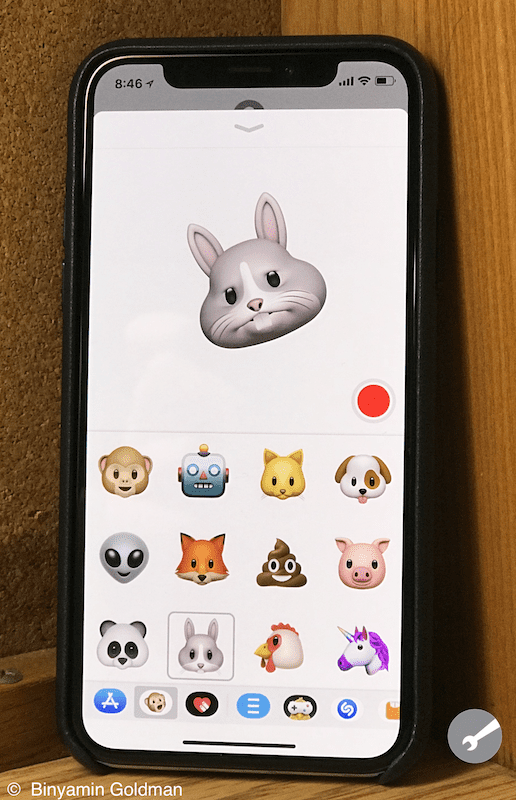 Because the notch goes into the screen, iOS has to work around the notch creatively. While I was initially concerned about the time it would take for apps to be updated, it appears most of the apps I use have already been reworked for the new screen.

Apps that aren’t updated to support the iPhone X design create software bezels around the app. At this point, the experience is identical to using an iPhone 8, as the bezels are identical in size.

Where the notch may get annoying is apps that use horizontal space. When watching videos, you can choose to view a sandboxed version to see the full picture or stretch to fill the entire display. While I thought this would annoy me, I’ve found it to be suitable for my usage.

However, in most other apps, horizontal usage is a joke. In Safari, for example, web pages are surrounded by disgusting white bars. I’ve yet to use an app that has figured out how to use horizontal space on the X. The good news, vertical is excellent, and in the only scenario where I use horizontal video, is better than expected. 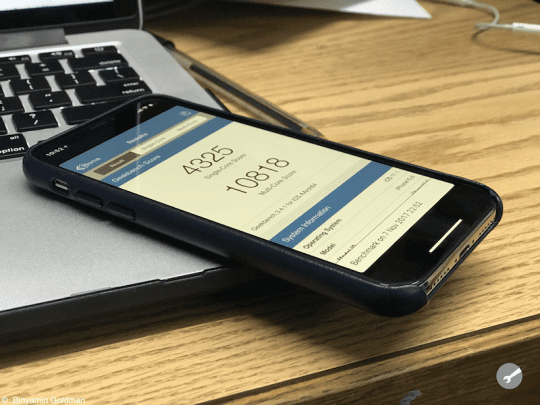 iPhone X features the same dual-lens system found on the iPhone 8 Plus and takes the same excellent pictures. There is one small difference, both lenses now feature Optical Image Stabilization as opposed to one, but this is rarely noticeable unless you often record video with the zoomed lens.

One more trick of the notch’s presence is the ability, for the first time, to take portrait photos using the front-facing camera. I’ve found this to not be nearly as effective as the back camera, especially when using the new ‘Portrait Lighting’ features, which when Apple says are in beta they aren’t kidding.

The iPhone X features a battery slightly larger than the iPhone 8 Plus and significantly larger than the 8. In my brief testing, the iPhone X has blown away my expectations and lasted noticeably longer than my iPhone 7 Plus. I regularly pulled 6-7 hours of usage in a day, and that includes a good amount of streaming music and video, as well as typical daily tasks such as social networking and phone calls.

iPhone X also features two new charging features. The first, Qi wireless charging, allows users to purchase a Qi charger and charge their phone without having to plug it in directly. While this works, and will likely soon be ubiquitous, it’s rather slow. The second, fast charging, allows you to charge your phone quicker using higher-speed chargers and cables. To do this correctly, you’ll need a 29W USB-C charger, as well as a Lightning to USB-C cable, which could get expensive. 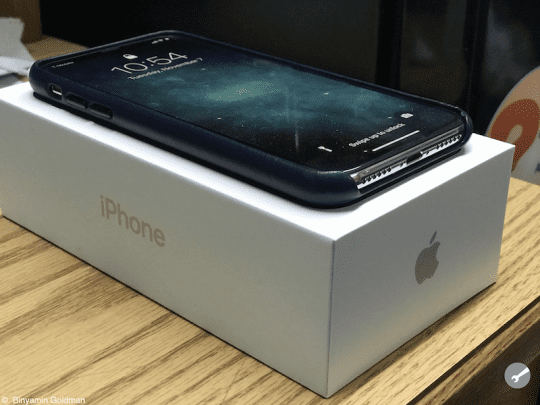 This is the best phone Apple has ever made.

It may be the best phone anyone has ever made, but this isn’t what Apple was going for. They were going for something years ahead of all other phones, and I think they only half-succeeded.

Technologies like Face ID and the display are apparently going to be the foundations of the future. Face ID, in particular, is executed immaculately, and I imagine it will be around for at least the next decade.

However, on a day-to-day level, this is an iPhone. It’s a great iPhone and one that I’m consistently pleased to use. But should you spend a thousand dollars on one? Depends. If an essential tool in your life is an iPhone, or you want the latest and greatest, you will not be disappointed. But if you are on the fence, I’d recommend waiting until next year so developers can fix-up apps, Apple can fix-up manufacturing, and the price gets lower.