Last November, Apple unveiled the iPhone X, the most significant upgrade in the history of iPhone. It featured the first major redesign in the history of the device with an edge-to-edge OLED display, stainless steel casing, and the revolutionary Face ID.

Now, one year later, Apple is back to making the best better. The iPhone XS and XS Max are the successors to last years blockbuster upgrade. They feature improved internals, cameras, and batteries, and the XS Max features a ginormous 6.5-inch OLED display.

Unlike the previous iPhone Plus lineups, the iPhone XS and XS Max are identical save for the battery sizes and obviously the display. The iPhone X has been completely removed from the new lineup. Instead, users can choose between the XS and the XR, a new cheaper iPhone with edge-to-edge display that is sure to be the best selling iPhone ever when it launches in October.

For the last month, I’ve been using an iPhone XS Max as my daily driver, and have also had limited usage of a standard XS. And while there are improvements and things to consider, this is not nearly as big a release as last year’s iPhone X. As such, I thought it would be appropriate to also re-examine the big changes from last year and see how they’ve improved.

For many, especially in the United States, the question is no longer “Should I buy an iPhone”; most have already made that decision. The question Apple must address in the next few years is “Which iPhone will I buy?”, a trend that Apple is not hesitating to take advantage of with the new $1000 price points. 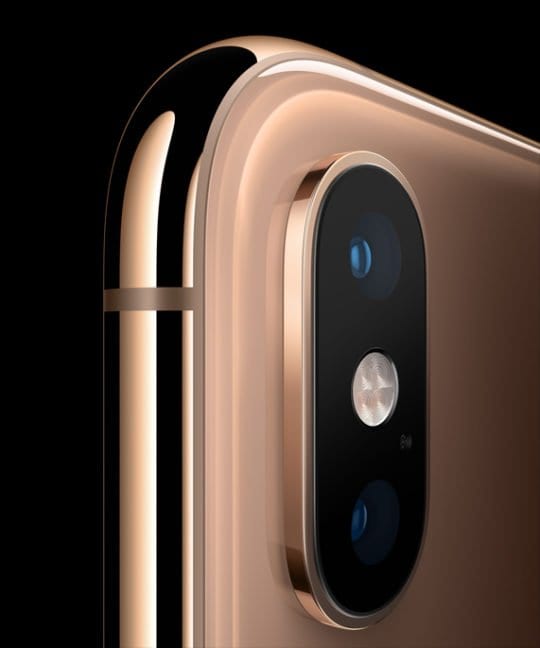 iPhone XS and XS Max are nearly identical to the iPhone X in terms of design. They feature the same edge-to-edge OLED display from last years models, the same glass back, and the same stainless steel bezels.

The ‘antenna-lines’ found around the device have been rearranged to allow for gigabit-LTE, and as a result they are asymmetrical, unlike the iPhone X. This includes one line towards the left of the bottom of the phone that is visible with Apple’s official case on. This also means the speakers are no longer symmetrical along the bottom of the device, with 3 holes on the left and 7 on the right.

While the asymmetry in the antenna-design is certainly a small disappointment, the XS and XS Max remain the best looking devices today. In addition to the traditional Space Gray and White, Apple is selling a new Gold configuration this year (Fun fact: Apple had planned on shipping this color last year and pulled it last second). While my personal device is Space Gray, I had some time with a Gold XS and found the color to be nice. While the product marketing shots make it seems more like a jewelry-gold, it is more akin to the Rose Gold iPhone 8.

Lastly, the lenses on the back of the XS are slightly larger than last year. While Apple officially states that iPhone X cases should be compatible with XS, users have reported mixed results depending on the case issuer.

Thanks to iOS 12, the setup process for a new iPhone is remarkably improved over previous years.

As someone who usually does a yearly upgrade, one of my biggest peeves has always been the setup process. When it launched in 2011, iCloud backup significantly improved the process by allowing users to restore without the need for a computer. With iOS 11’s Automatic Setup, they made the process even easier by allowing you to easily port over your iTunes account and Wi-Fi by placing your old device next to your new one.

The setup on my XS Max, however, was even better. Once I turned it on, the Automatic Setup window immediately appeared on my outgoing X. I pushed ‘Setup’, and like before, it instantly signed into my iTunes and Wi-Fi, but this time, also ported by preferences for Siri, App Analytics, and Crash Reports.

It then asked if I’d like to make a new iCloud backup now so I have the latest info. I pushed yes, and both of my devices immediately went to a new interface showing the progress of the backup, which took about ten minutes, and then once finished, my X went back to normal and my XS stayed on the page as it restored.

The only thing that had to be reset was Face ID, which does not transfer for security reasons, and my Apple Watch. Previously, there was no way to port over an Apple Watch to a new phone; you had to restore from iCloud on your new device. With iOS 12, Apple claimed to have added the ability to easily port over, however it did not work with my Apple Watch Series 2 and it had to be restored from backup. (It did, however, work for my sister and her Series 3). 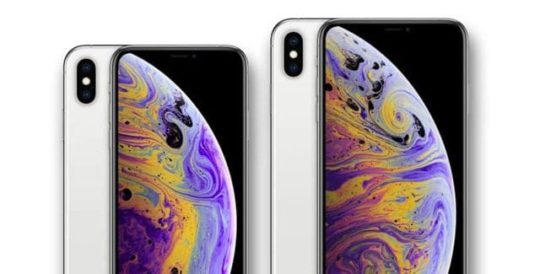 The device features a ginormous 6.5-inch display, which is otherwise technologically identical to the X and XS Max. The previously largest display on an iPhone was the 5.5-inch displays found on the Plus, and while this is certainly a bigger display, the volume of the device is slightly smaller. This is due to the lack of bezels on the Max, and while the difference is negligible on paper, the device feels much less cumbersome to me than previous Plus models. Whether this is due to the lack of bezels or an actual noticeable difference, I can’t say for sure.

On previous Plus models, Apple had offered users two options: a “standard” mode that took advantage of the extra screen real estate and a “zoomed” mode that essentially magnified a non-plus layout. With the XS Max, Apple has removed this option, and instead opted to pick and choose between the two across the experience.

In most cases, you’ll find the XS Max takes advantage of the size, including all iOS 12 optimized apps, videos, and horizontal mode. In other places, such as the home screen layout and elements, Apple has zoomed the layout of iPhone X. I wish they would have given the option, but I’ve mostly gotten used to it. 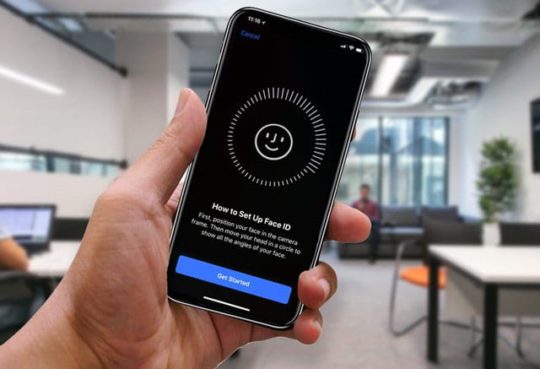 Apple says the new A12 Bionic chip in the XS is 30% faster than the X, however any difference in imperceptible at this point. Apple is likely beginning the process of future-proofing their devices as they trickle down the lineup, from the $1000-prices to more affordable models. Expect to start seeing iPhone’s in the world longer than the typical two years.

Day-to-day, my experience with the iPhone XS has been excellent. Everything is fast, fluid, and works how I’d expect. However, this was my experience with the iPhone X until the day I switched it, so this did not surprise me. That isn’t to disparage the X for remaining great, it proves that Apple is adding more long-term viability to these devices, but the year-to-year performance upgrades are less noticeable than ever.

The most notable addition to iPhone X last year was Face ID, which allows users to unlock their device and authenticate using their Face. The feature received positive reviews on launch, but has since grown to acclaim over the past year. While Apple did not advertise it, Face ID is noticeably improved on iPhone XS and XS Max. In my testing, it is around 25% faster in most instances over the iPhone X.

The battery on iPhone XS is arguably one of the best upgrades on the new models. Apple promises 30-minutes over the iPhone X on the XS and an hour-and-a-half over X on XS Max. While I can’t speak for the XS (though from what I hear, this number is an underestimate), my XS Max has regularly gotten 12-14 hours of screen time on a single charge, far better than any previous iPhone.

The camera in iPhone XS and XS Max is the largest year-over-year upgrade in the history of iPhone. This is saying a lot when you consider things like the addition of video in iPhone 3GS and the dual-camera in iPhone 7, but I think this is an objectively true comment.

Comparing two photos between the iPhone X and XS in any environment reveals significant improvements to details, colors, and lighting. This is partially due to the new ‘Smart HDR’, which takes multiple photos at different exposures and combines them using machine learning into a better photo. As reported by others, the front facing camera is preforming some artificial smoothing of faces that is not desirable though not terrible.

iPhone XS also includes improvements to the Portrait mode first introduced in iPhone 7. Users can now change the exposure of portrait photos after taking an image, which results in some very nice effects. However, I wish Apple had spent more time improving the mode itself, as it is still far from perfect and frequently makes unusual errors.

Overall, having used many of the current flagship phones, I would say the iPhone XS is easily the best camera ever on an iPhone, and any phone besides the Pixel 2 XL, which has a slight advantage.

Should you buy it?

The iPhone XS and XS Max are clearly the best iPhone ever made, however, you probably shouldn’t buy one.

The one caveat to this is if you are someone who really likes big screens and big batteries. The iPhone XS Max is a giant step forward in both of these categories, and if you are willing to put up the $1100 starting price, you’ll be very happy.

If you are unsure or don’t fall in that category, you should definitely wait for the iPhone XR, which comes out in October. The device features a 6.1-inch LED display that is almost as big as the iPhone XS Max, the same internals, and a single-lens camera for $749. Assuming there aren’t any glaring flaws on release, that is likely going to be the iPhone for most this year and for years to come.