You are here: Home / iPhone / iPhone 7, What’s the Big deal with AMOLED Displays?

Over the past few weeks, I couldn’t help but notice the number of posts on the net talking about the potential of AMOLED display unit on the next generation of iPhones, namely the iPhone 7.

It appears that KGI Securities ming-Chi Kuo is becoming a household name when it comes to Apple iPhone rumours. So I decided to check a few things out for myself.

What is an AMOLED display?

What better than Wiki to start with? AMOLED (active-matrix organic light-emitting diode, /ˈæmoʊˌlɛd/) is a display technology used in smartwatches, mobile devices, laptops, and televisions. OLED describes a specific type of thin-film-display technology in which organic compounds form the electroluminescent material, and active matrix refers to the technology behind the addressing of pixels.

It is no surprise that Samsung and a few other device manufacturers have been using OLED technology for a while now. Infact, the latest Samsung Galaxy 7 edge as well as the Galaxy 7 have both OLED displays. 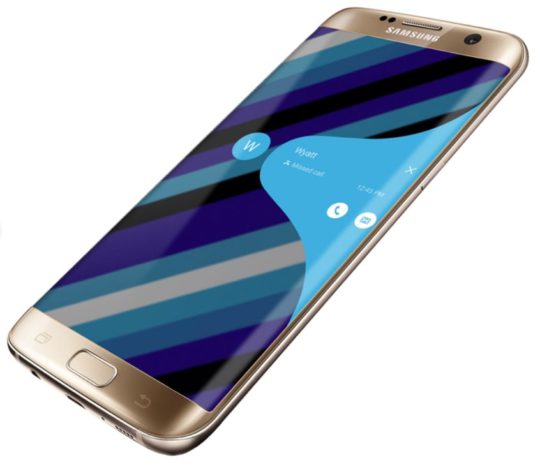 The Galaxy S7 and Galaxy S7 Edge both have very high 2560×1440 pixel resolution and 535+ pixels per inch (ppi) displays producing images that look perfectly sharp (for normal 20/20 human vision) under all normal viewing conditions. iPhone 6 phones are still in the traditional LCD era . The OLED aka AMOLED display technology is also the contributing factor that makes a phone thinner, lighter, provides a very fast response time and an always on display mode

In looking at some Battery time comps between iPhone 6S plus and Samsung Galaxy S7 via Knowyourmobile.com, you can clearly see the advantage of Samsung’s dominance.

Looking at the stats above and correlating the superiority just to OLED display could be a little misleading. The S7 Edge’s 3600 mAh battery is fairly larger than the iPhone’s 2750 mAh pack. Apart from the battery size, what is more important is the software that powers the phone. Although the iPhone 6S Plus is a LCD model with a smaller size battery, it still provides you with enough juice to go for two straight days if you use the device for non-gaming applications.

So, Basically a sharper looking iPhone whose Battery kicks ass……Right?

Apple always like to do things its own special way. Long before the rumors around Apple’s contract with Samsung and LG for OLED displays started circulating, Apple has been very busy in the display space via its unique OLED patents.

The number of patents filed and received by Apple last year for this technology application is staggering. From an innovative design of using a flexible OLED display, using embedded sensors for advanced haptics for new iPhone models with OLED displays to a wrap around AMOLED display, Apple has been covering it all.

It has also been developing focused technology to get the maximum benefit out of energy conservation when it comes to this technology. In one of its patents it discussed employing a switchable layer on an OLED display to get upto 30% more power efficiency than a comparably sized LCD screen, while still providing superior frame rates and/or contrast.

If the iPhone 7 comes with a faster A10 processor powering the OLED displays, we can expect magical brilliance from the new unit in terms of features that are out in to take advantage of this leap into the next display platforms.

When you think Apple, you always think of something unique, a design that beats your best expectations and at the same time is very functional. There are already reports from Ming-chi that Apple may be dropping its aluminum casing and going for a super sturdy all glass enclosure.

I’m pretty sure that the iPhone 7’s AMOLED features are not going to be a “Just Because”. Just because Samsung and LG sport it in their devices, we are not going to see the feature on iPhone 7. If anything, glancing from all the patents filed recently, it will have its own bells and whistles. Moving to a OLED display will help in designing a sleeker device with more features and energy conservation.

What keeps me up at night is thinking about the new iOS 10 Features that it may introduce with these new iPhone 7 models.

What are some of your expectations around the features of the new iPhone 7 and more importantly iOS 10?