Last month, during Apple’s Peek Performance event, there was an exciting product that wasn’t announced: The updated MacBook Air. For those that don’t know, it’s been rumored for several months now that Apple is working on a colorful MacBook Air to match the colorful iMac lineup it launched last Spring. Unfortunately, we didn’t see this product launch this Spring, but what we have seen are some rumors surrounding a 15″ MacBook Air.

The MacBook Air has always been a smaller laptop (hence the name). The larger screen sizes are reserved for the Pro models, helping to bump the price tag even higher. But there are a lot of users who want the lightweight feeling of the MacBook Air with the real estate of a MacBook Pro.

In this post, we’re going to look at the rumors surrounding a product that could deliver exactly that experience.

The 15″ MacBook Air is a rumored device from Apple. The MacBook Air has only ever been 13″, so an upgrade to a 15″ display would be pretty substantial.

If the rumors are true, this will mark an additional redesign for the Air following the expected colorful redesign this Fall. It’s currently unclear if these products will be available alongside one another, if the 15″ model will offer numerous colors as well, and so on.

For the most part, we don’t know a lot about this potential device. We do know that Apple has considered making a 15″ MacBook Air before. And we know that the original Air model was almost launched with a 15″ display.

We have also heard rumors that this 15″ MacBook won’t be an Air, but instead mark the return of the “MacBook”. The MacBook has oddly disappeared from Apple’s lineup in recent years, and some believe this 15″ device may signal its return.

Is it the same thing as the rumored colorful MacBook Air?

For now, it doesn’t seem like the 15″ MacBook Air is the same as the rumored colorful MacBook Air. We still expect the colorful model to launch this Fall. Although as mentioned, we aren’t sure what the relationship between the 15″ and the 13″ models will be if they do launch in succession.

Most likely, though, the 15″ MacBook Air and the 13″ MacBook Air will be available at the same time. They’ll probably be presented as two variations of the same device rather than one being the replacement for the other.

So if you’re waiting for the colorful MacBook Air this Fall like I am, rest easy! We don’t expect the 15″ model to replace the upcoming Air in a significant capacity anytime soon. And that’s assuming the rumors are even accurate.

Evidence for a 15″ MacBook Air

Alright, now that you have an idea of what the 15″ MacBook Air is, let’s get into the rumors! There isn’t a lot of information on this device, but I’ll do my best to give you all of the basics. That way, you can know what to expect and make your purchasing decisions accordingly. Just bear in mind that none of this is official, and we probably won’t know Apple’s plans around this device for sure until 2023. These are early rumors!

When will it be released?

Right now, the rumors are suggesting that we’ll see the 15″ MacBook Air in early 2023. And if that deadline doesn’t turn out to be true, then we expect to see the Air later rather than sooner. It’ll be pushed further into 2023, not earlier.

That means that, if this product is in the works, you can expect it to launch during the Spring 2023 Apple event. Apple usually holds an event in the Spring of each year. It’s during that future event that we expect this MacBook to be unveiled.

There isn’t too much information on what this product will look like at this time. This is unfortunate since we’re hoping for a redesign of the MacBook Air this Fall. This MacBook could turn out to look just like the colorful, boxier MacBook Air we’re expecting in late 2022. Or it could resemble the MacBook Pro models.

We also have little insight into what colors this device will be available in. It could just be the typical variations of grey, or it could feature a full-blown colorful lineup like the current iMac run.

I’d be lying if I said I wasn’t hoping for the latter! I’ve grown pretty sick of the grey MacBooks over the years and hope that, if there is a larger MacBook Air on the way, it features a more vibrant design. 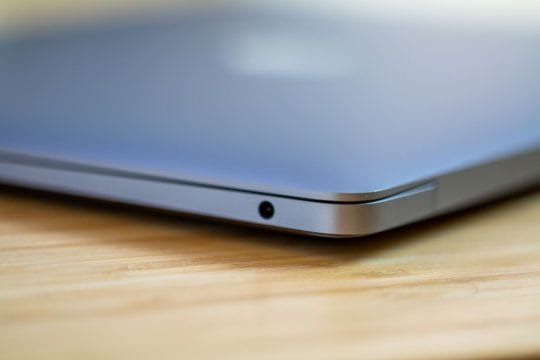 Where are the rumors coming from?

As of now, these rumors are primarily coming from Mark Gurman, a Bloomberg writer. This writer has been accurate in the past and potentially has access to leaks the rest of us don’t. But it’s important to note that this is one of the only sources for this rumor right now.

Now, that’s not necessarily strange considering how far in advance we’re getting this rumor. It’s about a year away at best, so the idea that the leaks surrounding it are few and far between isn’t unlikely.

That said, it does make it a bit harder to be excited about this product given that there’s little evidence backing it up and a lot of talk about what it will look like.

How likely is the 15″ MacBook Air to become a reality?

In my opinion, the 15″ MacBook Air is pretty unlikely at this point. While the rumors seem convincing, there’s little to back them up and very few reports confirming the little rumors we do have. When you don’t have a lot of information or support for the information you do have, that doesn’t provide a lot of confidence.

I also find it unlikely that Apple would build a larger non-Pro MacBook. This is something they’ve never done before. I think it would undermine a lot of MacBook Pro sales. Especially since the M1 chip has already made the Pro lineup a bit redundant.

Still, Apple may be working on this device. I wouldn’t write it off completely, but I’m not holding my breath, either.

Should you wait for the 15″ MacBook Air?

Given everything we’ve covered, it should come as no surprise that I don’t think you should wait for the 15″ MacBook Air. It’s too uncertain to make any kind of commitment right now. Unless you have a brand new MacBook on your hands or one without any problems, I say go ahead and upgrade today. Or wait for the colorful redesign of the MacBook Air coming this Fall.

Are you excited about the 15″ MacBook Air?

And that’s it! That’s everything there is to know about the possible 15″ MacBook Air set to launch in 2023. We don’t know much at the moment. But I do know that there are a lot of MacBook users who are excited about this possibility. Hopefully, the rumors turn out to be true! Let me know in the comments below if this is a device you’re interested in. Or let us know if you prefer the smaller MacBook Air form factor.