You are here: Home / iPhone / Looking Ahead at iOS 13 – What Apple Needs to Bring to the Table

In June, Apple is likely to reveal the next software version for iPhone and iPad. Likely called “iOS 13,” the update will make its way through the developer and public beta progress during the warm months of summer. In September, the first official public version of iOS 13 will likely be released ahead of the launch of the 2019 iPhone models.

Until Apple officially announces iOS 13, we’re left to guess which features might be arriving later this year to our iOS devices. Here are a few items I’d like to see:

Apple’s iOS (and its predecessor iPhone OS) have been around for over 12 years. Since then through yearly software updates, the company has grabbed nearly all of the low hanging fruit regarding new features, except one. Dark Mode has already arrived in macOS and the time has long passed for something similar to drop on Apple’s mobile devices. 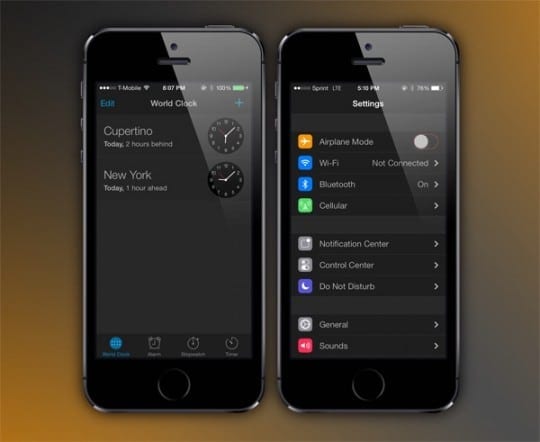 A Dark Mode, as opposed to Night Shift, would allow you to change the background of everything on your screen to a darker hue whenever you want or automatically. In doing so, your eyes (especially at night) would be more rested.

With iPhone screens getting larger, the time is right for Apple Pencil support to arrive for the company’s smartphone lineup.

I love taking photos with my iPhone XS Max and enjoy using the official Camera app. Still, it’s about time the app gets a 2019 facelift.

My advice: Apple should rethink the Camera app to include two modes: one for everyday users who want to snap a photo and forget about it, and one for those more open to using professional tools such as ISO, color balance, and shutter speed. Yes, there are plenty of third-party camera apps that already provide this flexibility. But, the official app should too.

My advice, part two: Many of those third-party apps are littered with filters, both good ones and bad that are available through in-app purchases. Perhaps Apple would be wise to begin offering premium Camera and Photo options like advanced filters and frames as well.

Apple loves promoting the super-resolution displays found on the iPhone XS and iPhone XS Max. Despite this, the company refuses to bring Google’s royalty-free VP9 codec to iOS. In doing so, you can only watch YouTube videos at 1,920 x 1,080 and not 4K.

This crazy limitation doesn’t make sense and is unacceptable, given what Apple charges for its top-tier smartphones. The company should always try to match the superior hardware it offers with the best software — even if that means embracing something it hasn’t developed.

On some Samsung devices, you can activate an always-on display that shows the current time and weather forecast. Something similar would be nice on iOS devices. No, I’m not suggesting Apple play copycat. However, I don’t think it’s asking too much for it to look at the competition for some inspiration on this front. Bring us an always-on display, Cupertino-style, Apple.

You can already view more than one app on iPad using the so-called Split-View. Apple should take this a step further by introducing an app-based split view. In doing so, you could use two instances of an app simultaneously.

Owners of a 2018 iPad Pro can already use Face ID horizontally and vertically. The same functionality should come to iPhones that support Face ID, including the iPhone X, iPhone XR, iPhone XS, and iPhone XS Max. 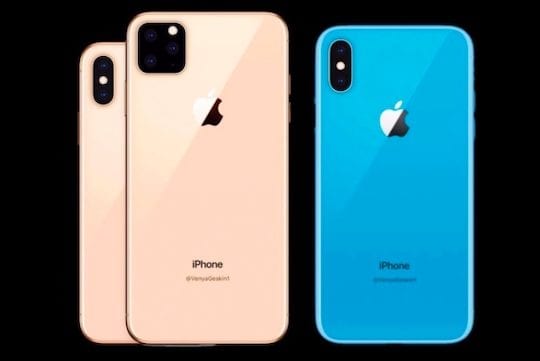 If Not Separate Logins, Separate Accounts

I’m convinced Apple will never bring separate logins to iOS devices to the consumer market, and I’m okay with this. However, I would like the company to figure out a simple way for Apple Music family members to be able to use the same devices but only access their favorite songs and albums.

For example, my daughter owns an iPad with her own Apple Music account that’s part of a family package. Often, however, she likes to use my iPhone to listen to music. Because of this, the Apple Music app contains a nice mix of my favorite songs and hers.

Make It More About iPad

Back in 2017, Apple introduced iOS 11, which featured many iPad-specific additions such as a multitasking interface, split view, picture-in-picture, and more. In iOS 13, more changes are necessary for Apple’s larger mobile device, the iPad Pro lineup in particular.

Over the years, Apple seems to have gone back and forth on whether the iPad Pro is intended to replace your computer. The current thinking seems to be centered somewhere between perhaps and yes, although most iPad Pro users would probably conclude we aren’t quite there yet regardless.

The 11-inch and third-generation 12.9-inch iPad Pro released late last year are the first to include USB-C, which makes it possible to charge other devices using the tablet. Couple this with the much more efficient Apple Pencil 2, and it’s clear Apple is at least nudging the iPad Pro into the direction of being more like a computer.

With the most expensive iPad Pro model now going for nearly $2,000, let’s hope iOS 13 opens the door to more professional features for Apple’s tablet lineup. Among the things, I’d like to see are mouse support (finally) and the ability to read external storage. It’d also like to see the company introduce a few more accessories that work with the iPad Pro’s Smart Connector.

The iOS Home screen has always displayed a static weather icon. Shouldn’t the icon reflect the current conditions, just as the Clock app shows the current time? What about the Stocks app icon, which could prove more useful by showing “red” and “green” days, depending on how the market is doing? This brings us to …

Again borrowing from macOS, Appel should introduce dynamic wallpaper on iOS 13 that would change based on the time of day. Better still, open this feature up to third-party developers too. Adding more native Live wallpapers to iPhone would also be nice.

Apple will almost certainly announce the successor to iOS 12 in June at this year’s Worldwide Developer Conference (WWDC). What new features would you like to see debut on iPhne and iPad later this year? Let us know in the notes below.