You are here: Home / iPad / Microsoft Surface Go vs. Apple iPad: Which is Best For You?

The device, which is lower-cost and more portable than Microsoft’s other hybrid devices, is seemingly meant to compete with Apple’s new 9.7-inch iPad, which it unveiled in March.

Both devices are fairly similar in form and function, even if their operating systems are wildly different.

If you’re in the market for a new tablet or hybrid device, we’ve compared and contrasted both the Surface Go and the 9.7-inch iPad so you can decide which device is best for you.

Put simply, the iPad and the Surface Go are fairly evenly matched when it comes to their general specifications.

But we can dive deeper into their similarities and their differences. 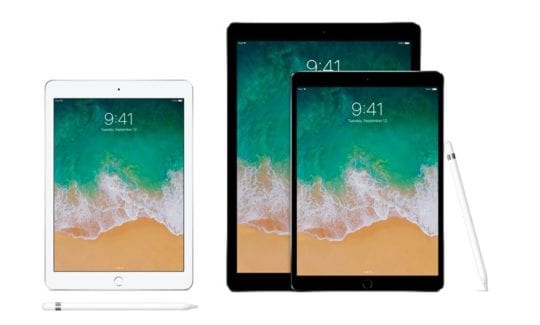 As you can see above, both the iPad and the Surface Go sport similarly sized touchscreen displays. They also have the same general footprint, with the Surface Go coming in slightly larger and heavier.

The iPad has a higher resolution display, but its front-facing camera has fewer megapixels — 1.2MP versus the Surface Go’s 5MP. Both rear cameras are 8MP.

The Surface Go sports 4GB of RAM, compared to the iPad’s 2GB. Though it’s worth noting that Apple devices are extremely efficient with their typically lower RAM specs.

By most accounts, the biggest performance difference between the two devices comes down to graphics. While the Surface Go has a decent GPU, the iPad easily outpaces its overall graphics performance with Apple’s A10 Fusion chipset.

Both tablets are, of course, available in several storage configurations.

It’s hard to argue that both devices have a relatively “premium” look and feel. The build quality and portability are undeniably excellent for both.

Again, the iPad is slighter smaller and lighter than the Surface Go.

When it comes to external connectivity, the Surface Go edges out the iPad. It has a USB-C port, a MicroSD card slot, and a headphone jack. 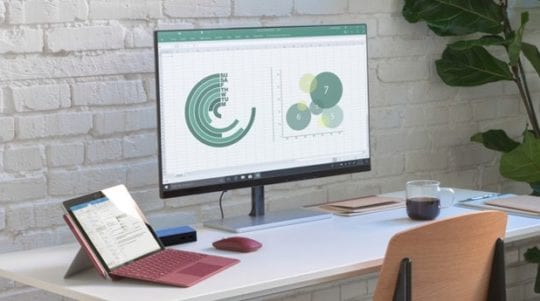 While the iPad has a headphone jack, its only other port is a Lightning connector. That’s great for those in the Apple ecosystem, but it does limit the variety of accessories it can use.

Curiously, neither device comes with any accessories. That means you’ll have to fork over extra money for an external keyboard case or a stylus.

For most people, the most notable difference between the two tablet devices is going to be the ecosystem.

That includes the ability to use a cursor, along with an operating system that’s much more “open” and customizable than iOS.

The merits and drawbacks of a hybrid system are up for debate. But it’s hard to argue that, purely in the tablet space, the iPad is hard to beat.

Apple’s iOS is already a great piece of software. But if you throw in the App Store, you’re looking at over a million apps that have been specifically optimized for a tablet ecosystem.

Last but not the least, You cannot beat the Privacy and Security offerings from Apple.

The base-level 64GB variant of the 9.7-inch iPad starts at $329. Again, without any accessories.

By contrast, the most basic 64GB model of the Microsoft Surface Go retails for $399 with no accessories.