You are here: Home / News / New iOS 9.3.1 vulnerability provides access to photos & contacts without your passcode 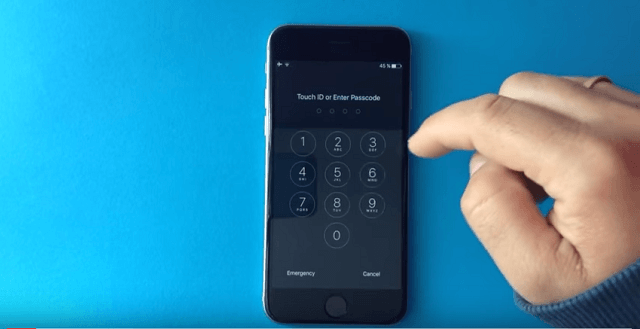 Let’s just not even mention how horrible it was to even set up the official iOS 9.3 firmware that Apple released on the same day they introduced the iPhone SE. A lot of users were complaining about the activation error, Wi-Fi problem, and much more after upgrading to iOS 9.3. I personally thought it was the worst experience throughout my five years of using an iPhone.

Of course, I wasn’t pointing fingers at the overall iOS 9 but just the updating and setup process. Right after the iOS 9.3 problems, Apple released a new build for older iPads to fix the bricking issue and then iOS 9.3.1 came out to address the known issues that users reported.

Unfortunately, it didn’t work but bring more trouble to Apple. A YouTuber named videosdebarraquito had found a new exploit. This person was able to bypass iOS 9.3.1 lock screen and get access to the iPhone’s Photos and Contacts app.

In a nutshell, this vulnerability lets anyone get their hands on the Photos and Contacts applications of your iPhone 6s or 6s Plus. For the sake of privacy, we won’t list the steps in this post, but you can carefully watch the video below to find out more.

It’s also important to note that this exploit is only achievable using 3D Touch pop-up feature and with the help of Siri. As a result, you can only get access to the two iPhone 6s and 6s Plus apps.

Give it a try and let us know how that goes for you. After reading some comments online, we can confirm that this will only work for iOS 9.3.1.